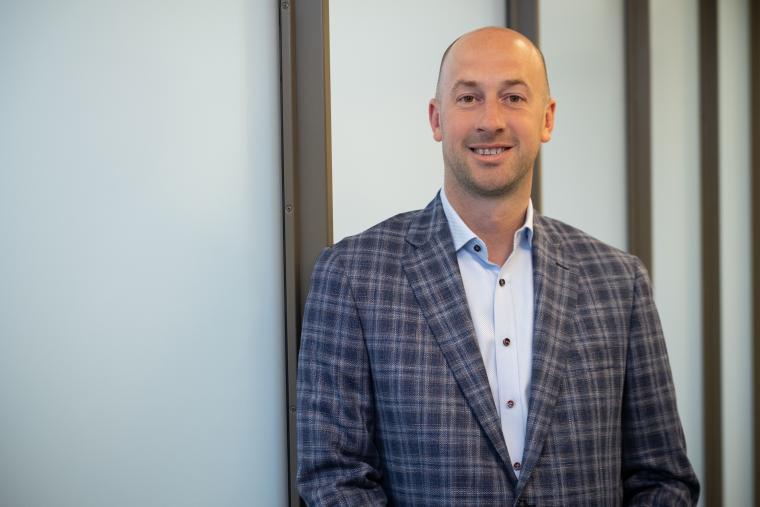 ALEXANDRIA, PENNSYLVANIA (July 24, 2019) — Paul Rumler has been awarded the Association of Chamber of Commerce Executives 2019 40 Under 40 award. Paul Rumler currently serves as President and CEO of the Quad Cities Chamber, where he joined the team in April 2018.

The 40 Under 40 award is a new honor presented by the Association of Chamber of Commerce Executives (ACCE) meant to highlight the brightest men and women under the age of 40 in the chamber industry. This award recognizes young professionals that have demonstrated significant success in their career as well as having made noteworthy contributions to their community. Each award recipient has made a remarkable impact on the chamber industry, fostering a positive impact in their community.

“With 13 years in the industry, Paul demonstrates the value a chamber of commerce can bring to a community,” states the nomination form submitted by Aaron Tennant, CEO of Total Solutions and chair of the Quad Cities Chamber. “Paul shows exemplary leadership in the Quad Cities region as CEO of the Quad Cities Chamber. If Paul is in the room, you know there will be fresh ideas and perspective shared. Everyone steps up their game when he is present. He is a tireless advocate for regionalism and makes it a priority to bring key stakeholders to the table to discuss issues that matter to the Quad Cities community.”

This year’s competition drew over 118 nominations on behalf of young professionals in the chamber industry. Candidates for this honor demonstrated meaningful involvement in the advancement of their community and proven professional success within their chamber.

Rumler was recruited back to the Quad Cities after being in Michigan for two years as the Grand Rapids Chamber’s Chief Strategy Officer. He had been with the Quad Cities Chamber and preceding organizations since 2006, serving in roles ranging from talent attraction and retention, community development, public policy and economic development. Rumler’s previous distinguished awards include: “40 Under 40 Leader in Economic Development” from Development Counsellors International in 2015 and an Athena Male Champion of Change in 2019. Rumler has been very engaged as a volunteer leader in the community, serving on several local and statewide boards and committees, and currently serves on the boards of John Deere Classic, Two Rivers YMCA and Visit Quad Cities.

The full Forty Under 40 class was announced publicly at the ACCE Annual Convention in Long Beach, California. Following convention, award recipients will be featured in the summer 2019 Chamber Executive magazine issue set to release in August.

Established in 1914, ACCE is an association of 9,000 leaders from 1,300 chambers of commerce, including 93 of the top 100 U.S. metro areas. The combined membership of ACCE chambers is close to one million businesses. Chamber leaders look to ACCE for best practices, networks, and new ideas that will help them advance the interests of their communities. ACCE recommends successful programs and strategies, and identifies trends, partners and business models that show promise. For more information, visit www.ACCE.org.