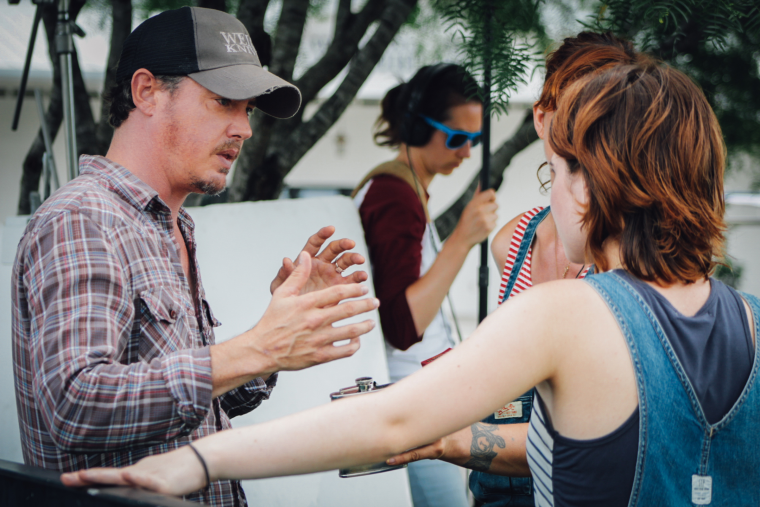 Director David Franklin will present his 2016 independent movie debut, As Far As the Eye Can See, which stars Jason London (Dazed and Confused), beginning at 6:30PM.

The event opens with cocktails and a meet-and-greet. The movie will begin at 7PM, with the Q&A following directly afterward.

A former producer and editor with CBS’ 48 Hours television series for more than ten years, Franklin won an Emmy for outstanding continuing-coverage of a news story in a news magazine in 2015. Franklin also has taught as a film professor.

“As Far As the Eye Can See was a major career highlight and the culmination of a dream I'd had since I was a teenager in the Quad Cities to direct a movie myself. I’m thrilled to have this opportunity to share the film with friends, old and new, in the place where I first developed my love for this medium." Franklin said. “I look forward to sharing our journey of developing the film from the original idea all the way through to its world-premiere at the 2016 Montreal World Film Festival, and inform and hopefully help to inspire the next generation of Quad Cities filmmakers and movie buffs in the process.”

Set in rural Texas, the film follows Jack Ridge (London), a former piano prodigy, who, after a self-inflicted injury, puts his performance career on hold, as well as the possibility of participating at the annual county-piano competition. With no wife, little friends, and nothing but regrets, the act threatens to burn Jack's last remaining bridge to the town he grew up in.

“As a former Quad-Citian, David’s success in the television and movie industries is an inspiration to us all, and we are excited to host his film at our GIANT Screen Theater,” said Michele Darland, relationship advancement director at the Putnam.

“Movie-lovers won’t want to miss this opportunity to enjoy a great movie, mingle with friends, and learn how one of our neighbors would go on to win an Emmy and independently produce a movie.”

Tickets are $9 for adults, $8 for seniors, youth, military, and college students; Putnam members save $1 on tickets. Seats are limited, and advanced purchase of tickets is strongly encouraged.

The Putnam has been inspiring ideas, dialogue, and interaction among people of all ages for 150 years. Today, we’re better than ever with hands-on fun for the whole family. Launch rockets or interact with a robot in the Science Center, “touch the untouchable” in the Augmented Reality Experience, visit our famous mummies in Unearthing Ancient Egypt, climb into a tree house in Black Earth | Big River or go back in time to see our region’s history in River, Prairie, and People. Also experience internationally-recognized traveling-exhibits or take in a movie in the GIANT Screen Theater with a screen towering six stories tall. Our welcoming team is dedicated to helping you discover and explore in a friendly and engaging place.