What's in a Nickname? Monmouth College Alum Pio Discovers a Lot in Book about D3 Schools 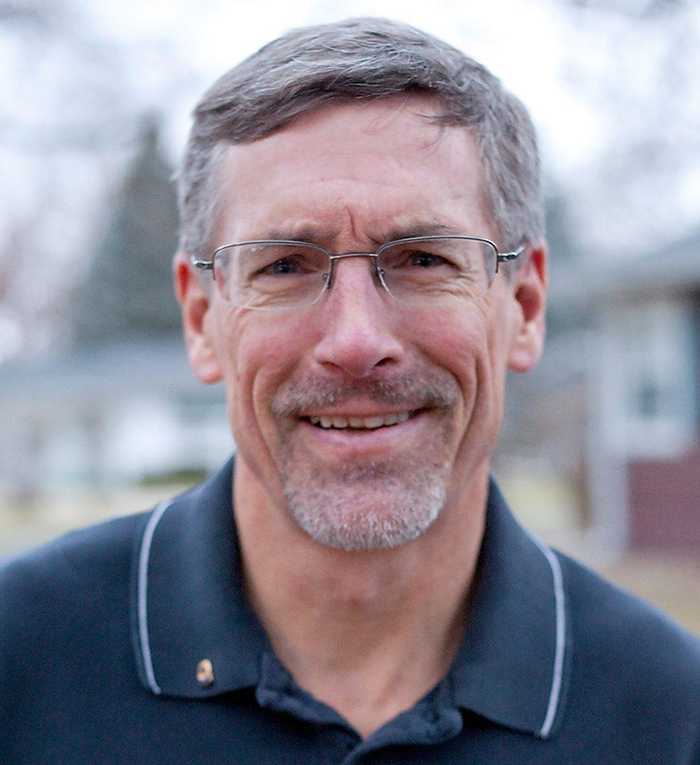 MONMOUTH, ILLINOIS (September 29, 2021) — A former Fighting Scot who also coached the Prairie Fire and has children who are a Kohawk and a Ram has written the definitive book on D3 nicknames.

"I'm just pleased to get it out of my head and into print," said 1984 Monmouth College graduate Chris Pio of his new book, Gryphons, Gorloks & Gusties: A History of NCAA Division III Nicknames and Mascots.

The 289-page volume contains stories of 450 D3 colleges and universities — 439 active schools and eleven former institutions that have closed or consolidated in the past five years. The book covers schools' nicknames, colors, locations, and mascots. The history, evolution, and relevant meaning of the nickname and a description of the team mascot are recorded, along with over seventy color photos showcasing the diversity of the current mascots. 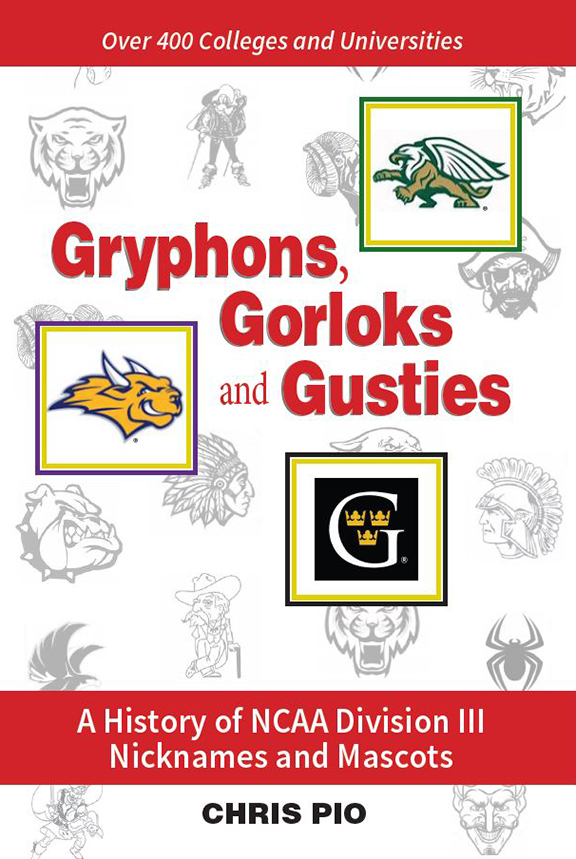 A breakdown of the nicknames, mascot characters, and conference membership of the active group is included to complete a thorough reference on what Pio called "the wonderful institutions of this truly unique group of colleges and universities."

"I wrote this book explicitly for an NCAA Division III audience," said Pio, a Peoria, Illinois, native who lives in Galesburg, Illinois. "It is my hope that coaches, sports-information directors, athletic directors, staff members, student-athletes, family members, and school alumni receive it well and take pride in the special place that Division III athletics holds within our lives. I hope that everyone enjoys reading it as much as I did writing it."

Cowboys and Jumbos and Polar Bears, oh my

Pio learned that some version of Hawks, Eagles and Lions are the most common team nicknames. For the book's title, he chose to highlight three nicknames that were not only unique, but alliterative. (Gryphons is the nickname of Sarah Lawrence College, Gorloks is Webster University, and Gusties is Gustavus Adolphus College.) They have interesting back-stories that can be found in the book, as do many others.

"There are a lot of schools that have uncommon stories for how they chose their nickname," said Pio. "Hardin-Simmons in Texas is the Cowboys, in honor of Bonanza star Dan Blocker, who was a student there. Bowdoin College in Maine is the Polar Bears, because one of their graduates discovered the North Pole. Tufts teams are the Jumbos because of the famous elephant of Phineas T Barnum, who was one of the original trustees of the school. Those are three uncommon ones that come to mind that most people don't know about."

Pio competed in cross-country and track in the early 1980s for Monmouth, whose teams have been known as the Fighting Scots since 1928. He placed second individually at the Midwest Conference cross-country meet his senior year. He then served as the head coach of the Fighting Scots cross-country teams and women's track program for eleven seasons, winning nine MWC championships. Researching those accomplishments takes no time at all, thanks to record books Pio established for Monmouth athletic programs during his time as SID.

Pio also coached at nearby Knox College, who were known as the Siwash before changing their nickname to the Prairie Fire in 1993. One of his children, Lauren, swims for Coe College, known as the Kohawks since 1922. His son, Scot, attends nearby Cornell College, which switched from Purples and Hilltoppers to Rams in 1949.

Pio said he worked on the book on and off during the past two decades since he left his SID post. Two events helped bring it across the finish line, a feeling he's also had at the end of four Boston Marathons.

"The project sat dormant for a while, but I had an injury in 2017, and while I was doing the rehab for that, I began working on the book again," said Pio, who has served as the public-address announcer at three NCAA Division III track meets. "It really took off from there, and I began working on it whenever I had free time."

Pio traces his love of sports back to his father, Jack, who he said was also "a very big influence" on the book.

"We watched a lot of sports together through the years, Cubs games and football and things like that," he said. "He passed away unexpectedly in February of 2020. His passing gave me the motivation to set a deadline to finish it. So there's a personal attachment to it as well. I wanted to dedicate it to my dad. I finished it for him."

Pio did all the writing, editing, and proof-reading for the book, but he delegated one assignment: The book's cover art was created by his younger brother, Chad, a professional graphic designer.

The book has been live on the Amazon Books marketplace since late August, and Pio has been pleased by the initial feedback.

"The response from people, especially friends and fellow alums of Monmouth, has been a huge surprise and extremely humbling," said Pio. "I had no idea if the subject would be interesting to anyone but me, so the project remained a secret, and I kept plugging away with writing and refining the entire collection until it was done. It's been terrific to hear the words of support and encouragement from our Monmouth friends."

He has also been surprised by the comments he's received from readers outside the region.

"Hearing back from folks outside of the Midwest has been especially gratifying," said Pio, who has received positive comments from SIDs and conference commissioners, among others. "It's neat to realize that there are others out there who enjoy the subject matter as much as I do. They say things like 'This is a great idea' or 'I've always wanted to read something like this.' Those comments are really pleasing to hear."

"Bobbi has been so wonderful and supportive since the book was released, spreading the word to friends and on social media. It's nice to leave a legacy for my children and show them to never give up on their dreams."

And that dream will continue, as Pio is moving forward on a similar book for Division II universities. A book about Division I athletic nicknames would logically follow.