Wisenheimer Brings the Laughs to The Black Box Theatre 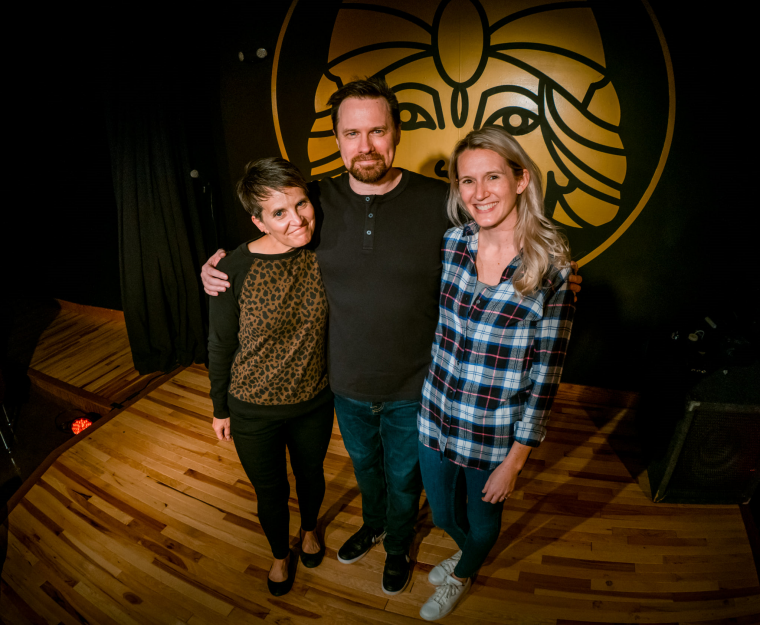 The troupe of Leslie Mitchell, Jeff De Leon, and Jen Kuhle have a myriad of improv training from nationally-renowned institutions, and travel the country performing at comedy festivals.

In 2015, the troupe launched Wisenheimer: The Podcast, available on Apple Podcasts and Stitcher.

Opening for Wisenheimer is Des Moines stand-up comedian Jameson Cox. Originally from Florida he now lives in Iowa. He was the house MC at Penguins Comedy Club in Cedar Rapids where he worked with notable comedians like SNL’s Chris Redd and Sam Tallent, and has been a featured performer in comedy festivals around the Midwest.

Tickets are $10 and are available at theblackboxtheatre.com or at the door (though we can’t guarantee there will be any left).