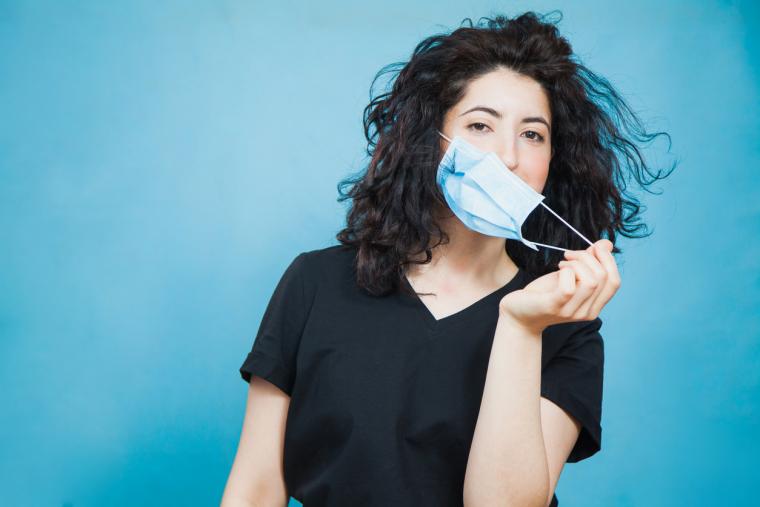 We all agree there is a new coronavirus known as SARS-CoV-2 that causes a disease called COVID-19, from which people have died. That's pretty much where the agreement begins to wobble as new information is discovered, building on the science and informing the relative risk, which in turn informs the extreme response that lingers with increasingly less justification.

Three critical new developments have occurred in the last few weeks to the media's and health department's consternation nationwide. The first is the best news. The SARS-CoV-2 virus is not remotely as lethal as originally feared. Now that the medical community has actual boots-on-the-ground data to inform its conclusions, the computer modeling and fear mongering that have flowed from wildly inaccurate predictions is forever debunked and on the ash pile of pseudo-science.

Despicably, that has not altered media's narrative by a punctuation mark, nor has all the fact-based science replaced any of the fact-free science, causing the world's population to operate like headless lemmings headed for the cliff. So naturally, the obvious question is once again begged: Why?

The second development is the discovery (more like unavoidable admission) that the rt-PCR tests being used to diagnose COVID-19 are functionally unreliable as a diagnostic tool because (a) the test is incapable of affirmatively detecting specific viral strains (i.e.; SARS2 versus SARS1, etc.) from microscopic RNA fragments and other particles captured in the swab; and (b) the test is incapable of determining the test subject's viral load.

Further translation: Because the PCR test cannot determine the amount of viral load a person is carrying, there is no way to know if he/she has enough virus to be contagious and capable of transmitting the virus. In order to be infectious, the host has to have enough viral load to be actually sick (have the disease), or at least show some symptoms … eventually. (The time frame has been all over the place; currently, it's four days.)

If a host has a trace amount of the virus, and is asymptomatic (not sick), yet tests positive, that is not automatically a “case” of COVID-19. It just means that host might have an RNA fragment that maybe might potentially be SARS-Cov-2 virus, but still not have COVID-19, the disease caused by the SARS-CoV-2 virus. Are you starting to get this at all? For example, when people test positive for HIV, they don't automatically have AIDS. Most positive HIV (the virus) carriers never get AIDS (the disease caused by HIV). It's like that, except SAR-CoV-2 (one of many viruses classified as coronaviruses) and COVID-19 (an infectious disease best characterized as a respiratory illness very similar to that of colds, flus, and some viral pneumonia) are not in any way as dangerous or lethal as HIV and/or AIDS.

Infectious-ology 101 drills into students the important distinctions in this basic terminology, including cause and effect, because understanding the differences is essential in the disciplines of immunology, virology, and infectious diseases. The media and health officials have successfully deceived the public by obfuscating, confusing, and blurring definitions of terms to undermine the average person's understanding of basic principles of everyday medical conditions that occur with regularity in humans.

So to recap: The host must be infected with enough virus to be contagious enough to transmit an adequate viral load at the time of contact with another person. That person then must absorb and replicate the transmitted virus (if conditions are right, but not a guarantee) to create his/her own viral load ample enough to eventually cause COVID-19, the infectious disease, and become ill … or slough it off without incident, never knowing he/she caught any of the virus to begin with, and thanks to nature, simultaneously creating his/her own immunity to the virus, and often to other similar viruses, going forward.

The health-surveillance apparatus is using functionally unreliable tests, yet claiming a positive result based on the detection of some RNA fragment that might or might not be specifically SARS-CoV-2. But because it is a fragment of some coronavirus, or merely a nucleic acid particle, the test is categorized as positive and the health community, not science and certainly not nature, confirms it as a positive “case” of COVID-19. This is regardless of whether a person is sick, or even has symptoms present, or whether he/she has been in contact with anyone who is sick, or has any symptoms.

SARS-CoV-2 is non-lethal for 99.9 percent of the world's population. Herd immunity is already well in place via antibodies prolifically present throughout populations, including more recently discovered T-Cell immunity that provides cross-immunity for all manner of coronaviruses and like-viruses that abound in our bodies.

According to the Center for Disease and Control (CDC), in a report that should be a game changer – except it isn't for the media and most health officials, politicians, and bureaucrats (this is where the power, politics, and a lot of the money, but not all the money, enters into it) – the survival statistics by age range for people who come into contact with SARS-CoV-2 and/or who actually develop actual cases of COVID-19 are as follows:

Which brings me to the third development: Only 6 percent of the approximately 210,000 U.S. deaths attributed to COVID-19 are recorded as strictly due to COVID-19 alone, with no other underlying or co-morbid causes. The remaining 94 percent have been found to have at least two critical co-morbidities or underlying diseases that were life-threatening, regardless of COVID-19. The likelihood of their deaths was inevitable, and accounts for why so many that died were already in nursing homes, hospice, or hospitals. However, because of the extreme restrictions imposed in response to COVID, too many of our dearest loved ones have passed alone, leaving canyons of sadness that may never know a bridge.

The much-awaited comfort, therefore, is that this recent downgrade of COVID as a pandemic level lethal threat means that even our beloved elders are less at risk than originally believed. In other words, there is much more hope for their recovery if treated properly, including a more prudent, dialed-back use of ventilators (despite a discernible increase in Medicare payouts when deployed, but now arguably responsible for most of the rare long-term damages and after-effects reported), continued protective protocols and safeguards.

Finally, as a cherry on top these three scoops of great news, while the media and health officials continue to ceaselessly hype an increase in positive testing as “cases,” there is virtually no increase in deaths or hospitalizations due to COVID-19. People can test positive all day long and not be sick, therefore not contagious. Nor has there yet to be a single instance of a child transmitting the SARS2 virus to an adult, worldwide.

In addition, the current deaths being reported worldwide are rarely, if ever, attributed to COVID-19 alone. No amount of distraction, misdirection, sensationalizing, greed, or political animus changes the evidence that confirms this flattening of the COVID curve. So catch up and rejoice, knowing that blinders will have to come off before masks do. And odds are always in our favor that we are going to live in spite of ourselves!

Voltaire's quote is very appropriate for these times: “Those who can make you believe absurdities, can make you commit atrocities.”