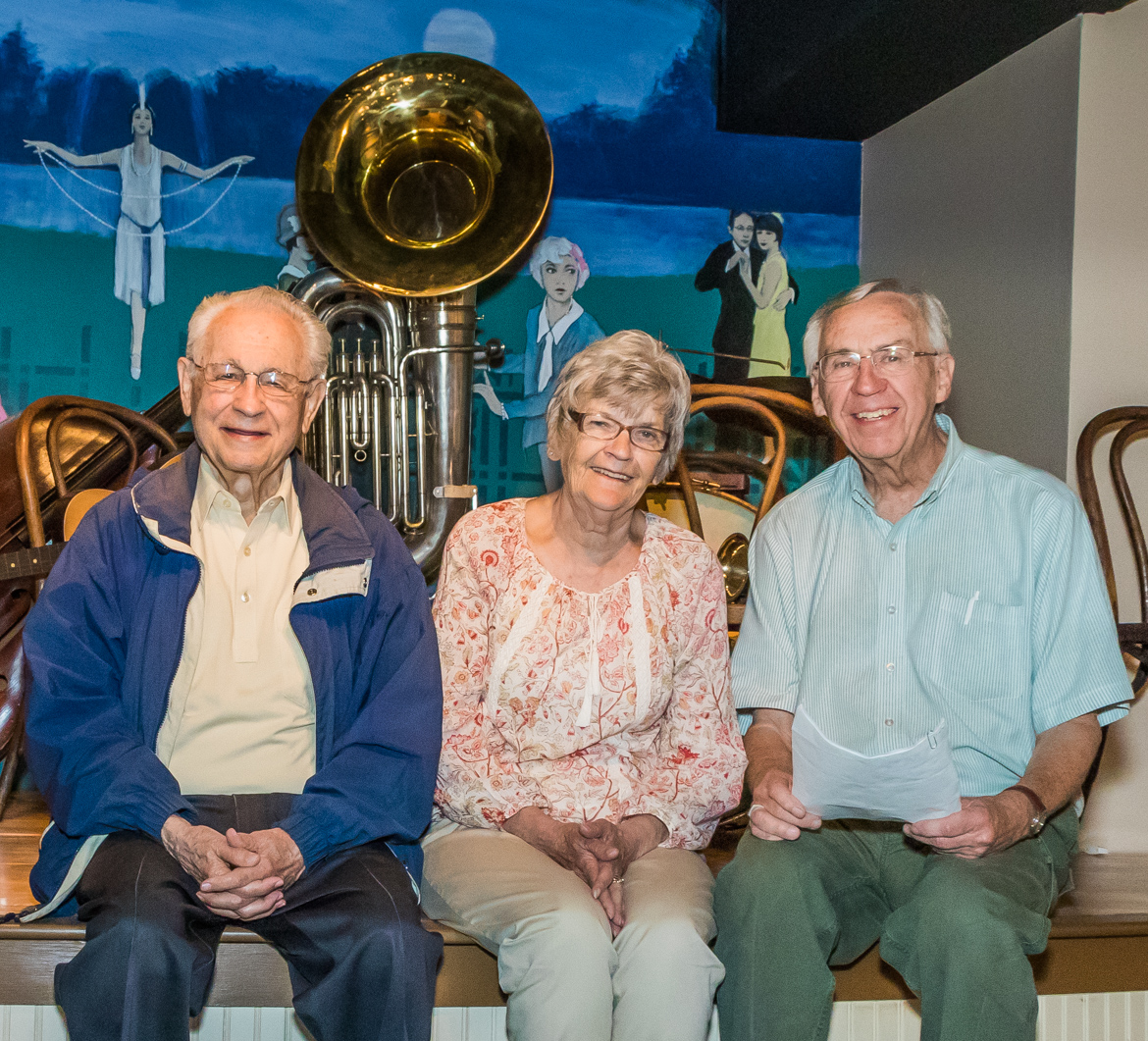 (Author’s note: After this article was published, the opening date of the museum was changed to Thursday, August 3.)

When the Bix Beiderbecke Museum & Archive opens to the public on July 24 in the River Music Experience basement, a major draw will be seeing and being in the presence of artifacts from the legendary jazz cornetist’s life – clothes he wore, instruments he played, reproductions of letters he wrote.

As museum developer Joe Hines said: “An exhibit like this doesn’t offer explanations; it [gives] impressions.”

While that might be typical of a biographical museum, the process of collecting those impressions and putting them under one roof has required extraordinary effort over decades. 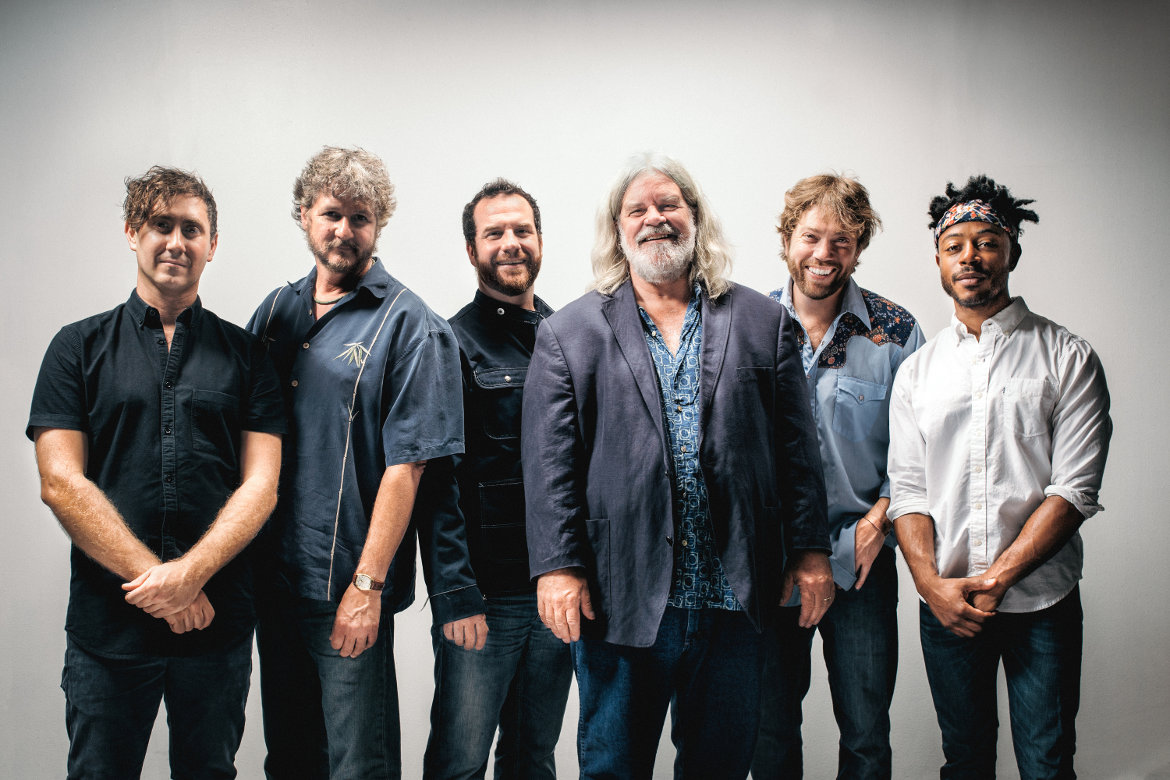 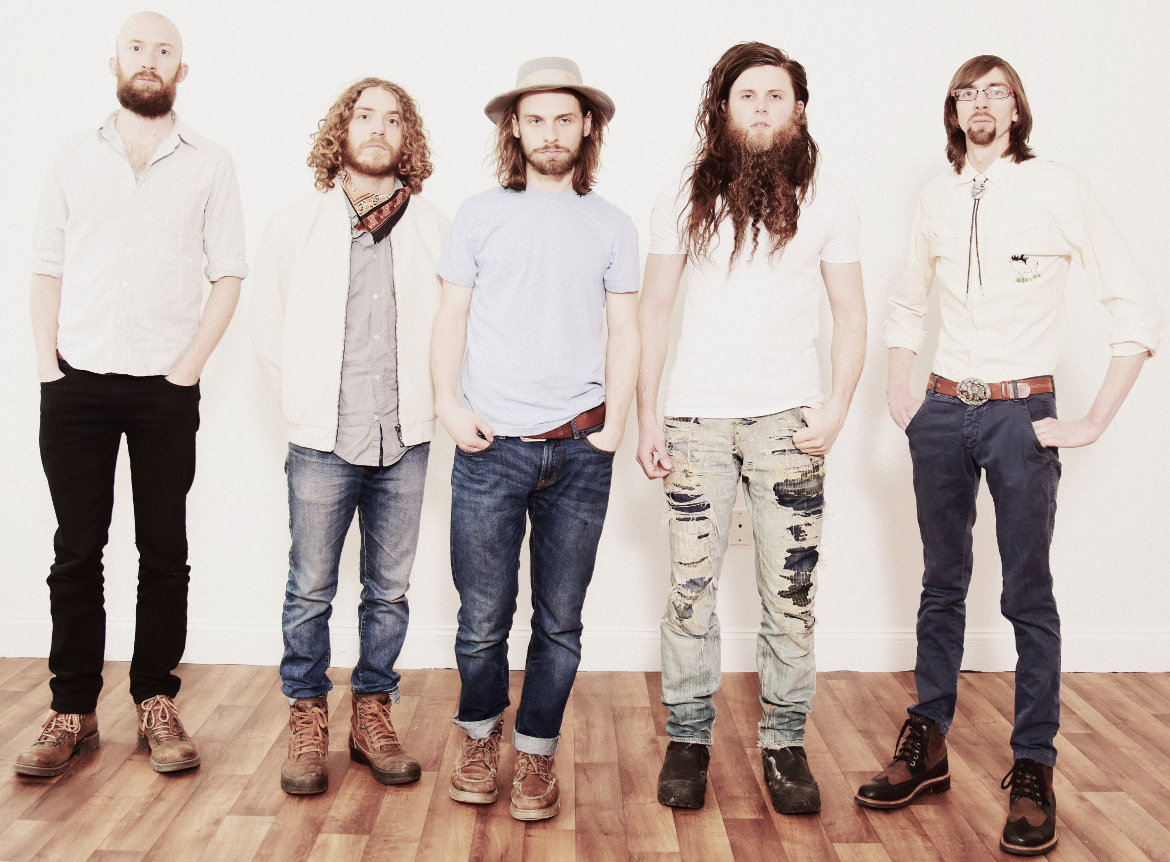 The Tip of the Iceberg: Alternating Currents Joins a Crop of New Festivals Highlighting a Vibrant Music Community 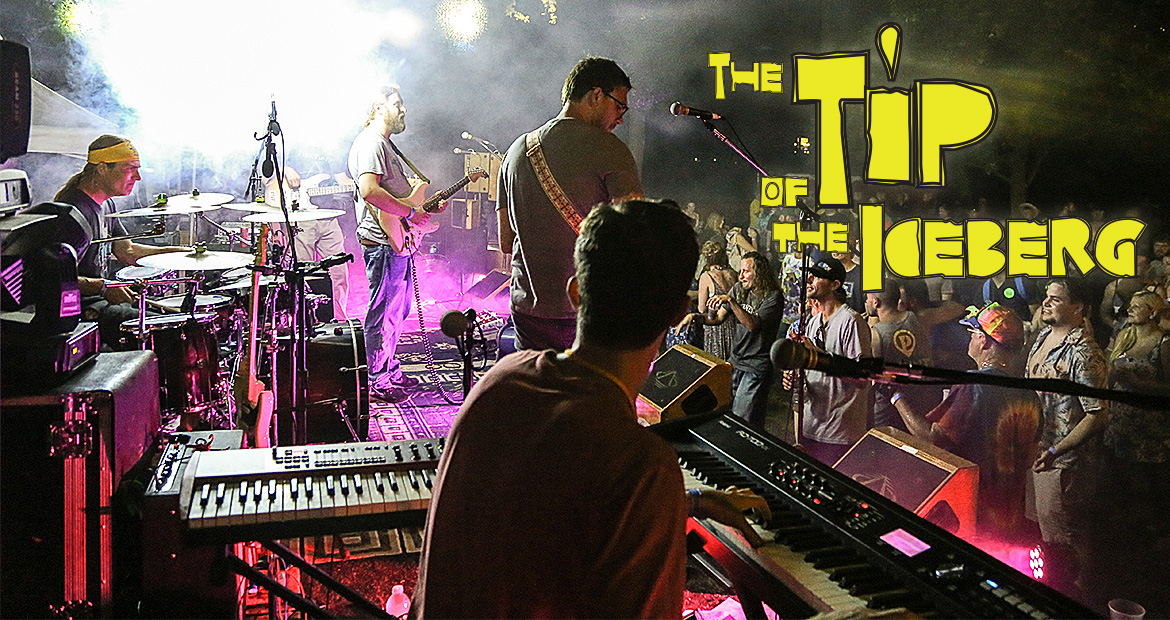 It was a sign of the times when the Downtown Davenport Partnership announced last month that it would replace the River Roots Live outdoor music festival – after a 12-year run – with a multi-venue indoor festival called Alternating Currents.

Consider what’s happened over the past two years. The Mississippi Valley Blues Festival was canceled in 2015 because of financial difficulties at its parent organization. The motorcycle-themed Rally on the River, a fixture on the riverfront for more than two decades, didn’t return in 2016.

All of these things reflect a simple reality: Outdoor festivals are expensive to put on, period, and the cost is much higher with headliner acts to drive attendance. Such events represent a serious financial gamble: Just the chance of rain on one day can depress turnout enough to put a festival in the red, and Mississippi River flooding can force an expensive change of venue.

But let’s not mourn River Roots Live too much. If its death underlines the inherent risk of outdoor musical festivals, its replacement shows just how vibrant the Quad Cities music scene has become. 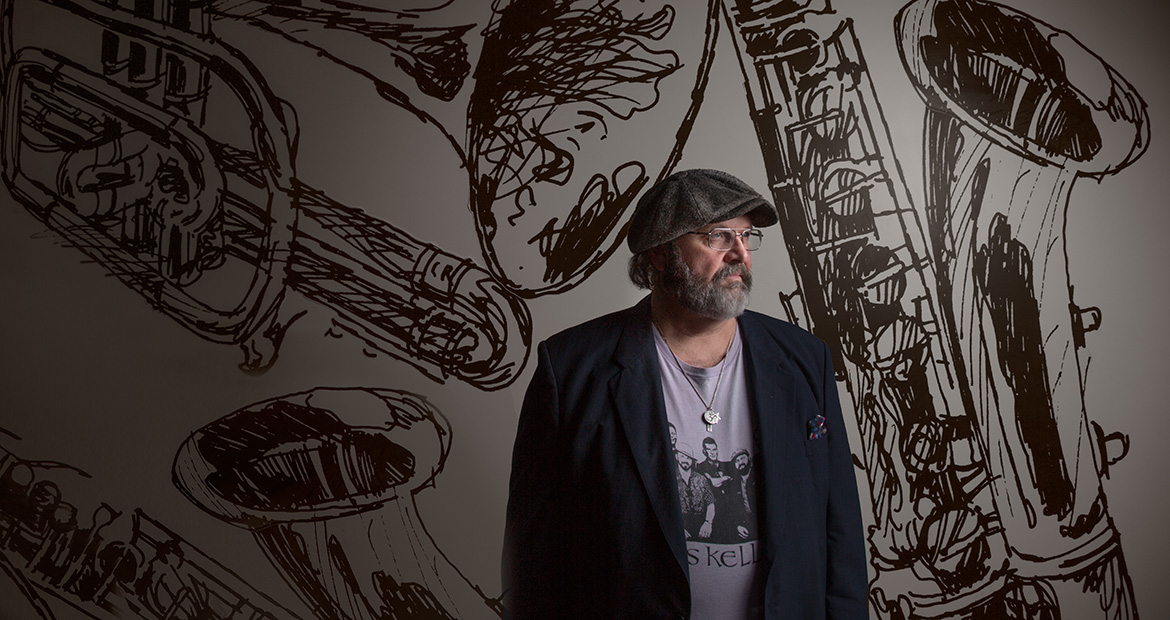 Ellis Kell died suddenly in December – after an October cancer diagnosis – and he was known to many as a stalwart part of the Quad Cities music scene and a longtime staff member of the River Music Experience. But these remembrances attest that Kell was loved far beyond those roles.

Peace, Love & the Joy of Music, a benefit concert for the Kell family, will be held on Saturday, January 21, from 4 to 11 p.m. at the RiverCenter (136 East Third Street, Davenport). The suggested donation for admission is $10. Scheduled performers include the Ellis Kell Band, The Whoozdads?, The Way Down Wanderers, David G. Smith, The Candymakers, Lojo Russo, The Velies, Rude Punch, The Curtis Hawkins Band with Ernie Peniston & Hal Reed, Quad Cities Blues Mafia, and RME Camp Kids Jam.

Six years ago, I wrote a less-than-glowing review of the Quad Cities band Rude Punch's Killin' It, highlighting the strength of one song as a contrast to the remainder. Overall, I faulted the album for "a lack of imagination."

With an opening like that, you can probably guess what's coming next. The rock-y reggae outfit is back with a new record - Lovers Rock - and it represents a major leap forward, with levels of polish, arrangement detail, and nuance that make it easy to look past its generic trappings.

The phrase "lack of imagination" still applies in some senses. Two songs from Killin' It - albeit the best tracks, "Rock for Me" and "Payment" - have been re-recorded for Lovers Rock. That album title references a romantic subgenre of reggae, which is an accurate enough description but is way too on the nose for a record name.

And despite hints on Lovers Rock that Rude Punch - guitarist/songwriter/singer Brady Jager, drummer/singer Adam Tucker, former bassist Al Sweet, and current bassist/singer Jack Hill - could be an expansive rockers-without-borders trio, the new record still feels overly rutted in reggae. It works as a stylistic base, yet it's constraining for the band's talents - a too-comfortable default.

Those complaints are minor, though. All of Lovers Rock's eight tracks are compelling, and clocking in at less than 33 minutes, the album breezes past with plentiful pleasures - with impeccable grooves, playfulness in the production, smart sequencing, and just enough detours from reggae.

Made with Casual Care: Joe & Vicki Price, "Night Owls"; Performing May 3 at the RME

The new album from the northeast-Iowa blues duo Joe & Vicki Price is called Night Owls, and the cartoonish cover art (by Vicki) features five literally skeletal figures (including a man and woman each with a guitar and amp).

The title couldn't be more appropriate, as the 10-track collection of originals often has the casual feel of a post-midnight jam - intimate, a little on the sleepy side, wholly devoid of self-consciousness. Just two people performing with their guitars, voices, and feet.

The sound is similarly straightforward, unadorned, and unfussy, and some tunes feel so dusty that they're only missing the pops, crackles, and hisses of neglected vinyl or degraded tape. Even though the album was recorded in Nashville, the production is largely (and intentionally) artless.

Yet despite the cheeky cover illustration and lightly electrified tunes that might as well be 60 years old, there's a real vitality in the duo's songs (written, with the exception of "Bones," separately) - and the recordings. The bare-bones (sorry!) instrumentation and the choices in style and singing are employed with rigor, and the more you listen to the album, the more it's apparent how carefully constructed it is.

Get People to Listen: Caroline Rose, July 30 at the River Music Experience

The pleasing Americana music and nimble, emotive vocals of Caroline Rose's "America Religious" - the title track from her debut album - mask massive amounts of meaning. Perhaps more accurately, they mask a lot of words whose meaning you're left to decipher for yourself.

"What I want people to get out of that line and the song in general is discussion about what race relations are like, and what things like immigration reform mean today, and agribusiness," she said in a recent phone interview promoting her July 30 performance at the River Music Experience.

That didn't clear things up much, did it?

"I don't really care what people think that it means," she said. "As long as they're talking about it, I think it's great."

Based on America Religious, Rose certainly bears discussion. The music is varied, compelling, and sharp in its genre, with "Here Come the Rain" a standout in texture, arrangement, and vocal performance.

But the lyrics are what leap out.

"Everyone's Invited": Koffin Kats, May 5 at the River Music Experience The Detroit trio Koffin Kats - headlining an all-ages show at the River Music Experience on May 5 - performs in the musical subgenre known as psychobilly, and the fusion of punk and rockabilly isn't particularly well-known or popular in the States.

So it's a bit strange that bassist and singer Vic Victor, in a phone interview last week, called psychobilly a "music genre for everybody." The style's biggest name is probably the Reverend Horton Heat, whose top-selling albums have managed to reach only the lower quarter of Billboard's top 200.

Yet Victor said that when the uninitiated but curious - those who don't realize that the upright bass has a place in rock music - show up to a Koffin Kats gig, they're usually converted. "Everyone's invited," he said. "That's kind of the idea with this new record. We didn't write it for the psychobilly crowd. We wrote it for anybody who likes rock and roll and driving music."

That album is Our Way & the Highway, and while Victor probably overstates its appeal as universal, there's no denying that the Kats' brand of psychobilly deserves a wider audience; the band's music is relentless but also loaded with hooks, strong melodies, and alluring harmonies on top of the aggressive rockabilly groove. If Green Day deserves some of its superstar status, then the Koffin Kats are worthy of at least a piece of that pie.

The Vision, the Equation, and the Moving Parts: Canasta, March 25 at the River Music Experience (Editor's note: This article was originally published in advance of Canasta's February 3 River Music Experience show, which was canceled. It has been re-scheduled for Friday, March 25. Show information has been updated in the article.)

The six-piece Chicago orchestral-pop band Canasta began writing songs for its second album shortly after the release of its first - We Were Set Up - in 2005.

It took five years for The Fakeout, the Tease, & the Breather to get finished and released. That's a lifetime in the music business, and probably two or three lifetimes for a band that's still trying to break through - with all the members holding down "real" jobs in addition to their band duties.

Canasta will be performing an all-ages show March 25 in the River Music Experience's performance hall, and it should be evident that the labor that went into The Fakeout, the Tease, & the Breather was fruitful. Both the Huffington Post and Metromix named it one of the best Chicago albums of 2010. The Chicago Reader called it "so perfect - every note falling into place with deeply satisfying craftsmanship - that you'll swear you've heard it before." And The Onion's AV Club said: "You can almost feel storm clouds parting for the 11 sunny, rollicking songs that lay ahead. For nearly a decade, the local chamber-pop group has managed to retain its ambition and melodic optimism, without ever coming across as winking."

But in truth, the half-a-decade story of the album is less about nailing the nuances over time than an unusually liquid lineup.