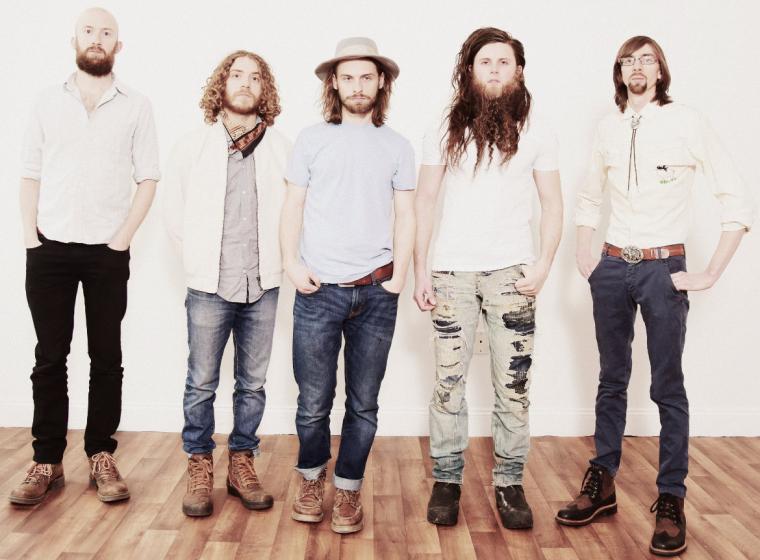 In the early days of the band – playing the Redstone Room on June 7 – the members tried to keep the same music-club feeling alive, with up to 10 people onstage at a time.

“The necessities of touring and making a living forced us to bring the number down, but we still try and have the same fun making music we always did,” singer and banjo player Freeman wrote in an e-mail interview. “I think about those days before every show and try and bring myself back to the excitement that we had and how fresh and new it all felt. That sort of enthusiasm comes out onstage, and I want to bring that same joy.”

Freeman even uses those earlier days to get through what can sometimes be a difficult part of being a touring musician: “Even though we are in the middle of a pretty grueling tour schedule, that visualization and memory help me come from a more genuine place each night.”

Touring partly inspired the band’s latest album, 2016’s Blooming Through the Black. The band had been playing eight shows a week, and it was also the first time that some members had spent an extended period of time away from home. The isolation from family and friends got the members of the band thinking.

“It makes you think about the fires in your life that are burning at different heat levels,” Freeman wrote. “It’s so hot when you’re at home, and it can cool when you're away.”

The cooling fire of an ending relationship is at the forefront of many songs. Tracks including “Ties That Bind Us” reflect a relationship that’s no longer working: “My heart and your heart, they're just the same,” Freeman sings.

“But my dreams and your love pull me in opposite ways.”

That’s not the only influence the band drew from while writing the record. The politics of “Barbed Wire” are blunt: “Built a wall to keep us clean,” Freeman sings, “where the skin is fair and the grass is green. Three-car garage, a house by the sea to keep out all those who disagree.”

Sonically, the band hasn’t traveled far from its origins. Tracks such as “Everyone Dies” are drenched in classic bluegrass instrumentation, with banjo lines almost as prominent as the vocals.

But Blooming Through the Black also represents a more-contemporary take on folk and bluegrass – Avett Brothers-esque, for example, on “Ties That Bind Us.” Intermingling guitars and banjos weave their way through the background of the upbeat song, while different vocal lines play against each other.

The title track is the most modern-sounding on the record, playing like a straight pop song with a big melody – catchy and easy to sing along with – but without burying the folk roots. The slightest tinge of bluegrass hangs out in the background.

Freeman describes Parsonsfield’s songwriting process as “putting a lot of lines in the water,” with everyone in the band collaborating and bringing each song to life. The album tours the minds of these writers, with each song putting a slightly different spin on the music they played back in college. The sounds might be mostly traditional, but those different voices keep Blooming Through the Black compelling and distinctive.

Parsonsfield will perform on Wednesday, June 7, at the Redstone Room (129 Main Street, Davenport; RiverMusicExperience.org). The 7:30 p.m. show also features Trout Steak Revival, and tickets are $13.75 to $17.