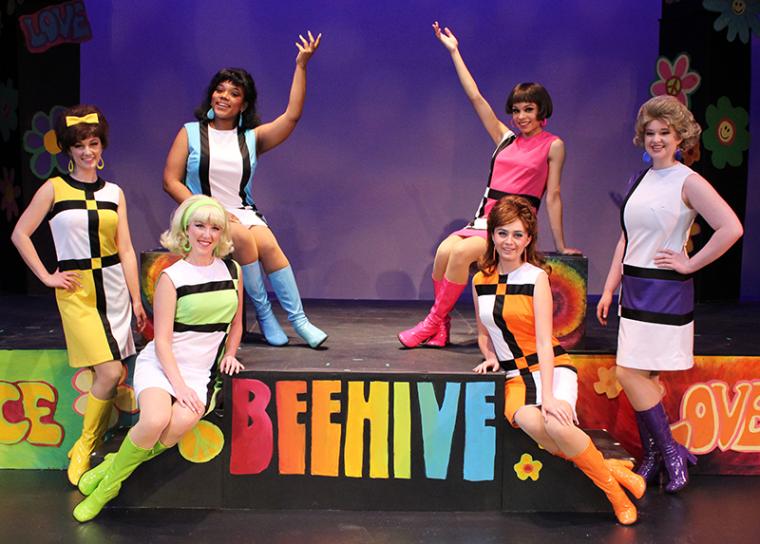 Wednesday, May 19, through Saturday, July 10

Described by Broadway World as “a musical so jam-packed with hits that it's almost overwhelming,” the toe-tapping, soul-lifting revue Beehive: The '60s Musical enjoys a late-spring/early-summer run at Rock Island's Circa '21 Dinner Playhouse, this infectiously entertaining salute to female pop, rock, and soul singers lauded by DC Metro Theater Arts as “a big-hearted, well-accomplished, utterly tuneful joy.”

A fun, frothy flashback to the fabulous females who unmistakably left their mark on 1960s pop music, and a stage spectacle that matches big voices with big hairdos, Beehive: The '60s Musical features non-stop hits from early-decade bubble gum classics to the explosive late-‘60s soul sound. Paying tribute to performers such as Brenda Lee, The Supremes, Connie Francis, Janis Joplin, Tina Turner, and Aretha Franklin, this irresistible revue flies audiences back in time to experience firsthand the music that thrilled a generation, inviting music fans to rock out with “Respect,” “Natural Woman,” “My Boyfriend’s Back,” “One Fine Day,” “Downtown,” and many more timeless classics. Documenting the dramatic changes that America underwent during the 1960s through more than two dozen iconic numbers, Beehive takes its patrons on a journey through song, leaving them dancing in their seats and eager to come back for seconds. 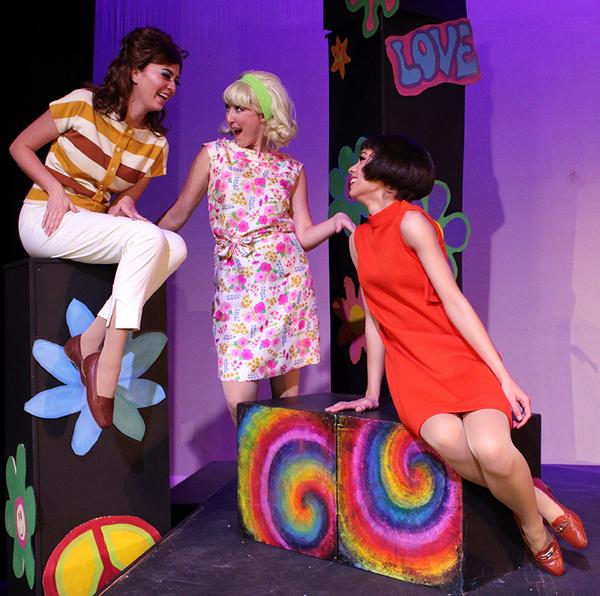 Serving as director and choreographer for Circa '21's latest production is Shelley Cooper, an Assistant Professor of Theatre Arts at Augustana College whose recent directing credits include the musicals Into the Woods, How to Succeed in Business without Really Trying and The Drowsy Chaperone for Augustana, and Big River and Dames at Sea for the Mississippi Bend Players. Cooper also recently portrayed the famed opera singer in her one-woman show La Divina: The Last Interview of Maria Callas for the Black Box Theatre Six gifted performers assume the roles of all of Beehive's extraordinary singers, with the show's cast composed of Erica Bigelow, Ravyn Davis, Noel Huntley, Brooke Myers, Kira Rangel, and Savannah Bay Strandin. And with area favorite Ron May serving as musical director, other members of the Beehive creative team include scenic designer Susie Holgersson, costume designer Gregory Hiatt, lighting designer Heather Hauskins, technical director Mike Turczynski, and stage manager Kendall McKasson.

In addition to its preview performances on May 19 and 20, Beehive: The '60s Musical will be performed May 21 through July 10, with performances on Fridays, Saturdays, and Wednesdays at 7:45 p.m.; Sundays at 5:45 p.m.; and Wednesday afternoons at 1:30 p.m. All shows will be preceded by meals and pre-show entertainment with the theatre's performing wait staff of Circa '21 Bootleggers, and more information and tickets are available by calling (309)786-7733 extension 2 or visiting Circa21.com.