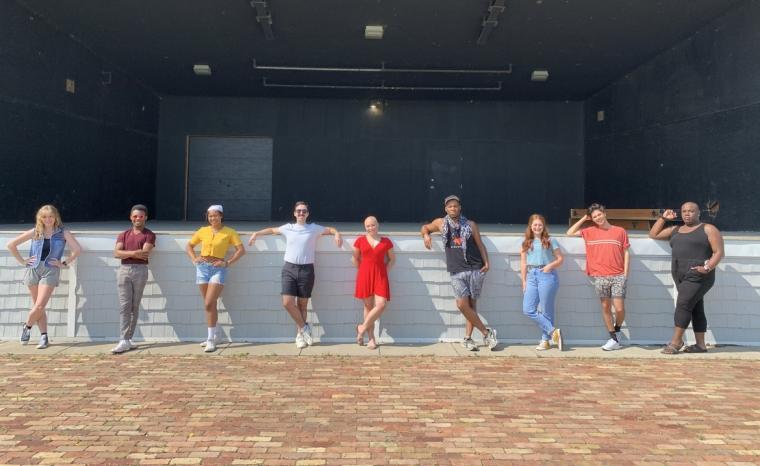 Described by the Hollywood Reporter as “infectiously fun” and a show that exudes “propulsive, nonstop energy,” Smokey Joe's Cafe serves as the second production in the Clinton Area Show Boat Theatre's summer season, its June 17 through 27 run sure to demonstrate why, after more than a quarter-century, this thrilling assemblage of pop standards remains the longest-running musical revue in Broadway history.

A non-stop love letter to rock and R&B classics from the 1950s and '60s, Smokey Joe's Cafe is a jukebox musical boasting more than 40 songs written by the prolific team of Jerry Leiber and Mike Stoller. The duo were legends of American popular music and their songs helped turn artists such as Elvis Presley, Ben E. King, Big Mama Thornton, Little Richard, The Coasters, The Drifters, Ruth Brown, and Perry Como into stars. Among the show's collection of toe-tapping melodies, romantic ballads, novelty songs, and more, audiences are treated to such iconic hits as “Stand By Me,” “Hound Dog,” “Love Potion #9,” “On Broadway,” “I’m a Woman,” “Yakety Yak,” and “Jailhouse Rock.” The winner of the 1997 Grammy Award for Best Broadway Cast Recording, Smokey Joe's Cafe opened on Broadway in 1995 and ran for five years, with the show's 2,036 performances constituting the longest-ever run for a musical revue on the Great White Way.

Artistic Director James Beaudry says of the show, “Smokey Joe’s Cafe makes an exciting, unforgettable theatrical event out of songs that are part of our consciousness and shared culture. Popular music connects us to each other because those lyrics and melodies are part of our everyday lives – on the radio, in TV and movies, playing at stores when we’re out shopping. After more than a year of isolation, to be able to come together and listen to the words of 'Stand By Me' sung by nine phenomenal voices is going to be a magical experience.”

Smokey Joe's Cafe performances will be held at the Clinton Showboat's neighboring Riverview Park Bandshell and will start at 8 p.m. Thursdays through Sundays. Admission is $18-25, and more information on the run – as well as the rest of the venue's season – is available by calling (563)242-6760 and visiting ClintonShowboat.org.