Virtual Presentation – “Across America: The Guggenheim,” May 7 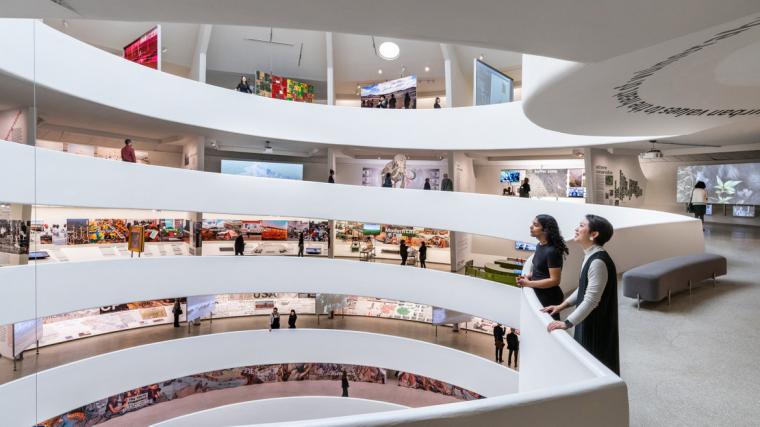 The Figge Art Museum presents “Across America: The Guggenheim" -- May 7.

On May 7, Figge Art Museum members are invited to hop on a computer and travel to the Big Apple in the virtual tour Across America: The Guggenheim – an online visit to New York City in which guests can learn about the architecture of the Solomon R. Guggenheim Museum and designer Frank Lloyd Wright’s vision for this iconic building and his last major project.

An art museum located at 1071 Fifth Avenue on the corner of East 89th Street in the Upper East Side neighborhood of Manhattan, the Guggenheim is the permanent home of a continuously expanding collection of Impressionist, Post-Impressionist, early Modern, and contemporary art, and also features special exhibitions throughout the year. The museum was established by the Solomon R. Guggenheim Foundation in 1939 as the Museum of Non-Objective Painting, under the guidance of its first director Hilla von Rebay. It adopted its current name in 1952, three years after the death of its founder. In 1959, the museum moved from rented space to its current building, a landmark work of 20th-century architecture designed by Frank Lloyd Wright. The cylindrical building, wider at the top than at the bottom, was conceived as a "temple of the spirit". Its unique ramp gallery extends up from ground level in a long, continuous spiral along the outer edges of the building to end just under the ceiling skylight.

The spiral design recalled a nautilus shell, with continuous spaces flowing freely one into another. Even as it embraced nature, Wright's design also expresses his take on modernist architecture's rigid geometry. Wright ascribed a symbolic meaning to the building's shapes, explaining, "These geometric forms suggest certain human ideas, moods, sentiments – as for instance: the circle, infinity; the triangle, structural unity; the spiral, organic progress; the square, integrity." Forms echo one another throughout: oval-shaped columns, for example, reiterate the geometry of the fountain. Circularity is the leitmotif, from the rotunda to the inlaid design of the terrazzo floors. Several architecture professors, meanwhile, have speculated that the double spiral staircase designed by Giuseppe Momo in 1932 at the Vatican Museums was an inspiration for Wright's ramp and atrium.

The virtual presentation Across America: The Guggenheim will take place from 3 to 4 p.m. on May 7, and admission is $12.50 for the members-only event. For more information and to register, call (563)326-7804 and visit FiggeArtMuseum.org.