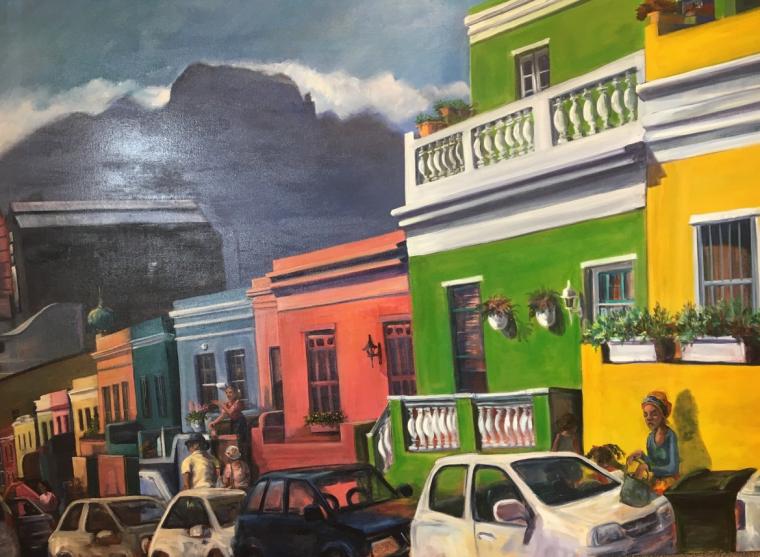 Paintings, sculptures, and works by a prominent Quad Cities gallery owner will all be on display at the Quad City International Airport July 3 through August 29, as Quad City Arts presents a trio of new exhibitions by Des Moines painter Robert Reeves, sculptor Matt Moyer from Columbia, Missouri, and Bettendorf's Pat Beréskin, owner and operator of the city's Beréskin Gallery & Art Academy.

A prolific painter as well as a dedicated teacher and world traveler, Beréskin's latest series City Lights delivers a unique view of the architecture of the Quad Cities and popular destinations worldwide, including New York, Chicago, and Paris. Her paintings depict city lights and the way light plays on the architectural structures, and viewers are sure to sense the vibrations, sounds, and grittiness of the city when they ponder Beréskin’s paintings. In 2013, the artist opened her first gallery in Davenport, and recently moved to an 8,000-square-foot building in downtown Bettendorf that hosts a gallery, an art academy, and a studio space in which guests can not only view regional artworks, but watch artists at work creating new ones.

Reeves depicts scenes of urban life, with his oil paintings portraying specific moments in time during the daily life of average city-dwelling Americans. Drawing from his surroundings and using architectural and figurative themes as backdrops, he employs his understanding of color and perspective to render everyday locations and objects from his unique point of view, seeking to draw the viewer into a specific setting and illicit a personal re-examination of the familiar. Reeves received a BA in Art with honors from the University of Northern Iowa in 1994, and has been creating and exhibiting for more than 20 years – public art, studio work, and commissions for private collectors and corporate collections. 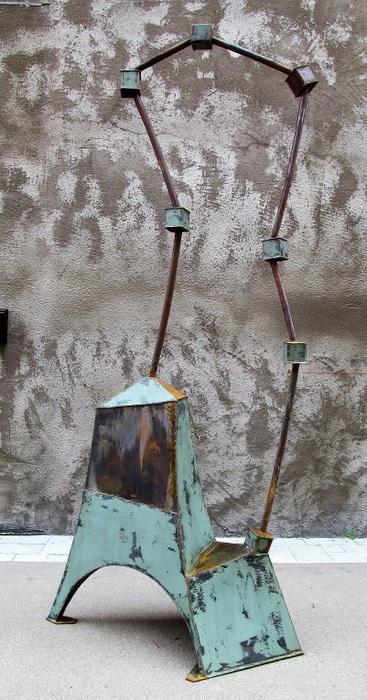 A Moline native, the Missouri-based Moyer presents abstract, welded steel sculptures that represent self-contained mechanical systems, and using new steel, he works on the surfaces with paints and grinders to achieve the appearance of something old and worn. His public sculptures have been showcased in the Quad Cities for years as part of Quad City Arts’ sculpture program, but his latest works will fit inside the glass cases in the airport gallery and interact with the cityscapes of Bereskin and Reeves. A University of Missouri-Columbia MFA candidate, Moyer holds a BFA from the University of Iowa, and his pieces can also be found in the permanent collection of Galesburg Public Waterworks.

The Quad City International Airport Gallery is located opposite the airport's gift shop and restaurant, there is a $1 fee for parking, and more information on the Beréskin, Moyer, and Reeves exhibits is available by calling (309)793-1213 extension 108 or visiting QuadCityArts.com.