“Blakelock: By the Light of the Moon,” through April 25 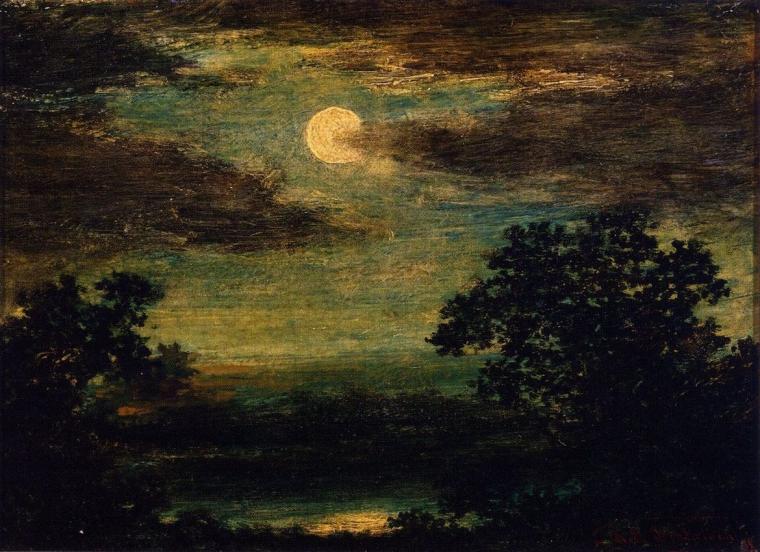 “Blakelock: By the Light of the Moon" at the Figge Art Museum -- through April 25.

Forgeries, mental illness, intrigue, and rapid fame – the dramatic circumstances of Ralph Albert Blakelock’s life often overshadow the merits of his work. But the Figge Art Museum hopes to amend that in the Davenport venue's new exhibition Blakelock: By the Light of the Moon, a showcase (on display through April 25) of eight exceptional artworks from the museum collection.

Born in New York City in 1847, Blakelock's early paintings were highly detailed landscapes inspired by Hudson River School painters. After traveling to the American West and becoming familiar with Barbizon painters, Blakelock developed the atmospheric landscapes for which he is most commonly known. Drenched in darkness and silvery moonlight, his thickly painted landscapes have a distinctive otherworldly quality, and the Figge's By the Light of the Moon exhibition will explore Blakelock’s body of work and how his interest in spiritualism is reflected in his artistic practice.

Blakelock's technique was highly personal, and through his individualistic style his paintings summoned the viewer into a luminous, almost otherworldly realm. In the majority of his paintings, space is given depth by the use of light, most often moonlight, and along with his contemporary Albert Pinkham Ryder, Blakelock was one of the most individual American painters of his time. Although one of his many paintings titled Moonlight was sold at the highest price ever paid for the work of a living American artist at that time, his rise in public notoriety – along with the increase in his art sales – never benefited his family or himself. By 1903, his works were being forged – so much so that he remains today as one of the most commonly forged artists in America.