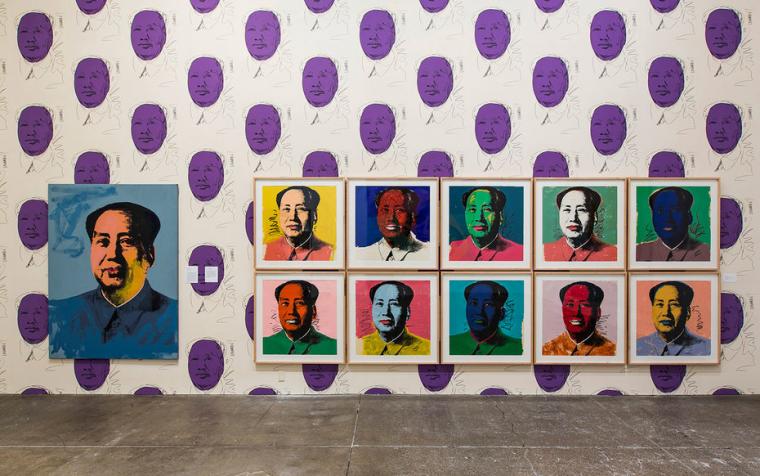 On July 21, Figge Art Museum members are invited to learn more about one of the most iconic visual artists of the 20th century in the virtual presentation Discovering Warhol: An Evening with Donald Warhola, a special event in which one of Warhol's nephews will talk about his personal connection with “Uncle Andy,” the man's artistic process and legacy, and the Warhol works currently on display in the museum's popular exhibition POP Power from Warhol to Koons.

Born Andrew Warhola in 1928, Andy Warhol was an American artist, film director, and producer who was a leading figure in the artistic movement of pop art. His works explore the relationship between artistic expression, advertising, and celebrity culture that flourished by the 1960s, and span a variety of media including painting, silkscreening, photography, film, and sculpture. Warhol has been the subject of numerous retrospective exhibitions, books, and feature and documentary films, and the Andy Warhol Museum in his native city of Pittsburgh, which holds an extensive permanent collection of art and archives, is the largest museum in the United States dedicated to a single artist. Some of Warhol's best known works include the silkscreen paintings Campbell's Soup Cans (1962) and Marilyn Diptych (1962), the experimental films Empire (1964) and Chelsea Girls (1966), and the multimedia events known as the Exploding Plastic Inevitable (1966–67). Many of the artist's creations are incredibly valuable, with the highest price ever paid for a Warhol painting being $105 million, a sum paid for the 1963 canvas Silver Car Crash (Double Disaster).

Donald G. Warhola is the Andy Warhol Foundation for the Visual Arts Inc. liaison to the Andy Warhol Museum, where he works in the education department as a Warhola family historian. A nephew of Andy Warhol, Warhola is the son of Andy’s middle brother, the late John Warhola, and serves as a board member on the foundation’s board of directors, as well as chairman of its audit committee. In 1986, after graduating from the University of Pittsburgh with a degree in computer science and business, Warhola traveled to New York City to work for his uncle to install a network computer system for Andy Warhol Enterprises, Inc. Warhola earned an master of arts in social work from the University of Pittsburgh, and also worked in community mental health for 10 years as a child and adolescent therapist. Currently, Warhola works with children who have special mental-health needs.

The presentation Discovering Warhol: An Evening with Donald Warhola will begin at 6 p.m. on July 21, admission to the virtual event is $10 for Figge members, and the exhibition POP Power from Warhol to Koons will continue to be on display through September 19. For more information, call (563)326-7832 and visit FiggeArtMuseum.org.