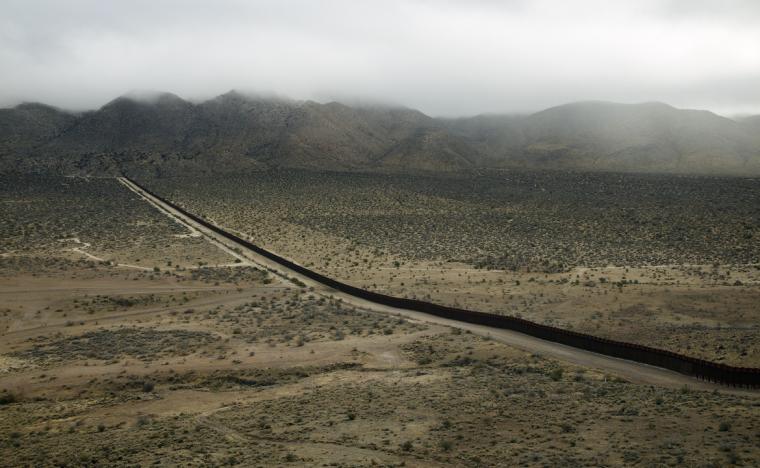 Families can enjoy an afternoon of fun, fascinating, and free activities and performances at the Figge Art Museum when the Davenport venue and its outdoor Bechtel Plaza, on May 15, host a celebration of Border Cantos / Sonic Borders, the exhibit designed to explore the complexities of the southern border through photography, sculpture, and sound, inviting patrons to bridge boundaries and initiate important conversations.

With their exhibition humanizing the Mexican-American border and inviting visitors to engage with the complex and often misunderstood experiences of those seeking a better life in the United States, Border Cantos / Sonic Borders finds American photographer Richard Misrach and Mexican-American artist and composer Guillermo Galindo addressing fraught topics touching on politics, the environment, and humanitarian issues. Misrach is well-known for his expansive images focusing on the ways humans interact with and impact the natural world, while Galindo is inspired by the Mesoamerican belief that one can bring out the spiritual essence of an object's past. Galindo's 260-minute composition Sonic Borders, which can be heard playing within the gallery, employs eight musical instruments the artist created from objects discarded near the border. Taken together, the photographs, objects, and sonic composition introduce distinct yet interrelated ways of experiencing the human consequences of immigration policies. By offering evidence of those who have journeyed through the borderlands in pursuit of their hopes and dreams, Misrach and Galindo encourage empathy for the plight of migrants everywhere.

During the Figge's free family day on May 15, museum guests are invited to participate in a number of activities in between enjoying live performances by the gifted dancers of Quad City Ballet Folklorico. Patrons can share their own migration stories by recording audio stories and filling out worksheets on their families' coming-to-America tales. A “Border Wall” event will allow patrons to decorate a brick to add to a wall that will be torn down at the end of the day, with the bricks dispersed back to participants. The “Sonic Sounds” activity lets families make instruments from discarded and uncycled items, and invites them to join in a “sonic circle” to make experimental sounds with guest musician Sarah Hepner. And in addition to viewing the Border Cantos / Sonic Borders exhibit and viewing interviews with exhibit's artists in the John Deere Auditorium, guests can Join in a photo-taking session and state their thoughts in a mission statement that will be shared with the public.

The free family day in celebration of Border Cantos / Sonic Borders will take place on May 15 from noon to 3 p.m., and the exhibit itself will be on display through June 5. For more information, call (563)326-7804 and visit FiggeArtMuseum.org.