“Paint the River: Fifth-Annual Plein Air Paint Out,” through October 30 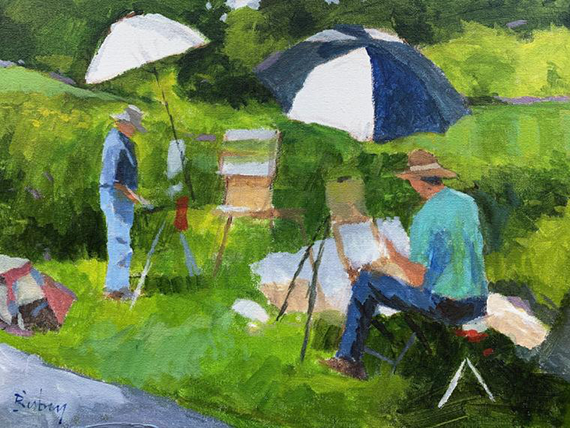 “Paint the River: Fifth-Annual Plein Air Paint Out" at the Bereskin Gallery & Art Academy -- through October 30.

Outdoor views of the Quad Cities will be admired and enjoyed in a Bettendorf venue when the Beréskin Gallery & Art Academy, through October 30, houses its exhibition Paint the River: Fifth-Annual Plein Air Paint Out – a collection of works by local artists all created outside, and all executed on subject matter along the Mississippi from the I-80 Bridge to the Centennial Bridge on both sides of the river.

Simply defined as the act of painting outdoors, en plein air contrasts with studio painting or academic rules that might create a predetermined look. The theory of “en plein air: painting is credited to 18th-century artist Pierre-Henri de Valenciennes, who composed a treatise titled Reflections and Advice to a Student on Painting, Particularly on Landscape in which he developed the concept of landscape portraiture by which the artist paints directly onto canvas in communication with the landscape. This enabled the artist to better capture the changing details of weather and light. The invention of portable canvases and easels allowed the practice to develop particularly in France, and in the early 1830s, the Barbizon school of painting in natural light was highly influential. Among the most prominent features of this school were its tonal qualities, color, loose brushwork, and softness of form, variants that were particularly relevant to impressionism and the mid-19th-century Hudson River School. 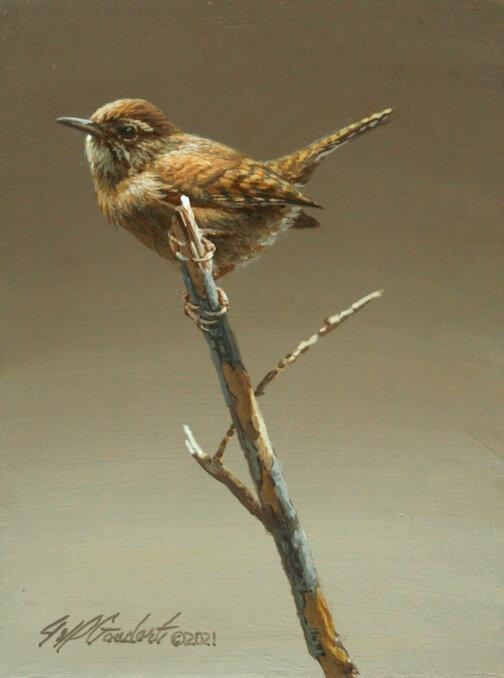 French impressionist painters such as Claude Monet, Camille Pissarro, Alfred Sisley, and Pierre-Auguste Renoir were advocates of plein air painting, and much of their work was done outdoors in the diffuse light of a large white umbrella. Monet was an avid en plein air artist who deduced that to seize the closeness and likeness of an outside setting at a specific moment, one had to be outside to do so, rather than just paint an outside setting in their studio. In Russian during the second half of the 19th century and beginning of the 20th, painters such as Vasily Polenov, Isaac Levitan, Valentin Serov, Konstantin Korovin, and I.E. Grabar were highly regarded for painting en plein air, and American impressionist painters noted for this style include Guy Rose, Robert William Wood, Mary DeNeale Morgan, John Gamble, and Arthur Hill Gilbert.

Paint the River: Fifth-Annual Plein Air Paint Out will be on display through October 30, and regular gallery hours are 10 a.m. to 5:30 p.m. on Tuesdays through Fridays, 9 a.m. to 4 p.m. on Saturdays, and by appointment. For more information on the exhibit and other venue happenings, call (563)508-4630 and visit BereskinArtGallery.com.