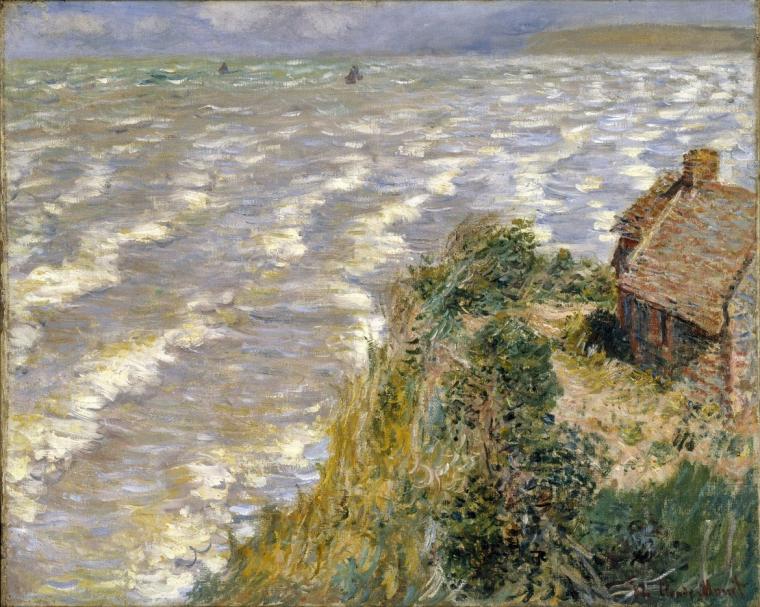 One of the most eagerly anticipated exhibitions in the Figge Art Museum's history will be on display from October 9 through January 6, as the Davenport venue hosts the touring French Moderns: Monet to Matisse, 1850 – 1950, an exhibit featuring 59 works drawn from the collection of the Brooklyn Museum that chronicles one of the most dynamic and beloved eras in the history of art.

Divided by subject into four themes – Landscape, Still Life, Portraits and Figures, and the Nude – French Moderns: Monet to Matisse, 1850 – 1950 shows how the basic conception of artmaking changed over the course of a century. It begins with the academic painters such as Jean-Léon Gérôme and William-Adolphe Bouguereau, whose meticulous realism and traditional subjects conformed to the artistic canons of the 19th Century. It includes the generation of painters such as Jean-François Millet and Eugène Boudin, who used looser brushwork to depict less conventional subjects, among them the beaches of Normandy and peasants and their flocks in the environs of Paris. Meanwhile, the Impressionists, led by Claude Monet, Pierre-Auguste Renoir, Paul Cézanne, and Ėdouard Manet, exploded the conventions of both subject matter and style, depicting everyday scenes with bright color and expressive brushstrokes. While their work was initially met with hostility and scorn, they are now among the best-known artists of all time.

The generation that followed the Impressionists pushed the boundaries of art even further, allowing color, form, and brushstroke to take precedence over subject matter as the focus of their art. With works by Henri Matisse, Pierre Bonnard, Marc Chagall, and many others who were drawn to Paris in the early 20th Century, the Figge's French Moderns: Monet to Matisse, 1850 - 1950 exhibition shows how expressionist and non-objective art evolved from the experiments of the 19th Century. In addition, works by Auguste Rodin, Edgar Degas, and other artists show how the freeing of form in painting extended into sculpture as well.

Programming related to French Moderns: Monet to Matisse, 1850 - 1950 will include a Curator Talk with Lisa Small of the Brooklyn Museum (October 11, 7 p.m.), a brunch program on 19th Century Paris with Dr. Marni Kessler (October 14, 10 a.m.), and a Tour de Cuisine (October 17, 5:30 p.m.) in which the Figge and Rhythm City Casino invite guests to celebrate the joys of French cooking.

Regular museum hours are Tuesdays through Saturdays from 10 a.m. to 5 p.m. (open until 9 p.m. on Thursdays) and Sundays from noon to 5 p.m., admission is $4-7, and more information on this and other Figge exhibits, programs, and events is available by calling (563)326-7804 or visiting FiggeArtMuseum.org.