“Henry Dreyfuss: Designs for the Modern Age,” April 13 through June 7 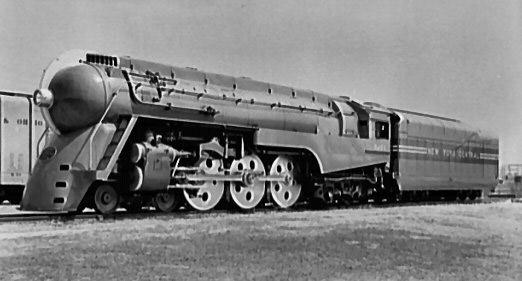 “Henry Dreyfuss: Designs for the Modern Age" at the Figge Art Museum -- April 13 through June 7.

Boasting sketches, proposals, and objects on loan from John Deere Archives, the Cooper Hewitt Smithsonian Design Museum, the Albany Institute of History & Art, and the AT&T Archives and History Center, the Figge Art Museum's new exhibition Henry Dreyfuss: Designs for the Modern Age will, from April 13 through June 7, celebrate the legendary industrial designer whose firm styled the John Deere tractor, the Western Electric Model 500 telephone, and numerous other iconic products.

A New York City native born in 1904, Dreyfuss was designing sets for stage presentations at a Broadway motion-picture theatre by the age of 17. In 1927, a store commissioned him to study its merchandise, assess its attractiveness, and make drawings indicating improvements that the manufacturers could make. He made the study but refused to undertake the design because he felt that the proper way to approach design was to work directly with the manufacturer from the start, rather than to try to improve a design after the product had been made. Dreyfuss opened his first industrial-design office in 1929 while maintaining a successful career designing sets for Broadway, and a year later, he began designing for Bell Laboratories, an association that resulted in the design of a series of telephones – notably the “Princess” phone – designed to fit the hand of a teenage girl. The iconic creator also designed a refrigerator for General Electric, alarm clocks for Westclox, vacuum cleaners for Hoover, the J-3 Hudson locomotive, tractors for John Deere, and many additional products, with his other notable designs including the interior of Super G Constellation aircraft for the Lockheed Aircraft Corporation and the interior of the ocean liner Independence.

Dreyfuss' designs always stressed utility, and he once said that “when the point of contact between the product and people becomes a point of friction, then the industrial designer has failed.” His approach to industrial design is described in his book 1955 book Designing for People, and Dreyfuss'1960 book The Measure of Man contains extensive data on the human body and its movements, as he was also an important early theorist in the field of what is now known as human-factors engineering, or ergonomics. Since his passing in 1972, Dreyfuss is commonly acknowledged as one of the 20th century's most innovative creators due to the number and variety of his pioneering designs for modern products.

The exhibit will be on display April 13 through June 7, with regular museum hours Tuesdays through Saturdays from 10 a.m. to 5 p.m., Thursdays from 10 a.m. to 9 p.m., and Sundays from noon to 5 p.m. Entrance is free with $4-10 admission, and for more information on Henry Dreyfuss: Designs for the Modern Age and other venue exhibits, programs, and events, call (563)326-7804 or visit FiggeArtMuseum.org.