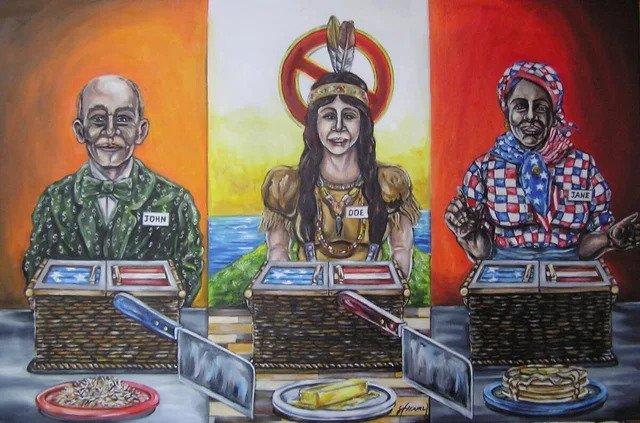 A trio of Iowa artisans are currently displaying their bold and beautiful works in Illinois, with Rock Island's Quad City Arts Center hosting two exhibitions by three Midwestern talents: a series of oil paintings by James Walker Henry of Burlington, and mixed-media paintings by spouses Stephen and Karen Steininger of Altoona.

James Walker Henry is a neo-surrealist artist whose works explore social and political issues, documenting events and ideas through paint and brush. Each artwork focuses on a story, told through various imagery that uses overt and implied symbolism, with his total series touching on various topics from current political events to the different cultural beliefs revolving around a particular issue. He attended Southeastern Community College as time allowed starting in 1980 through 1986 while keeping a full-time job, and has consequently exhibited all over the world, his works included in corporate and private collections. Over the years, Henry has participated in more than 350 exhibits, with more than 100 solo shows, and his works have been reviewed in magazines such as Manhattan Arts, Surreal Magazine, Art Scope, New Art Examiner, and Art Speak. Additionally, he is published in the Who’s Who in American Art from 1990-1993. 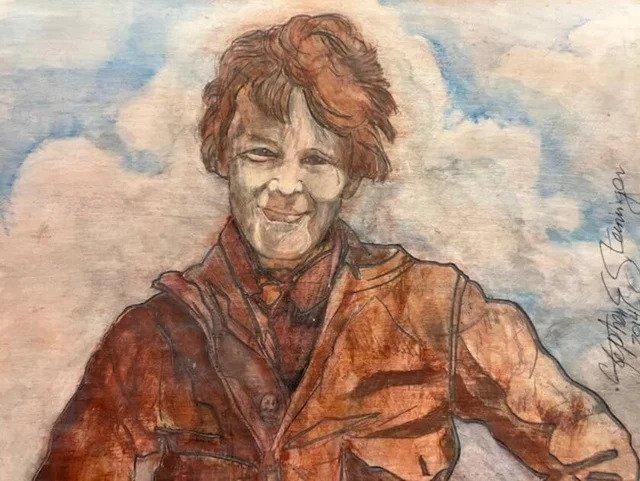 Stephen Steininger is a mixed-media painter and sculptor. Inspired by historical and mythical figures, Steiniger’s work combines collage, paint, clay, and other materials to bring these figures’ visages and histories to life. The earthly tones and 3D aspects of the portraits reflect that of his pottery, and his overall series of artistic creations blends the recognizable features of the historical figures with the artist's creative design process to create a body of work that is familiar, intriguing, and fantastical at the same time. Steininger's wife Karen, as the other half of “The Potters," has been his studio partner for more than three decades 30 years. Together, they have sold unique pottery all over the United States in galleries and catalogs, and during their exhibition at the Quad City Arts Center, the Steiningers will have traditional pottery on display and for sale.

The James Walker Henry and Stephen and Karen Steininger exhibits will be on display in Rock Island through January 27, with regular gallery hours Mondays through Fridays 10 a.m. to 5 p.m. and Saturdays 11 a.m. to 5 p.m. Admission is free, and more information is available by calling (309)793-1213 and visiting QuadCityArts.com.