“Jugendstil: Art for All,” through January 9 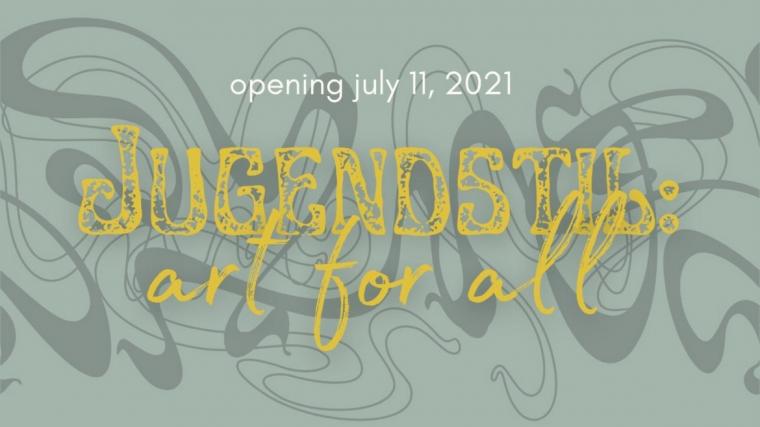 “Jugendstil: Art for All" at the German American Heritage Center -- through January 9.

Through January 9, Davenport's German American Heritage Center will house an informative and fascinating display on an early-20th-century Art Nouveau style in Jugendstil: Art for All, an exhibit devoted to artisans determined to explore new mediums, share artistic ideas with fellow artists, and establish the foundation for Bauhaus, Art Deco, and other artistic movements.

Jugendstil, which translates to "youth style," was an artistic movement – particularly in the decorative arts – that was influential primarily in Germany and elsewhere in Europe from roughly 1895 to 1910. The German counterpart of Art Nouveau, its movement's members were reacting against the historicism and neo-classicism of the official art and architecture academies, and the style took its name from the art journal Jugend founded by German artist Georg Hirth. It was especially active in the graphic arts and interior decoration, and its major centers of activity were Munich, Weimar, and the Darmstadt Artists' Colony founded in Darmstadt in 1901.

Important figures of the movement included the Swiss graphic artist Hermann Obrist, Otto Eckmann, and the Belgian architect and decorator Henry van de Velde, and in its earlier years, the Jugendstil style was influenced by British Art Nouveau. It was also influenced by Japanese prints, and later, under the Secessionists' influence, it tended toward abstraction and more geometrical forms. In the beginning, the style was used primarily in illustrations and graphic arts, as Jugendstil combined floral decoration and sinuous curves with more geometric lines, and soon was used for covers of novels, advertisements, and exhibition posters. Designers also often created original styles of typeface that worked harmoniously with the image, such as the Arnold Böcklin typeface created in 1904.

Jugendstil: Art for All will be on display at the German American Heritage Center through January 9, with regular venue hours Tuesdays through Saturdays from 10 a.m. to 4 p.m. and Sundays from noon to 4 p.m. Exhibit entrance is free with $3-5 museum admission, and more information is available by calling (563)322-8844 and visiting GAHC.org.