“Leslie Bell: Little Theaters,” through May 29 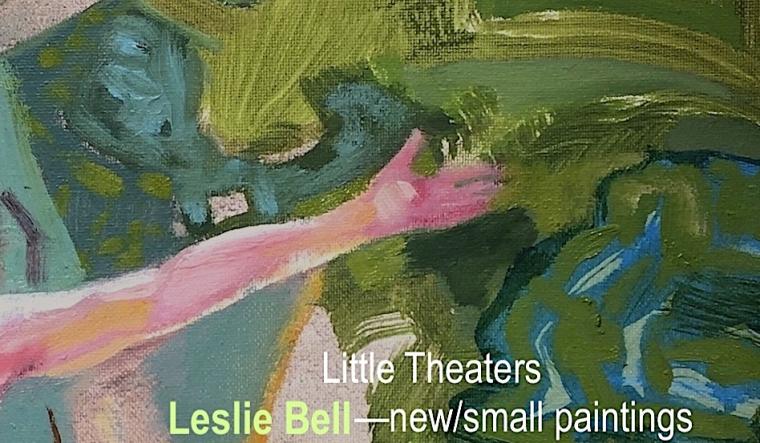 "Leslie Bell: Little Theaters" at Rozz-Tox -- through May 29.

With the venue presenting its first exhibition of visual art since 2020, Rock Island's Rozz-Tox houses a collection of colorful and evocative new and small paintings in Leslie Bell: Little Theaters, an exhibit (on display through May 29) boasting the talents of the beloved, retired professor of art at Davenport's St. Ambrose University.

Bell was born in 1947 in Duke Ellington's hometown of Washington D.C. and grew up in the galleries and museums there. He studied with Christian Brothers in high school, ran track and cross country, and watched the Beatles on Ed Sullivan. Bell came to the Midwest in 1965 to study art with Father Edward Catich, the world-renowned calligrapher, epigrapher, and graphic designer, at St. Ambrose University. He earned his BA there in 1972 and went on to receive an MFA in painting in 1974 from Northern Illinois University, where he studied with Walter Ball and Richard Beard. His artwork has been displayed in one-person shows at many universities and galleries from coast to coast, and Bell has been represented in galleries in Chicago, Atlanta, Tampa, and the Quad Cities. 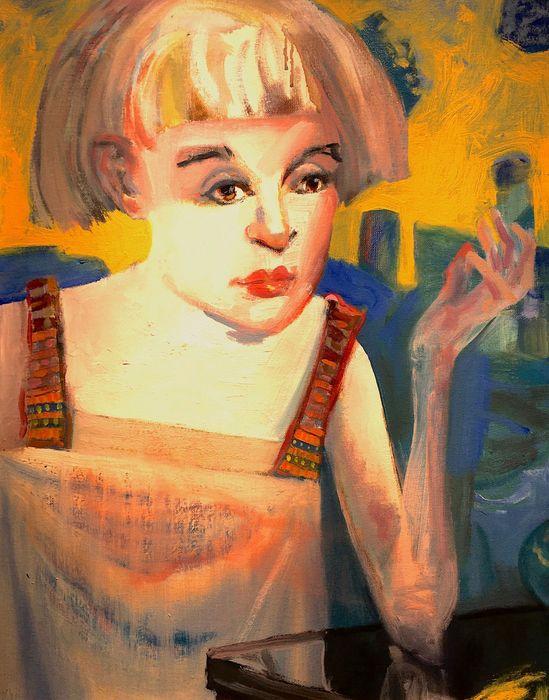 A founding member and chair of the Artist Advisory Council to Davenport's Figge Art Museum, Bell is also a founding member of Open Cities Film Society, the Photo Image League, and the Riverssance Festival of Fine Arts. He has also been a professional musician and plays guitar and harmonica. A Professor Emeritus at St. Ambrose, Bell retired from the university in 2013 after 37 years of teaching, and his works inspired Jerry Cullum, editor of Art Paper and critic for Art in America, to state, "His recent paintings are a rare combination of vision, skill and wit. The stories are enacted in brilliantly composed landscapes amid stunning effects of light. Bell 's imagination has created not just magical realism, but real magic." Over the course of his distinguished career, Bell's awards have included a fellowship in painting from Arts Midwest/NEA, the Special Recognition Award – best in painting – from the Des Moines Art Center in Iowa Artists, and two first-prize and purchase awards from the Davenport Museum of Art.