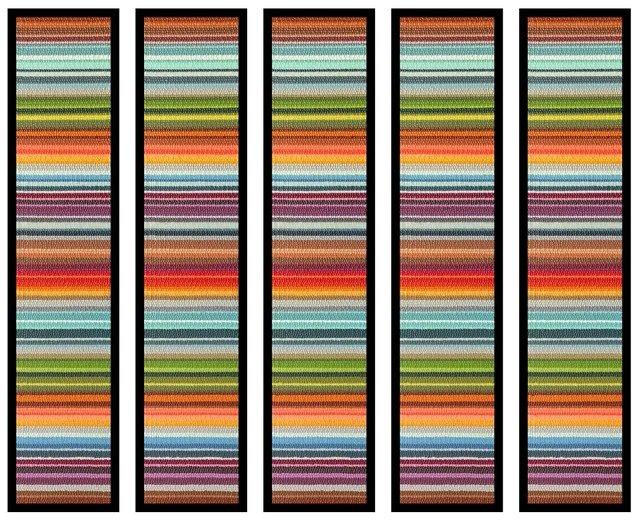 Arresting works by a trio of Midwestern artists will be on display at the Quad City Arts Center through June 24, with the Rock Island venue currently showcasing a wide variety of artistic mediums: encaustics by Cindy Lesperance of Oakwood Hills, Illinois; clay sculpture by Elizabeth Shriver of West Branch, Iowa; and hand-painted textiles by Rachel Davis of Downers Grove, Illinois.

Lesperance draws from her love of color and texture to create impactful work. Using the encaustic medium and her signature drop technique to build interesting textures, Lesperance has created a body of work inspired by life. “I incorporate a process that I developed," says the artist, "of meticulously applying small droplets of wax, one-by-one to the surface of the painting and exploring the relationship of these drips to the spaces in between them.” The overall effect produces a tactile pattern that invites the viewer to touch. 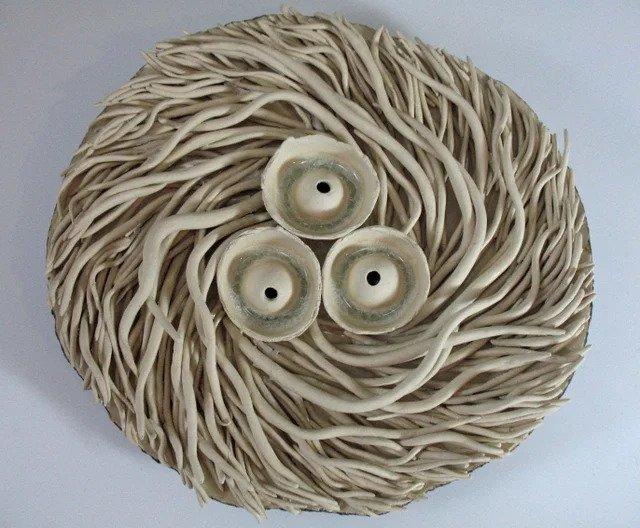 Shriver creates organic clay sculptures inspired by forms found in nature. This body of work is an exploration of contrasts in the natural world, ranging from more open and inviting forms – such as fragile shoots in spring, flowing sea creatures, and opening flowers – to those that are protective, impenetrable, or even repellent, like cacti, stones, hard shells, husks, and seeds. “My organic sculptures are all formed in clay," says Shriver, "which itself begins as a soft, malleable substance and after firing, feels as hard as stone. As a wonderfully versatile medium, clay is perfect for the creation of three dimensional, lifelike forms.” 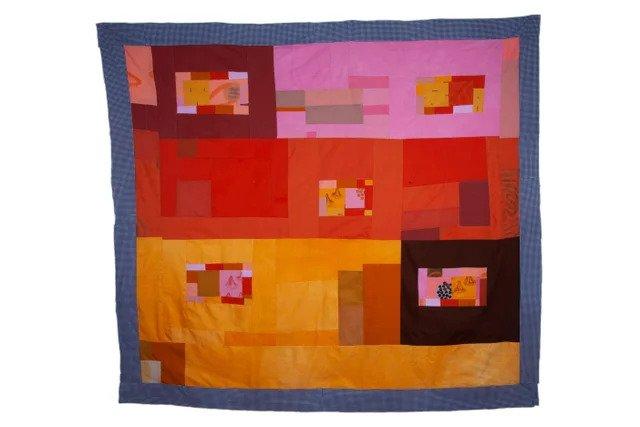 Davis specializes in hand-painted textile work that explore color, texture, shape, and movement. Her series of work on display is influenced from time Davis spent in the woods photographing and collecting specimens to be used in the creation of her compositions. Davis states, “I am inspired by seed pods, invertebrates, mosses and lichens; it is these forms that I describe with dye, thread and upcycled cloth.”

The Cindy Lesperance, Elizabeth Shriver, and Rachel Davis exhibits will be on display in Rock Island through June 24, regular gallery hours are Mondays through Fridays 10 a.m. to 5 p.m. and Saturdays 11 a.m. to 5 p.m., and admission is free. For more information, call (309)793-1213 and visit QuadCityArts.com.