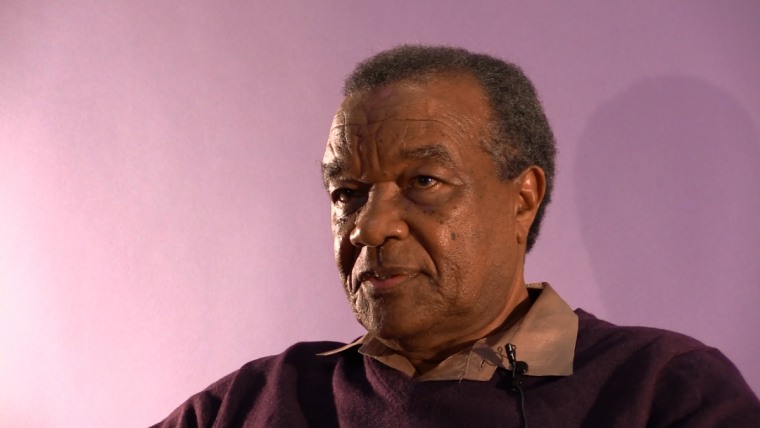 Appearing together in a special event co-sponsored by the David C. Driskell Center at the University of Maryland, noted painter, scholar, and historian Driskell and the Center's executive director Curlee R. Holton will unite for the touring presentation Living Legacy, a special artist conversation being held at Davenport's Figge Art Museum on May 16.

One of the world's leading authorities on the subject of African-American Art, Driskell is highly regarded as both an artist and a scholar. Trained as a painter and art historian, he works primarily in collage, mixed media, and printmaking, and began his teaching career at Talladega College in 1955. He taught at Howard and Fisk Universities and served as Visiting Professor of Art at several universities, including Bowdon College, the University of Michigan, Queens College, and Obafemi Awolowo University in Ile-Ife, Nigeria. Driskell then joined the faculty of the Department of Art at the University of Maryland, College Park in 1977 and served as its Chairperson from 1978-1983. In 1995, he was named Distinguished University Professor of Art and taught until his retirement in 1998, and in 2001, the University of Maryland established the David C. Driskell Center to honor Driskell as an Artist, Art Historian, Collector, Curator, and Scholar. The Center honors Driskell by preserving the rich heritage of African-American visual art and culture.

The recipient of numerous fellowships, awards, and prizes including three Rockefeller Foundation Fellowships and a Harmon Foundation Fellowship, Driskell has also received 13 honorary doctoral degrees in art. While teaching at the University of Maryland, he maintained an active career as a practicing artist, teacher, curator, collector, art administrator, and his works are included in major collections of art museums throughout the world. Additionally, Driskell has authored five exhibition books on the subject of African American art, co-authored four others, and published more than 40 catalogs from exhibitions he has curated. 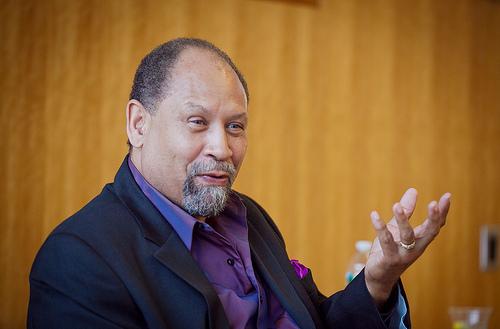 Beyond serving as the permanent executive director for the David C. Driskell Center, artist and scholar Curlee R. Holton is an internationally renowned printmaker and painter. His work has been exhibited professionally for over 25 years in more than 60 one-person shows and over 100 group shows in such prestigious national and international venues as the Seventh International Biennale in Cairo, Egypt; Taller de Artes Plasticás Rufino Tamayo in Oaxaca, Mexico; the Cleveland Museum of Art; and the Whitney Museum of American Art. Holton earned his M.F.A. with honors from Kent State University and his B.F.A. from the Cleveland Institute of Art in Drawing and Printmaking.

Living Legacy: David C. Driskell and Curlee R. Holton will be presented at the Figge at 6:30 p.m. on May 16 in conjunction with the venue's “Thursdays at the Figge” night featuring art-themed activities, tours, refreshments, and more, with all guests admitted free after 5 p.m. For more information, call (563)326-7804 or visit FiggeArtMuseum.org.