"A Trip Back in Time: Drew Morton, Peter Mauney, and Mid-Century Artifacts," through February 28 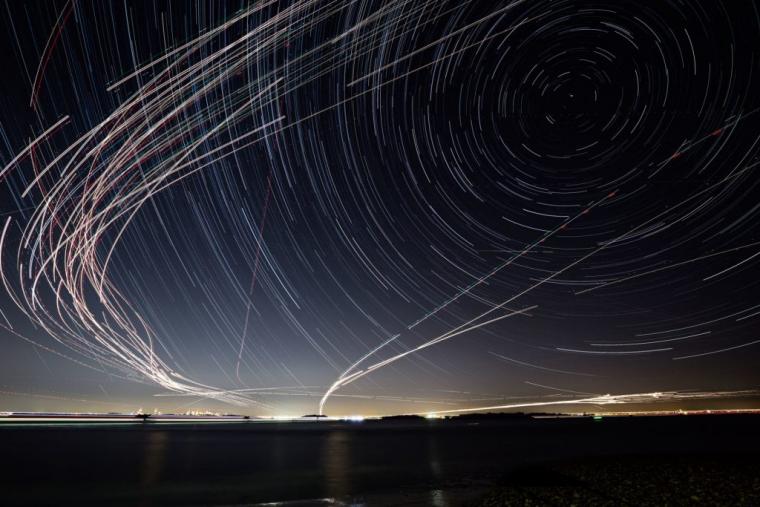 "A Trip Back in Time: Drew Morton, Peter Mauney, and Mid-Century Artifacts" at the Quad City Arts International Airport Gallery -- through February 28 (image by Mauney).

Examples of multimedia, sculpture, photographs, and less traditionally “artistic” artwork are currently decorating the Quad City Arts International Airport Gallery, with the Moline airport, through February 28, housing a trio of exhibits featuring works by Drew Morton and Peter Mauney, as well as pieces compiled under the category of “Mid-Century Artifacts,” under the blanket title A Trip Back in Time. 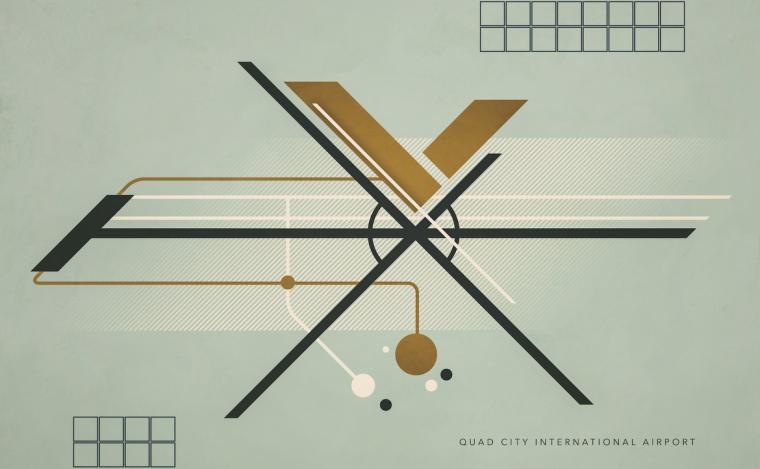 Based in Iowa City, and also a musician, vocalist, and composer for such bands as Jack Lion, Koplant No, and Morton/Padley, Drew Morton states in his DrewMadeStuff.com biography: “I'm a digital artist, photographer, and bassist looking to create things that people look at/listen to and notice all the good things around.” Morton's striking compositional eye and employment of color is evident in everything from album covers to band posters to his significant online collections of photography and video works. As Morton explains, “This series of airport runways emerged from a larger series called my ‘everydays’ where I created a piece of digital art every day for eight years. It allowed me to fall into and explore different styles and techniques. For designing these images, I began by looking at airport runway maps and blended them with my not-so-secret love of mid-century design elements.” The digital drawings on display represent actual airport runways around the world.

Peter Mauney works in Tivoli, New York, where he lives with his photographer wife and two young children. He studied film at NYU before taking a break, eventually receiving his BA and then MFA in photography from Bard College. Always a night person, he has been photographing in the dark since his first serious roll of film. For this series, he camped out in select locations for hours at a time with his camera aperture open to capture the light emitted from airplanes and stars as they moved through the night sky. Examples of his works can be found at NinetyNineNorth.com. 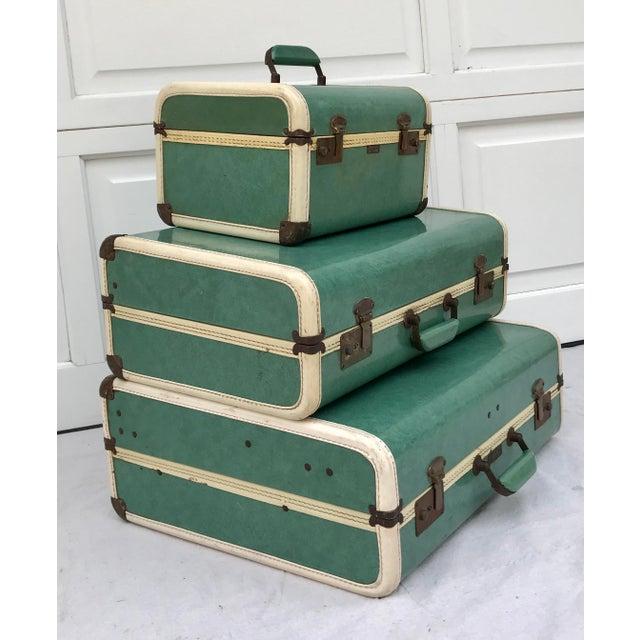 The Quad City International Airport Gallery is located opposite the airport's gift shop and restaurant, there is a $1 fee for parking, and more information on the Drew Morton, Peter Mauney, and Mid-Century Artifact exhibits on display through February 28 is available by calling (309)793-1213 extension 108 or visiting QuadCityArts.com.