“Nina Weiss: Prairie Visions” and “Back to the Future: A Student Exhibit,” May 23 through 28 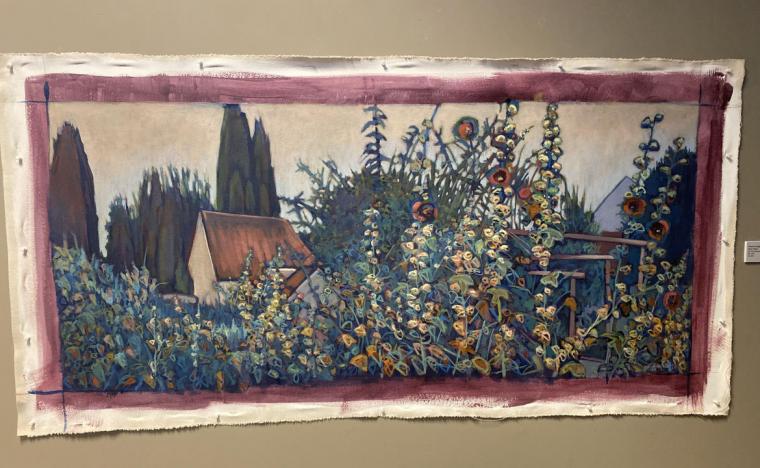 Exhibits: Saturday, May 23, through Thursday, May 28

Works by a celebrated Chicagoland painter and more than 100 up-and-coming area artists are set to decorate the Beréskin Gallery & Art Academy beginning May 23, with the Bettendorf venue welcoming visitors to two brand-new art exhibitions running through May 28: Nina Weiss: Prairie Visions and Back to the Future: A Student Exhibit.

A nationally recognized artist who has been painting and drawing the landscape for over 30 years, Weiss holds a BFA from the Tyler School of Art and K-12 art-education certification from the University of Wisconsin, Madison. Her education includes graduate study at the University of Wisconsin and pre-college study at the Rhode Island School of Design and the Art Students’ League of New York, and Weiss' work is held in private and corporate collections including those of United Airlines, Aetna Insurance, McDonalds, Eli Lilly, and Avon. Weiss' artist’s residencies include tenures at the Ragdale Foundation, Acadia National Park, and the Vermont Studio Center, with her paintings and drawings also seen in such entertainments as Harold Ramis’ film The Ice Harvest and the TV series Chicago Fire.

“Nina and I have been friends for years,” says local gallery owner Pat Beréskin, “and I've traveled with her a number of times. She's also come and done seminars for us on color theory – she's one of the spokespersons for [art-supply company] Prismacolor, and has really been doing great things. Her work is reproduced onto fabric and clothing, as well. Now there are even COVID masks with her artwork on it!” 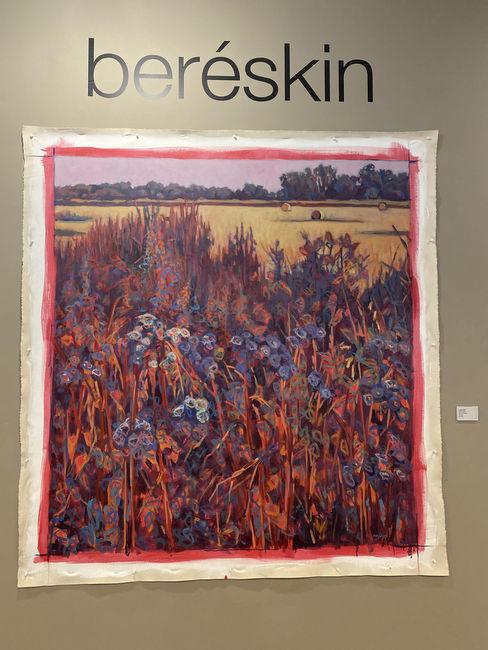 Prairie Visions will feature eight of Weiss' landscape paintings, and as Beréskin states, “They're huge. One of them is 65 by 46 inches, and I think the widest one is 56 inches. And they're just beautiful. One is in awe of the vibrance and strength of colors that illustrate the environment in one of Weiss' pieces.” As Weiss herself says in her artist's statement at NinaWeiss.com: “My work draws the viewer into a heightened vision of gesture and hue, depicting nature with colors that are intense, lush, and dramatic. The work goes beyond traditional ideas of a green landscape. Teasing out the complex colors of nature, I create layers of contrast, line, and form. The paintings depict powerful moments from my travels through the everyday vistas of the Midwest and the world beyond.”

In addition to Weiss' Prairie Visions, the Beréskin Gallery & Art Academy, on May 23, will debut the venue's Back to the Future: A Student Exhibit, which the gallery owner says will feature works by “more than 120 students working in all mediums. We also have some special featured student artists. Two of my graduating seniors have senior exhibitions, and [instructors] Dave Anderson and Brad Bisbey also have a few students featured.

“And we wanted Nina's exhibit to coincide with the students',” Beréskin continues, “because I've actually written a number of units for my art classes on some of her techniques. It's not exactly what she does, but right now, my six-, seven-, and eight-year-olds are practicing some of the color-theory techniques that Nina uses in her pieces, only they're doing it in crayon. They're creating landscapes, and they're learning about how to optically mix. We don't have to always mix things so the viewer says, 'Oh,yeah, that's green!' We can throw a number of colors into the mix and let the viewers themselves create the image.” 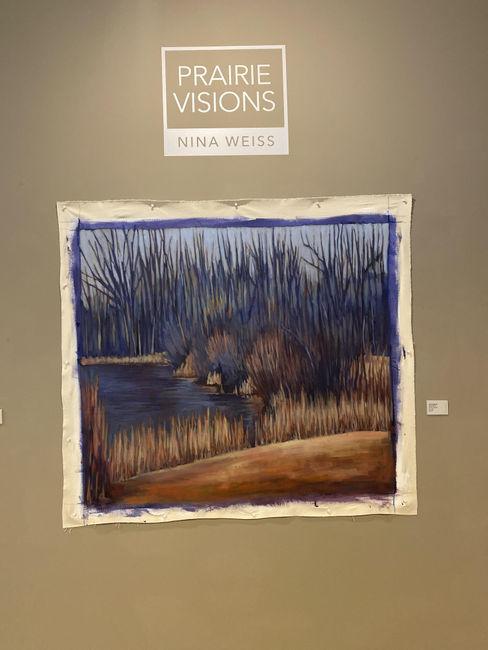 Opening receptions for the exhibits will take place at the Beréskin Gallery & Art Academy on May 23, with the Back to the Future celebration held between 9 a.m. and 4 p.m., and the Prairie Visions reception occurring between 5:30 and 7:30 p.m. Both events will feature live music and complimentary beverages, admission is free, and the evening reception will give patrons the chance to meet Prairie Visions artist Nina Weiss. “We're asking everybody to wear masks,” says Beréskin, “but it should be a nice event. A perfect chance for people to come out of a sheltered time and see something equisite.”

Regular gallery hours are Wednesdays through Saturdays from 11 a.m. to 6 p.m., and more information on the Prairie Visions and Back to the Future exhibitions viewable through May 28 is available by calling (563)508-4630 and visiting BereskinArtGallery.com and Facebook.com/AtomStudioGallery.