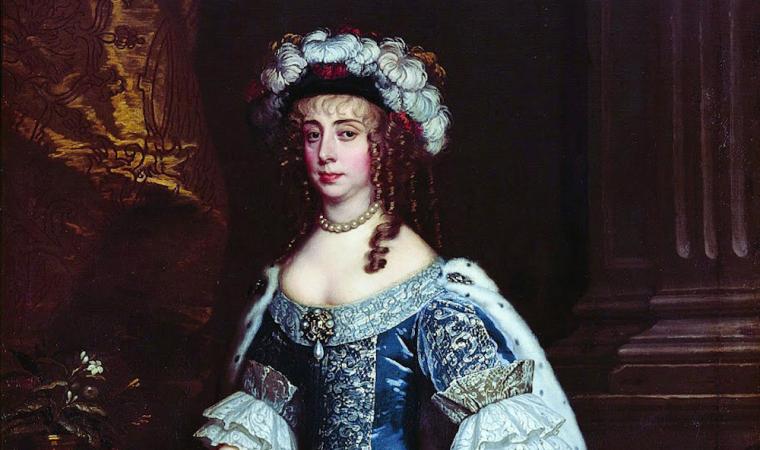 Held in conjunction with the venue's current exhibition Anne Lindberg: think like the river with poet Ginny Threefoot, Davenport's Figge Art Museum with host a special Scholar Talk on August 25 with Dr. David Cunning – professor and chair of the philosophy department at the University of Iowa – as he explores themes from the exhibit in relation to the work of 17th-century notable Margaret Cavendish.

An English philosopher, poet, scientist, fiction writer, and playwright, Cavendish published under her own name at a time when most women writers remained anonymous. Her topics included gender, power, manners, scientific method, and philosophy, and her utopian romance The Blazing World is one of the earliest examples of science fiction. She was unusual in her time for publishing extensively in natural philosophy and early modern science, producing more than 20 original and revised works. Cavendish has been been championed as a unique, groundbreaking female writer who rejected the Aristotelianism and mechanical philosophy of the 17th century, and in 1667, she became the first woman to attend a meeting at the Royal Society of London, criticizing and engaging with members and philosophers Thomas Hobbes, René Descartes, and Robert Boyle. Her publications brought Cavendish fame and challenged the contemporary belief that women were inherently inferior to men, and she insisted her own works would have been better still if, like her brothers, she had been allowed to attend school.

Describing her works as "immersive installations and drawings that tap a non-verbal physiological landscape of body and space, provoking emotional, visceral and perceptual responses," artist Lindberg has teamed up a noted writer for the Figge's Anne Lindberg: think like the river with poet Ginny Threefoot. A collaborative exhibition, this chromatic thread installation occupies the central open space of its gallery, rising and falling in its distance from the floor, thus encouraging visitors to walk around and under the work. It is accompanied by a multi-panel, 25-foot-wide drawing at one end of the gallery and Threefoot’s poetry on the other, and the drawing and text guide and mirror each other as they converse across the space.

References to water and the river became a focus for Lindberg when she read Threefoot’s poem “think like the river,” a piece that entertains a possibility of union with the natural world. Across cultures, the river is a metaphor for the constancy of change and uncertainty in both nature and the human condition. Ideas of water lines, currents, flow, and immersion provide points of departure for this dialogue between art and poetry. Consequently, think like the river invites an interactive bodily experience for museum visitors as they traverse the gallery space. Lindberg’s use of tactile materials and indexical handmade marks have a visceral effect, and the confluence of visual art and language will no doubt stimulate a fluid dialogue of ideas about the inner and outer worlds of mind and landscape.

The Scholar Talk with Dr. David Cunning will take place on August 18, and following the presentation, Cunning will join Lindberg and Threefoot in a conversation about their work. Admission to the 6:30 p.m. event is free, and more information is available by calling (563)326-7804 and visiting FiggeArtMuseum.org.