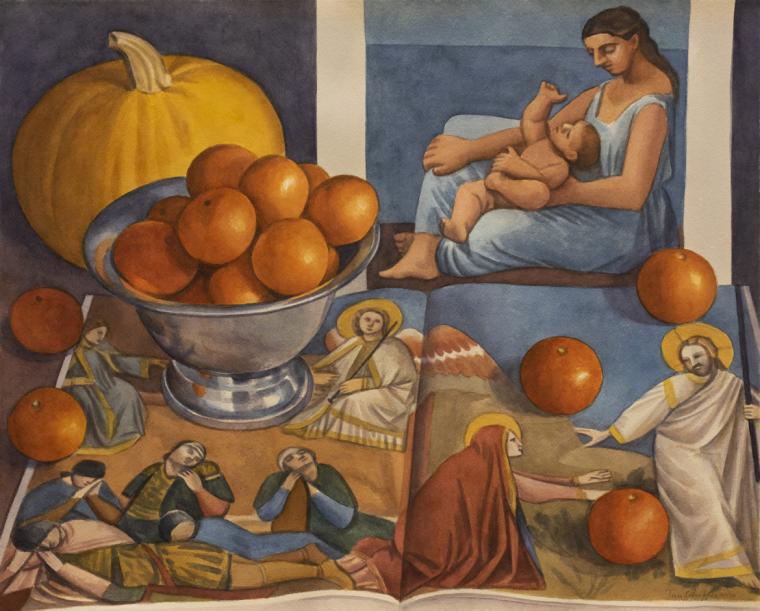 “Tim Schiffer: Paintings within Paintings" at the Bereskin Gallery & Art Academy -- through July 28.

Energetic, multi-hued works by an Arizona-based artist with significant ties to the Quad Cities will be on display in the next exhibition at the Beréskin Gallery & Art Academy, with the Bettendorf venue, through July 8, housing Tim Schiffer: Paintings within Paintings, a collection of arresting pieces created by the former executive director of Davenport's Figge Art Museum.

Raised on a ranch in northern Wyoming and currently based in Tucson, Schiffer's interest in art was encouraged by his mother, who studied at the Art Students League in New York, and who introduced him to watercolors. He attended Phillips Exeter Academy, studied for a year in Rennes, France, and received his BA in art from Yale, also attending the Yale Summer School of Music and Art in Norfolk, Connecticut. Schiffer earned his MFA in painting from the University of California, Santa Barbara, where, for eight years, he was a Lecturer in Art and Gallery Director at the College of Creative Studies, an independent undergraduate program within the university. In 1993, he was named Curator at the Museum of Ventura County in Ventura, California, and went on to serve as Executive Director from 1999 to 2012. Later in 2012, he joined the Figge Art Museum as its executive director before finally retiring in 2019. 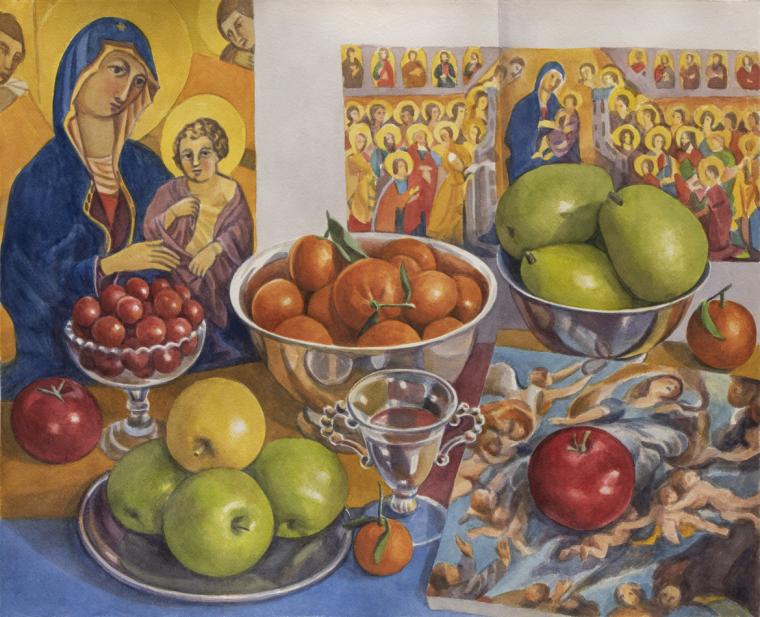 As Schiffer explains in his Artist Statement at TimSchiffer.com: “I work from life, using transparent watercolor on Arches paper. I usually spend several days making drawings before I settle on a final arrangement, which I then draw and transfer onto watercolor paper. From there I build up the painting in layers, developing the interplay of dark and light and the color relationships as I go. Any white areas left in the final piece are the white of the paper, as I don’t use white paint. I enjoy the challenge of creating a “realistic” rendering of the subject while also exploring the interplay between the flat design and the illusion of space and light. I choose the artworks I include in the paintings partly for their role in the composition, but also for the stories they add to the painting. Sometimes the images are related in ways that I only see as the painting progresses.”

Regular gallery hours are Tuesdays through Fridays from 10 a.m. to 5:30 p.m. and Saturdays from 9 a.m. to 4 p.m. The gallery is also open by appointment, and masks and social distancing are required per the Beréskin COVID policy. For more information on the Tim Schiffer: Paintings within Paintings exhibit on display through July 28, call (563)508-4630 and visit BereskinArtGallery.com.