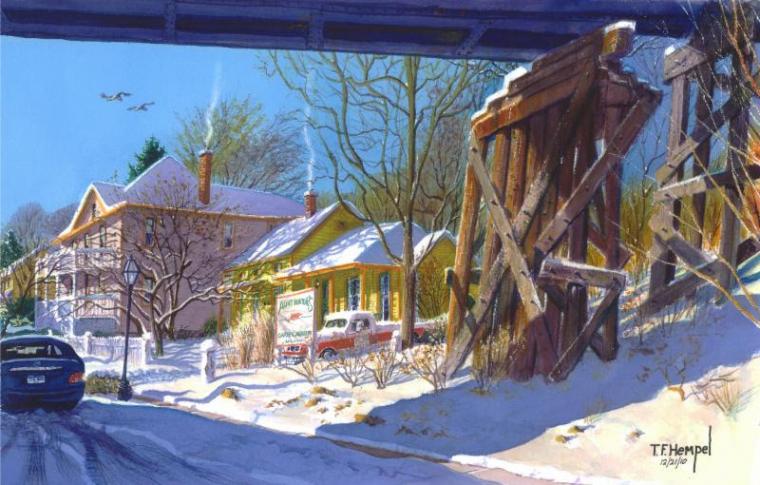 “Tom Hempel: Retrospective” at the MidCoast Gallery at Bucktown -- February 1 through March 31.

At the MidCoast Gallery at Bucktown from February 1 through March 31, vibrant watercolors by one of the Quad Cities' most accomplished artists will be showcased in Tom Hempel: Retrospective, a exhibited collection of works by the Davenport-based talent who has painted more than 1,700 originals depicting a wide variety of subjects that include water scenes, landscapes, and the architecture of area homes, schools, office buildings, and churches.

Hempel’s love of painting began when he was a child and was introduced to paint-by-number kits, and Tom Hempel: Retrospective will include an oil he completed in seventh grade – one of the first reveals of his natural talent. At age 13, he created his first watercolor painting, and advanced art classes at Bettendorf High School contributed to Hempel’s interest and expertise. He was, however, mainly self-taught after those courses, and cites his artistic role models as the late watercolorists Paul Norton of Bettendorf and John Pike of New York. Hempel has sold over 1,700 prints and originals to date, with a few of his customers including Living Lands & Waters' Chad Pregracke (CNN’s 2013 Hero of the Year), pro golfer and winner of the 2012 British Open Todd Hamilton, and Ed Froelich, race director for the Quad-City Times Bix 7. 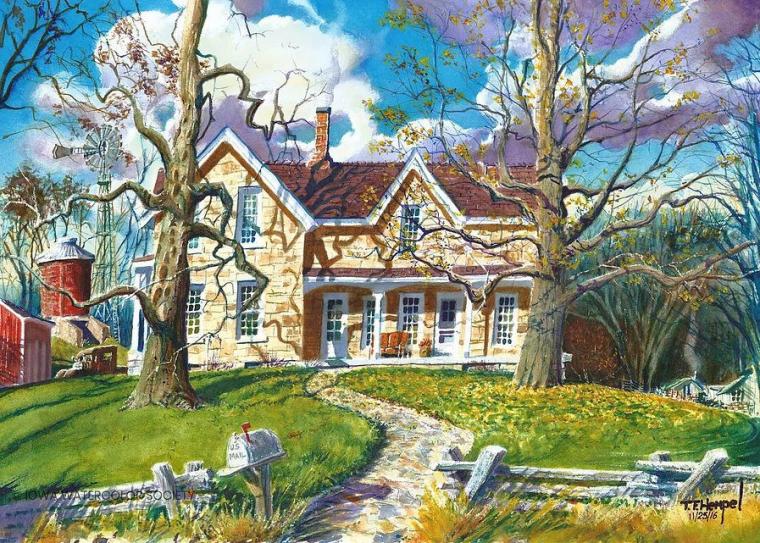 Some of Hempel's accomplishments and citations include receiving Honorable Mention at the 2009 Riverssance, the People's Choice Award at the 2014 Beaux Arts Fair, and Honorable Mentions from the Iowa Watercolor Society in 2017 and 2018. Hempel has also authored a 2015 book of his art titled Boats, Barns, & Bungalows, which received a second-place commendation from the National Indie Excellence Awards. He also teaches his craft in various area venues and attends multiple art shows and sales throughout the year, and as Hempel states in his TFHempelWatercolors.com biography: “Tom remains blessed with good health and looks forward to many more years of creating masterpieces.”

Tom Hempel: Retrospective will be on display at the MidCoast Gallery at Bucktown from February 1 through March 31, with regular gallery hours 11 a.m. to 6 p.m. Wednesdays through Saturdays. Admission is free, and more information is available by calling (563)424-1210 or visiting MidCoast.org.