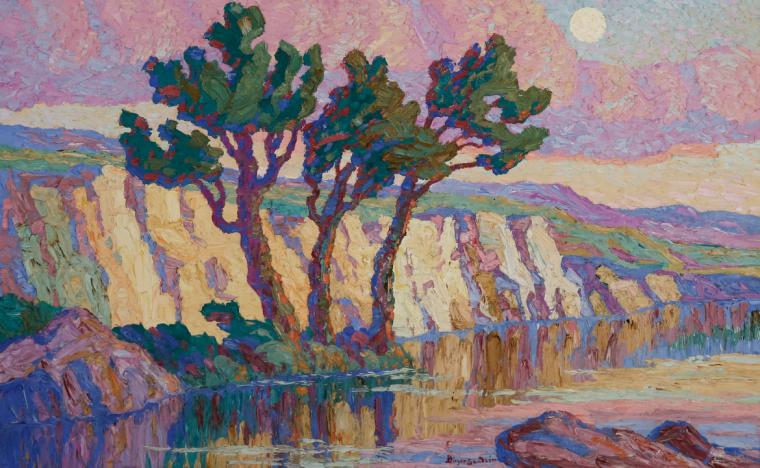 Sven Birger Sandzén's "Creek at Moonrise" in the exhibit “Världen är Liten: The World Is Small – Modern Swedish and Swedish American Works" at the Augustana College Teaching Museum of Art -- November 16 through February 9.

Presented in partnership with the Figge Art Museum's current exhibition French Moderns: Monet to Matisse, 1850-1950, the Augustana College Teaching Museum of Art showcases artistic creations from the same 100-year period in Världen är Liten: The World Is Small – Modern Swedish and Swedish American Works, a November 16 through February 9 exhibit highlighting works in the museum's collection made by Swedish and Swedish-American artists.

Celebrating the works of talents whose art and practice brought them into dialogue with Parisian Modernism, Världen är Liten: The World Is Small allows viewers to dig deeply into artistic mediums such as painting, drawing, lithographs, wood cuttings, carving, scultpure, and more, enabling patrons to think about the works in dialogue with those on view at the Figge. Kai Swanson, Augustana’s Special Assistant to the President, says, “Världen är Liten is a natural complement to the Figge's French Moderns, since many of the prominent artists in Swedish modernism actually studied with artists like Henri Matisse in Paris before bringing those ideas north for examination through a more Scandinavian lens.” Swanson adds that a collection donated to Augustana by Sam and Ann Charters and curated by Dr. Claire Kovacs, the museum’s director, showcases the important impact of French artists on a generation of Swedish-American artists. 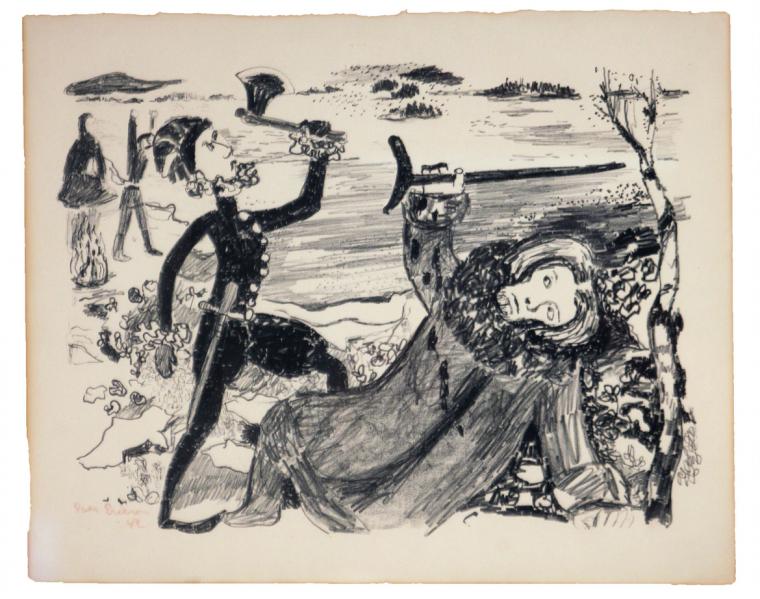 Världen är Liten: The World Is Small – Modern Swedish and Swedish American Works will be on display from November 16 through February 9, with the Augustana College Teaching Museum of Art hosting an opening reception for the exhibit at 5 p.m. on November 16. Regular museum hours are Fridays and Saturdays from noon to 4 p.m., admission is free, and more information is available by calling (309)794-7469 or visiting Augustana.edu/artmuseum.