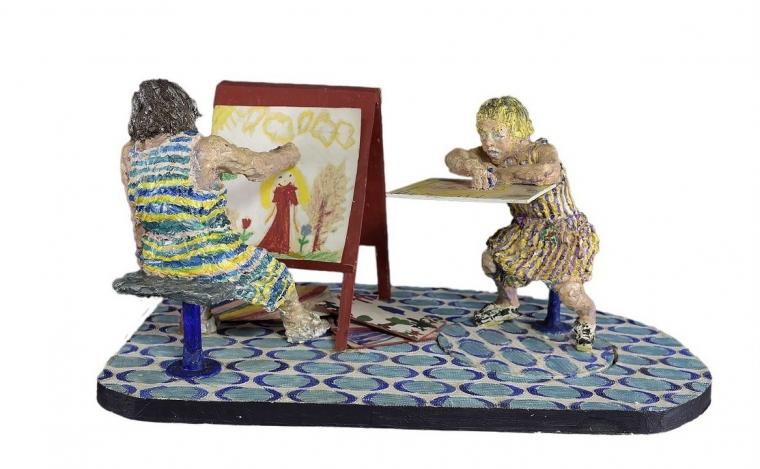 A fascinating discussion on the various techniques and production processes used to create spectacular pieces in the Davenport venue, the Figge Art Museum's virtual artist talk on October 21 will find curator Joshua Johnson taking an in-depth look at key art in the popular exhibit Dimensional: 3D Works from the Figge Collection, a showcase for the talents of dozens of gifted artisans spanning literal centuries.

With the exhibition sponsored by Mark and Barbara Zimmerman, the artworks featured in Dimensional: 3D Works from the Figge Collection range from those carved by artisans from ancient Rome all the way to contemporary assemblages created by living artists. The exhibition is organized according to the four predominant methods of sculptural production: carving, modelling, casting, and assembly. This allows comparisons of technique across time period and materials, creating an in-depth look at the trajectory of sculpture through the lens of the museum’s collection.

Joshua Johnson's virtual curator talk starts at 6:30 p.m. on October 21, and while participation is free, advance registration is recommended. The Dimensional: 3D Works from the Figge Collection exhibit will be on display through January 16, and more information is available by calling (563)326-7804 and visiting FiggeArtMuseum.org.