State Governments Are Becoming the Biggest Drug Lords of All 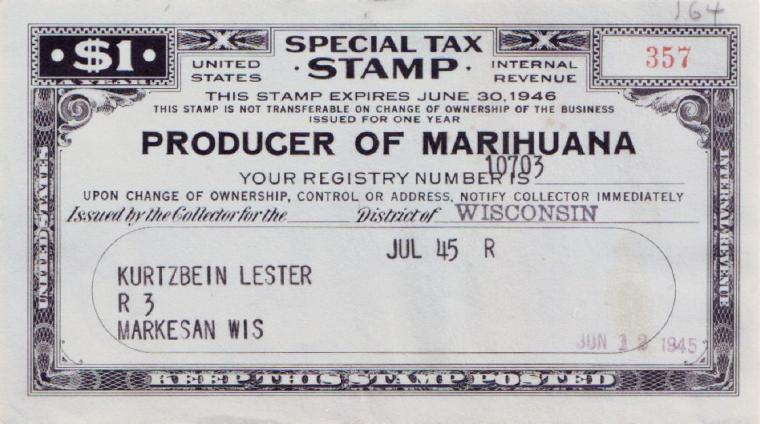 The so-called “war on drugs” – actually a war on certain people associated in various ways with certain drugs – has served since the Nixon administration as a major profit center for governments at every level. Owing to the ostensible efforts to suppress the possession, use, and commerce in these drugs, governments have been able to justify great increases in their staffs, budgets, and power.

Of all the interest groups that have devoted themselves to propping up this social, economic, and political catastrophe, above the others prominently stands the government itself – especially the police, the prosecutors, the prison guards, and the unions that represent the police and the prison personnel. Despite substantial efforts by various private groups opposed to the war on drugs and despite the growing public disapproval of the war on drugs, especially the marijuana laws, the government groups have remained steadfast in their opposition to any slackening of the established actions to cut off drug supplies and punish everyone engaged in the industry, whether as producer, consumer, or middleman. At present, President Donald Trump, his attorney general, and his secretary of homeland security are all voicing support for not only retaining but ramping up the national government’s war on drugs, including its enforcement of the federal marijuana laws.

In recent decades, however, a growing number of states have liberalized their drug laws, especially those related to marijuana. As Governing.com summarized: “Twenty-six states and the District of Columbia currently have laws broadly legalizing marijuana in some form. Three other states will soon join them after recently passing measures permitting use of medical marijuana.

“Seven states and the District of Columbia have adopted the most expansive laws legalizing marijuana for recreational use. Most recently, California, Massachusetts, Maine, and Nevada all passed measures in November legalizing recreational marijuana. California’s Proposition 64 measure allows adults 21 and older to possess up to one ounce of marijuana and grow up to six plants in their homes. Other tax and licensing provisions of the law will not take effect until January 2018.” (Illinois has legalized medical marijuana, and Iowa this year enacted legislation to do the same.)

As this summary indicates, states that are “liberalizing” their marijuana laws are not doing so by simply repealing existing laws that make the possession, distribution, and production of these products illegal. Instead, the states are creating a complex regime of control, regulation, and taxation.

By these expedients, state governments are in effect responding to the public’s growing opposition to the old regime of arrest, prosecution, and imprisonment by creating a legalized arrangement in which the governments themselves will rig the markets and skim off a large part of the earnings of sellers via fees and taxation.

The state governments are turning themselves into de facto landlords of drug-dealer sharecroppers: The producers that grow, process, and sell marijuana will be required to pay the government what amounts to a share of the income. Thus, while continuing to wage the old war on participants in the markets for cocaine, heroin, and other forbidden drugs, the state governments will embed themselves in the marijuana segment of the drug markets as a kind of modern lord of the manor, requiring that the peasants pony up tribute of various sorts and comply with the lord’s dictates in regard to the nature of the industry’s organization and operation. In this setup the government of each state with “liberalized” marijuana laws will be, to put it simply, the biggest drug lord of all.

Readers who have studied the national government’s prohibition of alcoholic beverages in the 1920s and early 1930s may notice similarities in the abandonment of punitive alcohol prohibition then and the growing number of state abandonments of punitive marijuana prohibition now. In the early 1930s, state and federal governments were struggling with greatly diminished revenues occasioned by the economy’s Great Contraction. To recoup these losses of revenue, in 1933, the governments repealed the 18th Amendment of the U.S. Constitution, abolished their anti-alcohol police units, and set about taxing a highly popular product with a highly inelastic demand.

Franklin D. Roosevelt probably never took any action that was more broadly popular than his support for scrapping Prohibition. The point, then as now, was that prohibition had spawned a vast black market free of taxation, and governments wanted the money it could reap from legalization and taxation. Likewise today in the marijuana market, governments want to get their hands on more of the money received by the sellers.

Robert Higgs is senior fellow in political economy at the Independent Institute (Indepedent.org, where this article originally appeared).