Holst Should Chair Scott County Board in 2017

In January, the first order of business for the Scott County Board of Supervisors will be to hold an election for its 2017 officers. Two incumbent supervisors serving the second halves of their four-year terms are purportedly vying for the position of chair: Diane Holst and Carol Earnhardt. There are five supervisors who will vote for this year’s chair, so a 3-2 vote will secure the position and associated responsibilities for the next 12 months.

There is more to these responsibilities than meets the eye, and the taxpayers and citizens of Scott County would best be served with Diane Holst as the chair in 2017. Beyond Holst’s consistent advocacy for recording public meetings for public access, she has unparalleled experience with and knowledge of the inner workings of the Scott Emergency Communications Center (SECC911). This matters in a big way this coming year, because the county to date has spent more than $30 million to implement consolidated dispatching throughout Scott County to no avail. Another huge, albeit undisclosed, amount of money is on the table again in an attempt to achieve centralized dispatching that actually works. 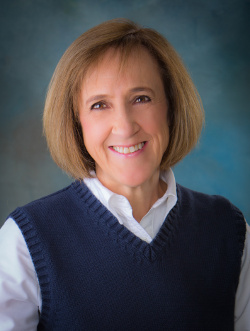 With the huge expenditure(s) looming for SECC911, Holst is unequivocally the most-qualified supervisor to serve on its board. In other words, this isn’t about politics but about efficiencies, expertise, transparent representation, and having no learning curve. For the past six-plus years, Holst has attended nearly every meeting of the SECC911 board and its associated Technical Advisory Committee (TAC), making her uniquely and eminently qualified based on consistent research and a thorough grasp of the complex issues surrounding the still-not-consolidated 911-dispatch behemoth created by this 28E agreement.

Holst was inspired to run for her seat after attending four years of SECC911 and TAC meetings as a concerned citizen. While it doesn’t sound very exciting or sexy, Holst observed the SECC911 board approve nearly $30 million in expenditures toward a consolidated, synchronized emergency-dispatch system for Scott County communities (including Davenport, Bettendorf, and Eldridge) to respond to life-and-death calls countywide. To date, Scott Countians still do not have consolidated dispatching. Holst ran for supervisor knowing far-greater due diligence was required for the proper stewardship of tax dollars.

What Scott Countians do have is more than $30 million spent to house a consolidated-dispatching center that can withstand an Armageddon-level disaster, state-of-the-art conference/meeting room(s), modern offices, and plenty of technology throughout. But we’re still lacking what was promised when this new, uncapped taxing authority was imposed: a consolidated central-dispatching operation.

Now SECC911 must approve new radios at a minimum, or an all-new radio platform capable of linking to other surrounding counties – including in Rock Island County – and potentially to the Iowa Statewide Interoperable Communications System currently being built across the state.

When Holst started attending the first SECC911 and TAC meetings more than six years ago, few Scott County residents knew TAC existed, yet it was in that committee that all the details of how SECC911 would operate were decided – and still are. TAC’s proposals are rubber-stamped by the SECC911 board, which has the ultimate responsibility for executing them. The TAC originally challenged Holst’s presence at its meetings, which by law are open to the public. In response, she showed that TAC was violating Iowa’s open-meetings law. Subsequently, Holst was welcome at the meetings and has been bringing sunlight to the proceedings ever since.

The SECC911 and TAC meetings are worth paying attention to because the tax dollars involved are enormous, representing some of the largest expenditures in the county. Taxpayers have a right to know how these dollars are being spent – or, in the case of SECC911, squandered, considering that the primary deliverable hasn’t yet been delivered more than $30 million later.

Make no mistake: $30 million is a lot of money for Scott County, and for most counties. More alarming is that SECC911, under the auspices of the Scott County Emergency Management Agency, was established as a no-cap taxing authority. This means that if cost overruns occur, taxes are simply raised to cover them, and there is no limit on those increases. That is why studied scrutiny is sorely needed for all work done by SECC911 and TAC.

Again, one of the SECC911 board slots is automatically filled by whoever chairs the Scott County Board of Supervisors. It is for this reason that Scott Countians should robustly encourage the supervisors to elect Holst as the 2017 chair. Supervisor Earnhardt has comparatively little experience with SECC911, and it is a tall order to expect her to get up-to-speed in a short time.

SECC911 has hired another consultant, Elert & Associates, to review the status of the current radio system, and it will provide options for moving forward. The current system is coming to the end of its life – a short life span that was divulged mere months after the county issued $10 million in bonds for this system. It will need updating at a minimum or replacing altogether. In between are lots of variables and decisions to be made that require in-depth understanding of how everything interacts and the benefits and costs: phases of radio systems; compatibility with adjacent systems and/or radios; whether to synch with Iowa’s new statewide communications infrastructure; what services can link up beyond dispatching; whether the county should own or lease its system; revenue opportunities with bandwidth; and the list goes on. For more information, visit DianeHolst.com/secc911-board-to-decide-on-new-radio-communication-system.

There is no question that Holst is clearly the most qualified supervisor to help lead this critical implementation. She should be recognized as the asset she is to the county, both to the staff who must deploy the system and the taxpayers who must pay for it.

Meanwhile, mental health represents another looming new expenditure for the county, and that area is Earnhardt’s passion. It is unreasonable to expect that one person can simultaneously provide effective oversight and leadership for both SECC911 and mental health, while carrying out the additional responsibilities that go with being chair of the Board of Supervisors. By electing Holst as chair, she will automatically be part of the oversight of SECC911, and Earnhardt can focus on mental health – thereby providing balance and synergy to the board and the best possible representation to Scott Countians.

Please call the supervisors and urge them to vote for Holst – not for political reasons, but instead for rational best practices as a supervising body. The contact information for each supervisor and supervisor-elect is below. Let this be a first step in renewed participation in your local government and getting re-engaged going forward.