Kennedy Missing an Opportunity as the “Outsider” 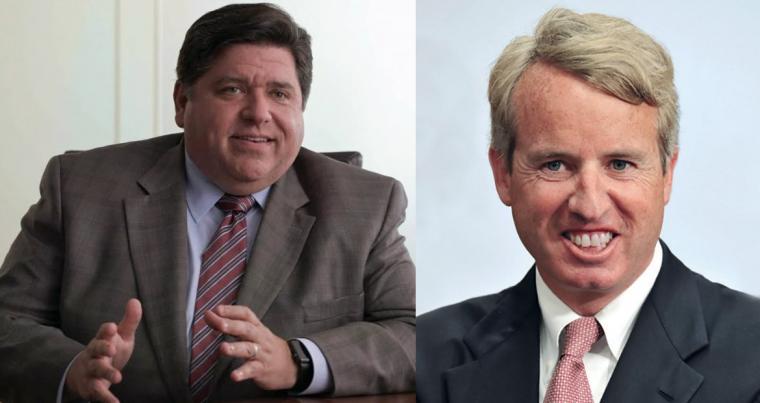 Both candidates won because they ran as firm, anti-establishment outsiders. Fitzgerald was best known as a state senator in the 1990s for railing against the elders who ran his Republican Party, including many who had been supplying the GOP with loads of money over the years and who’d used their positions to handsomely profit from state business. Rauner also ran against his party’s insiders when he launched his campaign, dismissing them as bought and paid for by Springfield’s special interests.

Billionaire Democrat J.B. Pritzker isn’t following this pattern as he campaigns for governor. Insiders, elected officials, and politically connected union leaders have been jumping on his bandwagon from the get-go, usually after being impressed with Pritzker during one-on-one meetings.

The game plan seems pretty obvious. Pritzker doesn’t want those folks and groups endorsing Chris Kennedy, whose last name is still immensely popular and whose own connections over the decades would’ve guaranteed him support from his party’s elders if Pritzker and his nearly infinite bank account hadn’t stepped in. Kennedy doesn’t have Pritzker’s kind of money, so Kennedy is perceived as needing support from the people and groups who fund and staff the party’s apparatus. At the moment, those folks are streaming toward Pritzker amid a cacophony of whispers (all denied) that House Speaker Michael Madigan is directing the traffic. Starve Kennedy of money and foot soldiers and maybe he’ll drop out.

Kennedy, whose personal wealth is substantial but nothing like Pritzker’s, has made some halfhearted attempts to claim that endorsements don’t matter whenever he loses them. But he hasn’t yet embraced (or maybe doesn’t even recognize) the role that’s literally being thrust upon him. Kennedy’s originally preferred path of being the widely endorsed “inevitable” candidate is now owned by Pritzker. By default, Kennedy’s now the most prominent “outsider” in the race.

After almost two and a half years of Rauner’s rule, the government is in shambles. Rauner’s first campaign video back in 2013 complained that the state had “the highest unemployment in the Midwest,” and that’s still true today. He pointed to the state’s “lowest credit rating in America,” and that’s only gotten worse. “Springfield is broken; $8,000 in pension debt for every man, woman, and child,” Rauner bemoaned in the video. That figure is now $10,000.

So maybe Illinois voters will yearn for someone who can work with Springfield to solve our massive problems and get us back to a semblance of normalcy after three populist governors in a row couldn’t get anything done. That appears to be where both Pritzker and Kennedy are going.

If Rauner doesn’t obtain a budget deal, he will simply run against the establishment again, claiming the evil powers that be (Madigan) have blocked him at every turn, but that he is “very close” to breaking their self-serving logjam. And, indeed, if he is re-elected after what could be four years of gridlock, the Democrats will have to start working with him. Democrats claim that Rauner hid his “real” agenda from voters in 2014. But that agenda is now crystal-clear to everyone.

Almost half of Illinois Democrats voted for insurgent presidential candidate Bernie Sanders a year ago. A recent poll by the Paul Simon Public Policy Institute showed that Rauner is slightly more popular than Madigan in Chicago, of all places.

So an authentic, independent, populist message from the late Robert Kennedy’s sincere, accomplished, and mild-mannered son could very well resonate.

Among the things you can’t help but notice in the press coverage of Kennedy’s Downstate appearances are the reports on crowd size. His family name is packing halls all over the place as locals come out to witness a part of history.

The obvious question is whether Kennedy can sustain this. His name and the hints of his family’s famous accent in his speaking voice are working like a charm for him right now. But will it last?

If he embraces a different direction, I think the answer could be yes.