Petitioning for Redress of the Bamboozle 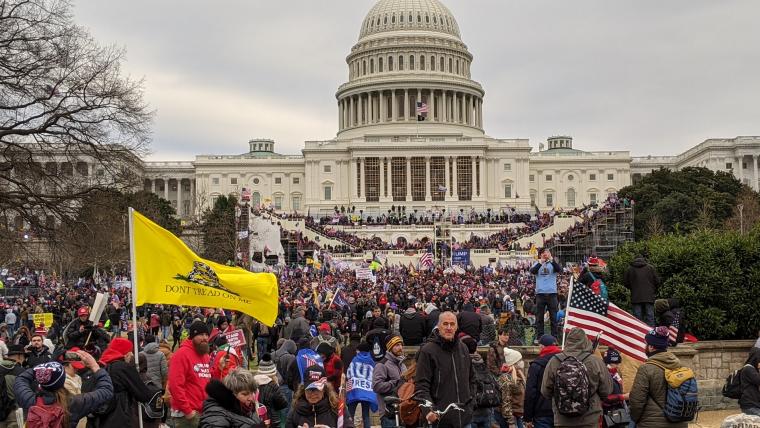 Eric Hoffer the moral and social philosopher who wrote The True Believer: Thoughts on the Nature of Mass Movements in 1951, is often quoted as saying, “Propaganda does not deceive people; it merely helps them to deceive themselves.” In his 1995 book The Demon Haunted World, Carl Sagan explains that science is not just a body of knowledge, but is a way of thinking. He writes, “One of the saddest lessons of history is this: If we've been bamboozled long enough, we tend to reject the evidence of the bamboozle. We're no longer interested in finding out the truth. The bamboozle has captured us. It's simply too painful to acknowledge, even to ourselves, that we've been taken. Once you give a charlatan power over you, you almost never get it back.”

Last year at this time we published the article, “January 6: In Their Own Words – Firsthand Accounts from Five Concerned Citizens Who Were in Washington D.C. on January 6, 2021.” Five very credible, civically engaged people well-known to the owners of this paper shared with us their firsthand accounts, responding to 12 questions we posed about their observations and actions on that historical day. If you have not read it, I highly encourage you to do so at RCReader.com/commentary/in-their-own-words-january-6-2021. The narrative we understand from their account is that there were 500,000 to 2 million people in D.C. that day, all peacefully rallying, protesting, networking, singing, etc. What these people were doing was exercising their constitutionally protected rights to assemble, speak, and petition the government for a redress of grievances. There's likely been no larger mass attempt to petition the federal government for redress than what occurred January 6, 2021.

The majority of the government inside those ten square miles of D.C., would have Americans believe there was a coup attempt. When in reality, there were a handful of bad actors, provocateurs, instigators, and federal-agency personnel themselves that perpetuated the isolated incidents of violence. Moving the barricades away and opening the doors to the buildings where people dutifully proceeded between the velvet ropes so they could get to a much needed bathroom is not what an insurrection looks like. [Note: Please also read the companion piece we published in our printed January edition, and online: Noble Lies Are No Excuse for Ignoble Acts.]

Even if you hypothetically allow for the nearly 1,000 arrested protesters to be “violent” and have ill-intent (which is not true), and there were only 100,000 people there, that's 1 percent of the petitioners acting out. What happened to the hallowed Democracy when 99 percent have a peaceful right to demand answers? It's likely there were more than one million people there and now we are into the one-tenth of 1 percent that were “possibly” bad actors.

If Americans allow January 6 to chill their collective instinct to show up at the doorstep of government when critical actions related to their oaths of office are being conducted, such as investigating allegations of election fraud prior to rubber stamping an Electoral College vote, then we are doomed to endure bamboozle after bamboozle. Sadly, the right to petition for redress is the only protected right that has not been formally adjudicated at the Supreme Court. Every other first amendment clause has a famous settled law rulings by SCOTUS. Imagine that.

Many have tried, no more so than Bob Schulz and We the People Foundation, which I've written about many times over the years. Each and every time the courts tell the petitioners, “Yes, we are harming you and yes there are constitutional violations. However, your harm is no greater than everyone else's harm, so you have no standing.” Now you know the real reason we are told over and over we live in a Democracy, and not a Republic. The word democracy appears nowhere in any state or U.S. constitution.

And now, local doctor and former state senator David Hartsuch is attempting to enforce such a right to petition with his lawsuit against the Iowa boards of Medicine and Pharmacy. It's an important case, with far-reaching consequences for both doctors in Iowa who wish to maintain their free speech, and patients who wish to maintain their bodily autonomy. Turns out that board members, by state law, are indemnified from being sued for any damages they may cause by their actions. Even locally elected officials have bonds with insurance companies to mitigate such risk to tax payers. Thus, David is suing for the Iowa government to enforce their own laws. The news release regarding this case is published here. Thank you, David, for being the passionate patriot you are.