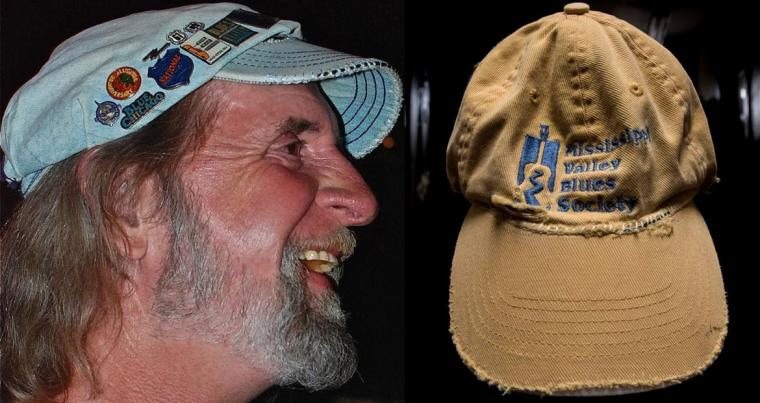 “Ped’go!” I would bark out every time I ran into Steve Pedigo, always glad to see him – which was too infrequent these past couple years. Steve was as multifaceted as they come, and he was a lot of things to a lot of people. He was everything from a loving father to a political pundit to a handyman to a motorcycle mechanic to a blues ambassador to a radio disc jockey. Steve’s waters ran deep, and if you named a topic, he could carry on an engaging discussion. I always felt time with Steve was well spent, no matter where, when, or for how long. He was self-deprecating and incisively funny.

Steve possessed encyclopedic knowledge on a wide variety of topics, many of which – such as world history – would surprise those who did not know him well. Steve’s wheelhouse, of course, was all things blues, and he could recite details about who played when at the Blues Fest, or who played harp in which local bands last year, or which band won which Blues Challenge from here to Memphis. Steve lived above the Reader offices for more than a decade, and his apartment was a shrine to live blues – every square inch of the walls and ceiling in each room covered with a live blues concert, club, or festival poster, many of them autographed and accompanied by ticket stubs. He used to host legendary early-morning parties there every March when the St. Patrick’s Day parade would go by. Many a blues song was performed live on the second floor of the Ranzow building.

Steve was a longtime contributor to Blues News, the official publication of the Mississippi Valley Blues Society, and he wrote many a preview of blues artists who were performing at the annual Blues Fest in Davenport – inside the festival guide the Reader used to publish. He would also pen the occasional letter to the editor to any paper that would publish him, and often it was under a nom de plume such as The Right Reverend J. “Muggles” Freebourne or the Rt. Honorable Prof. Aloysius T. Gitwiddit, Esq.

A great example of Steve’s effective blend of humor and insight was the out-of-the-ordinary 2005 piece he did at my request on the annual Quad City Regional Auto Show. Here are excerpts from that article (the full text is reproduced below), and – true to form for the independent press – Steve did not pull any punches:

“I’ve never purchased a new car. I figure that just the depreciation on that first trip from the showroom to my driveway would cover one hell of an all-night joyride in a fully stocked stretch limo. I’d opt for the chauffeured rolling party over that first 30 minutes of inhaling the new-car aroma and praying somebody doesn’t pull out in front of me while I’m trying to figure out how to turn off the windshield wipers. For every person who goes out and buys a new car, there’s somebody towing an old wreck down to the junkyard. That’d be me.

“So I experienced a little trepidation when the Reader contacted me about covering the Iowa Illinois Regional Auto Show last weekend at the RiverCenter in Davenport. They said they were looking for something along the lines of ‘Hunter S. Thompson meets Consumer Reports.’ I haven’t done nearly enough owner-satisfaction surveys or hallucinogens to meet either of those criteria, but it still left a pretty wide window to get through. ...

“Stretching across both sides of the RiverCenter, the number of models and diversity of styles made it hard to do more than just wander around bug-eyed and try not to drool on anything. There were surprisingly affordable subcompacts and trucks big enough to drive over a subcompact without switching gears. Sensible minivans (separate cup holders for your coffee and your Big Gulp) and luxury SUVs (heated leather seats and a bumper winch). There was a model for just about anybody who was looking for something to buy or just to lust after. Americans might be satisfied with only two names on an election ballot, but when we go to look at automobiles, we demand some variety.”

Steve practiced what he preached, and his affinity for celebrating live blues was never more manifest than when he DJed at St. Ambrose’s FM radio station, KALA. Thanks to Doug Wilming, we have some recordings of Steve’s on-air personality and below are some excerpts from those audio files.

“You’re listening to Beats & Rhymes & Rhythm & Blues, the radio show for those who never listen to the radio. Brought to you by the Mississippi Valley Blues Society. If you’re one of my regular listeners or if you’re one of my other regular listeners, you know I’m a man on a mission trying to get somebody off their butt, turn off the TV, get out, and see some live music. I have this radical concept that the good way to keep the blues alive is with live blues. In fact, it’s really hard to keep the blues alive without live blues. We’ve got a lot of great musicians and a lot of great venues that are willing to hang ’em over the fence and book these guys in. All we need is people to come out and support the music. That’s where I come in with DJ Ignit’s incomplete, inaccurate, incomprehensible, arbitrary, and capricious list of live music. And it ain’t all the live blues, or all the good live blues – just the live blues that I am aware of. ... I’ve seen 98 to 99 percent of these bands before and would recommend any of them. ...

“I’ll be back in a couple weeks if the creek don’t rise and no outstanding warrants show up. That will be December 19. I’ll be in full bah-humbug mode by then. Not a big fan of Christmas. Bust my butt to make enough money to buy a bunch of presents for people that don’t need ’em, with money I don’t have, and then have to work it all off and then somebody goes, ‘Happy Holidays!’ When’s the holiday?! ...

“And at Rascals on Saturday December 28, it’s gonna be Anthony Gomes. ... He played the Fest this year, too. So, it’s nice to see those guys coming back. If you missed him at the Fest, they put on a great show. They do better shows in bars. I always like bar shows better than festival shows because you have a roof, and you don’t have to walk so far for beer, and they serve bourbon, and you get two sets instead of one set. Just personal opinion.”

Steve died January 17, and a celebration of his life will be held on Saturday, February 18, at Cabana’s in Rock Island. There will be live blues music, food, and drink, and all of Steve’s posters and prized T-shirts will be on display. As Steve would often say, “Give me a club, just a club that’s a little too small, a little too crowded, a little too hot and sweaty, a little too dark, a little too dangerous, and I’m in blues heaven.”

He is sorely missed.