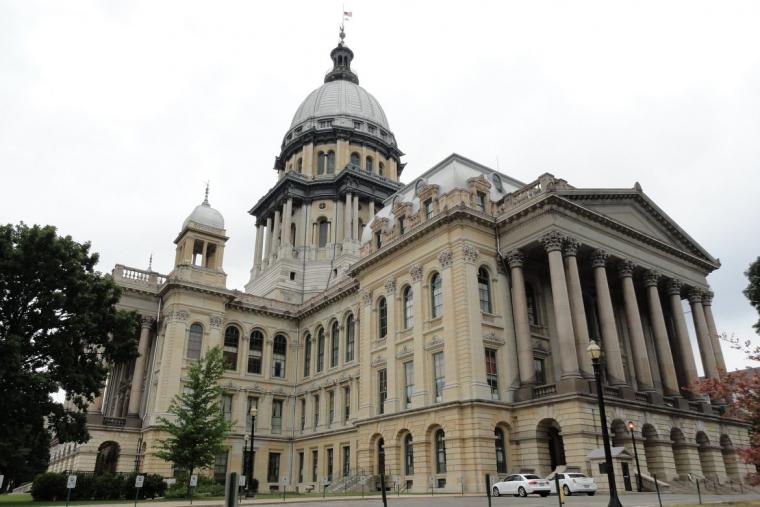 You may have read a news story or two about the latest blistering report from New York-based S&P Global Ratings about Illinois’ fiscal and economic woes.

But it’s far more brutal than anything reported by the media, and it pretty obviously lays the blame for much of the morass at Governor Bruce Rauner’s doorstep while calling on legislators to assert “governing control.”

The title of the report was “For Illinois, Having A Plan Beats No Plan.” That title refers to the Illinois Senate’s bipartisan attempt to forge a “grand bargain” of a balanced budget and non-budgetary reforms.

The credit-ratings agency took no position on the Senate plan itself but claimed that “if lawmakers were to begin asserting governing control over state finances, that could help alleviate some of the pressure currently bearing down on Illinois’ credit quality. ...

“Illinois’ fiscal crisis is, in our view, a man-made byproduct of policy ultimatums placed upon the state’s budget process,” S&P analysts wrote, adding: “As we see it, the governor interpreted his election in 2014 as a mandate to pursue various institutional changes that the legislature has steadfastly opposed.”

Those two connected sentences blame Rauner and his longstanding refusal to negotiate a real budget that balances revenues and spending until his non-budgetary demands were approved by Democrats who could not ideologically accept most of them.

Maybe you think you haven’t felt any direct effects of the stalemate. But maybe you just didn’t realize that our state’s declining economic well-being is related to the inability of our Statehouse leaders to get their acts together.

The agency claimed residents and businesses had already begun to “vote with their feet” to flee the state’s governing disaster.

“We have viewed the ability in the U.S. of residents to migrate easily from state to state as providing an implicit check on gross mismanagement. The recent out-migration pattern seen in the Census Bureau data suggests this phenomenon may have begun to assert itself in Illinois to the detriment of the state’s economic outlook.”

In other words, lots of people are leaving Illinois because the government is so screwed up, and that’s making our economic situation even worse, which will, of course, worsen our government’s fiscal problems.

With S&P blaming the governor so directly, it should be no surprise that some Democrats and labor-union leaders still don’t want to negotiate with Rauner. But here are a few scary numbers for those who insist that the governor shouldn’t be given any political “wins” by acceding to some of his demands for non-budgetary items.

Let’s start with $27.7 billion, the official projection of the state’s unpaid-bill backlog for June 30, 2019 – the end of Fiscal Year 2019. The governor’s Office of Management & Budget projects the backlog will rise about $7 billion a year. So by January of 2019, when the next governor is sworn into office halfway through the fiscal year, the backlog will be about $24 billion.

Because so many state vendors, particularly social-service providers, aren’t being paid on time, the Senate’s grand bargain includes borrowing $7 billion to pay off many of the state’s overdue bills. The plan budgets a billion dollars a year to make the bond payments.

So a similar plan to pay off vendors by whoever wins the 2018 governor’s race would have to borrow at least three times that amount, pushing the bond payments to over $3 billion per year. That’s equal to about a percentage point increase in the personal-income-tax rate – just to make the bond payments. It’ll also cost a lot more to equalize state spending with revenues by then, particularly if the economy tanks into a recession, when revenues fall and spending pressures rise.

But even that prediction is optimistic because it assumes financial institutions will actually loan Illinois that kind of money, which, by then, would equal 81.5 percent of total projected revenues. Or, if they do, the interest rates will be usurious because the state’s credit rating will almost definitely be in junk-bond territory by then. Can you imagine how high the tax hike will have to go if Illinois can’t get a loan to pay off those vendors, or has to shell out for payday-loan-level interest rates?

If a Democrat does defeat Rauner, he or she probably wouldn’t be re-elected, because the first thing that new governor will have to do is jack those tax rates up to unheard-of levels.