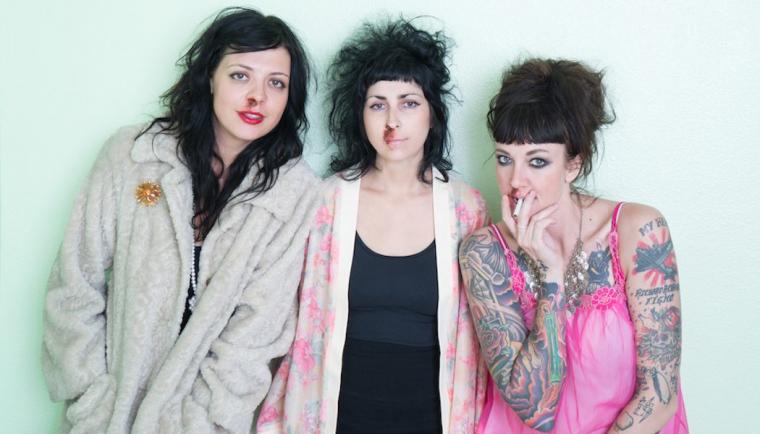 Davenport’s Daytrotter venue hosts an evening with the indie-rock trio The Coathangers on July 29, which also happens to be my little sister’s birthday. So imagine how delighted I was to land on the perfect gift idea in a review at PopMatters.com, which called The Coathangers’ 2016 album Nosebleed Weekend “a great, fun, funny introduction to female-fronted garage punk, ... the sort of record you should give to your little sister.” And the fact that the band has had hits with songs such as “Watch Your Back,” “Don’t Touch My Sh--,” and “Shut the F--- Up”? My little sister, at various points, has said all those things to me!

Based in Atlanta, The Coathangers collective boasts Meredith Franco on bass, Stephanie Luke on drums, and Julia Kugel on guitar, with their stage noms de guerre Minnie, Rusty, and Crook Kid Coathanger. Like those monikers, much of the musicians’ repertoire is intentionally jokey, ranging from their 2007 debut album’s ode to Tonya Harding to Nosebleed Weekend’s “Squeeki Tiki,” in which one of the instruments employed is a dog’s squeaky toy.

But as fans and reviewers will attest, what isn’t a joke is the group’s ferocious talent, and their insistence that full-throttled punk rock needn’t be nihilistic. As ConsequenceOfSound.net attested, the trio’s latest album “exemplifies what The Coathangers have been doing better than pretty much everyone for the past decade: blowing off the rules in the name of fun, and making damn catchy records almost as an afterthought.”

Following the critical and commercial success of 2011’s Larceny & Old Lace, The Coathangers’ professional stock rose exponentially with the 2014 release of Suck My Shirt, which led to numerous festival bookings, nationwide concert sets, an appearance on Last Call with Carson Daly, and a touring tenure with the fellow Atlantans of The Black Lips. Ten years after their formation, however, The Coathangers are now more in-demand than ever, with the band’s Nosebleed Weekend debuting at number six on Billboard’s Top New Artist Albums chart and number four on its Alternative New Artist Albums chart.

Meanwhile, music critics have been fawning in their praise, with Paste magazine calling Nosebleed Weekend “a triumph” of “maniacally captivating tunes,” and Spin magazine insisting that “its excellence and momentum vastly outweigh one’s ability to describe it.” The Coathangers, by the way, recorded that album at North Hollywood’s legendary Valentine Recording Studios, which used to be a home base for the Beach Boys and Bing Crosby; it was the first recording session to take place there in more than 35 years. If Bing weren’t already deceased, learning that his beloved studio was now home to the artists behind “Nestle in My Boobies” might’ve done the trick.

The Coathangers perform locally with opening sets by Residuels and Archeress, and more information on the night is available by visiting Daytrotter.com. 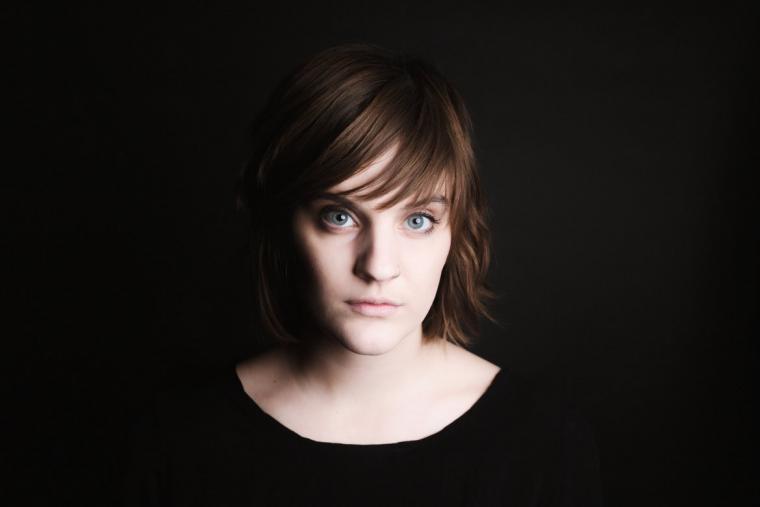 On July 28, Moeller Nights presents a concert with alternative-folk singer/songwriter Liza Anne, an artist whose birth name is Elizabeth Anne Odachowski. Her Davenport set takes place at the Raccoon Motel, a venue whose full name is the Triple Crown Whiskey Bar & Raccoon Motel. In honor of the condensing, let’s just say that Anne’s career trajectory and reviews are impressive, a compliment whose full praise should read “so impressive for a 23-year-old that you want to weep at the memory of your own wasted youth.”

Born on St. Simons Island, Georgia, and currently residing in Nashville, Liza Anne started playing guitar at age 10, was writing songs by 14, and toward the end of high school performed a weekly Friday-night acoustic set at the coffee shop in which she worked. She entered Nashville’s Belmont University to study songwriting but was already booking coast-to-coast performances not long into her first year. And by her second, she and fellow student Zachary Dye recorded and produced her debut album: 2014’s The Colder Months.

That release made some noise, with WhenTheGramophoneRings.com calling it “a very strong, multi-layered, emotionally mature debut from Liza Anne,” and StereoSubversion.com raving that its artist “has a phenomenal voice and the songwriting skills to receive some national attention.” Let’s consequently hear it for those Stereo Subversion psychics, because in between sharing stages with the likes of Oh Hello and David Ramirez, and earning thunderous praise for her sophomore album Two, national attention is whatLiza Anne has deservedly received.

Nylon.com writes that Two “showcases Anne’s keen ability to turn even the smallest of feelings into a sweeping song.” The Chicago Tribune raves, “Liza Anne’s beautifully rendered music has evolved from folkish roots to an ethereal indie-pop sound anchored by thoughtful and poetic lyrics.” According to EarToTheGroundMusic.co, “Liza Anne has a beautiful, atmospheric sound that makes every song she sings seem like the most relaxing thing you’ve ever heard. ... She makes me want to melt into my chair and just become a puddle of existence ... .”

I was gonna include more plaudits, but I just listened to some of Anne’s songs online, and typing’s a bitch when you’re a puddle.

Liza Anne’s Davenport engagement will find her and her band performing from the artist’s repertoire and forthcoming third album Fine but Dying, and more information on the evening can be found at MoellerNights.com. 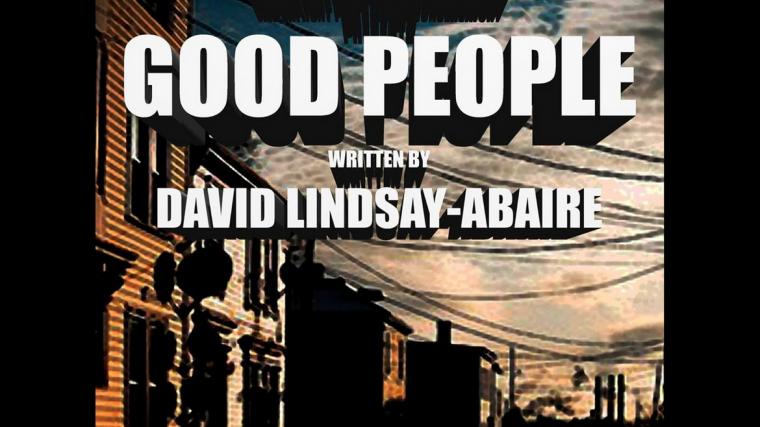 The second production in the Playcrafters Barn Theatre’s Barn Owl Series – a new program dedicated to one-weekend presentations of new and challenging works – runs July 28 through 30, and featured among its cast are Chris Zayner and Pamela Briggs, both of whom are good people. For this show, they’ll be capitalized, italicized Good People. Don’t you just love it when actors stretch like that?

I kid, of course. But stretching is just what this duo – alongside co-stars Cynthia Safford, Liz Blackwell, Jada Brooks, and Phillip Cathoir – will be doing in director Nicholas Waldbusser’s take on David Lindsay-Abaire’s Good People, a 2011 comedy/drama that was a Tony nominee for Best Play and Tony winner for leading actress Frances McDormand.

Set in present-day South Boston, Lindsay-Abaire’s sensationally funny, incisive, and moving script centers on Margie Walsh, a middle-aged blue-collar worker struggling to catch a break in between rounds of bingo and long waits in the unemployment line. But Margie thinks she may have found one in the unexpected form of Mike Dillon, a former high-school beau who escaped the old neighborhood for a thriving career as a fertility doctor.

What results as Margie and Mike reconnect covers the thematic gamut from class anxiety to racial divides to hometown loyalty, and Lindsay-Abaire’s sharp, skillful handling of his material led the New York Times to call Good People’s debut production “one of the more subtly surprising treats of this theatre season,” with Time Out New York insisting, “Good People has a quality rarely seen on Broadway: It seems necessary.”

So, perhaps, is David Lindsay-Abaire, as least as far as 21st Century plays, musicals, and movies are concerned. In honor of Playcrafters’ new summertime offering, let’s honor its author with a guessing game: Which of the following did Lindsay-Abaire not write?

1) the script for the Pulitzer Prize-winning Rabbit Hole

2) the book for the Tony-winning Shrek: The Musical

3) the book for the Tony-nominated High Fidelity

4) the screenplay for the animated comedy Robots

5) the screenplay for the action adventure Inkheart

6) the screenplay for the 2015 Poltergeist

Good People runs at the Playcrafters Barn Theatre at 7:30 p.m. on Friday and Saturday and 3 p.m. on Sunday, and more information and tickets are available by calling (309)762-0330 or visiting Playcrafters.com.

Answer: Trick question, as David Lindsay-Abaire wrote all of ’em. From a Pulitzer to cartoon ’bots to “They’re ba-a-a-a-ack!” Talk about stretching.