What's Happenin': Thursday, May 11, through Wednesday, May 24 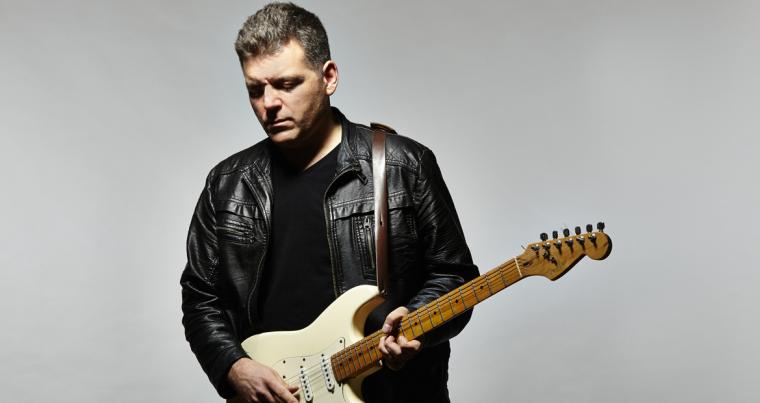 On May 19, Davenport’s Redstone Room hosts an evening with Canadian singer/songwriter and guitarist Chris Antonik, who performs in support of his recently released third album Monarch. As Antonik’s self-titled debut was released only seven years ago, it’s understandable if you’re not entirely familiar with his name. His preferred genre, however, should be apparent simply by scanning the titles of songs he wrote for Monarch, which include “I’d Burn It All Down (For You),” “A Slip in the Rain,” “You’re Killing My Love,” and “The Art of Letting Go.”

So get ready for a night of goofy, vacuous bubblegum pop, folks!

The Toronto-based Antonik (pronounced “AN-tah-nick,” not like gin-“an’-TONic”) grew up listening to legends of blues rock ranging from Muddy Waters to B.B. King to Eric Clapton, and spent his late teens and his 20s playing blues guitar in a series of Canadian cover bands. But the now-40-year-old didn’t begin writing his own material until his early 30s, and his combined gifts for guitar, vocals, music, and lyrics eventually led to 2010’s Chris Antonik, which earned the man a “Best New Artist” nomination at Canada’s 2011 Maple Blues Awards. Must feel great to be named “Best New” anything at the age of 34.

With the artist’s raves including Downbeat magazine writing, “Antonik’s guitar cranks energy in a conscientious, un-rushed, and emotionally convincing manner” and Vintage Guitar magazine saying, “He writes well and plays wonderfully,” the Canadian musician toured for years before the release of his 2013 sophomore outing Better for You. The title may as well have been referring to Antonik’s reviews for the album, which were even better for him than those he amassed in 2010. BlindedBySound.com called it “nothing short of an amazing artistic leap” and “an absolutely topnotch effort in every way.” NewCanadianMusic.ca wrote, “When he coaxes his axe, he can make it sting like a bumblebee, sing like a lark, or weep like a motherless child.” Rustzine.com insisted, “We don’t have to wait for history to tell us if Chris will be regarded in the same class as the truly great blues talents – it’s already self-evident.”

And if more evidence was needed in light of that album, Antonik’s chart-topping success, his numerous festival performances, and his recent tours throughout the US and UK, this past April 7 brought with it Monarch, which CanadianBeats.ca recently called “a perfect balance between catchy and well-crafted” by an artist who “prompts any and every audience member to let down their hair and flick on their lighters in solidarity.” So, apparently, you may wanna bring lighters to Antonik’s Redstone Room concert. Try to keep them away from your hair.

Chris Antonik performs locally with an opening set by the Curtis Hawkins Band, and more information and tickets are available by calling (563)326-1333 or visiting RiverMusicExperience.org. 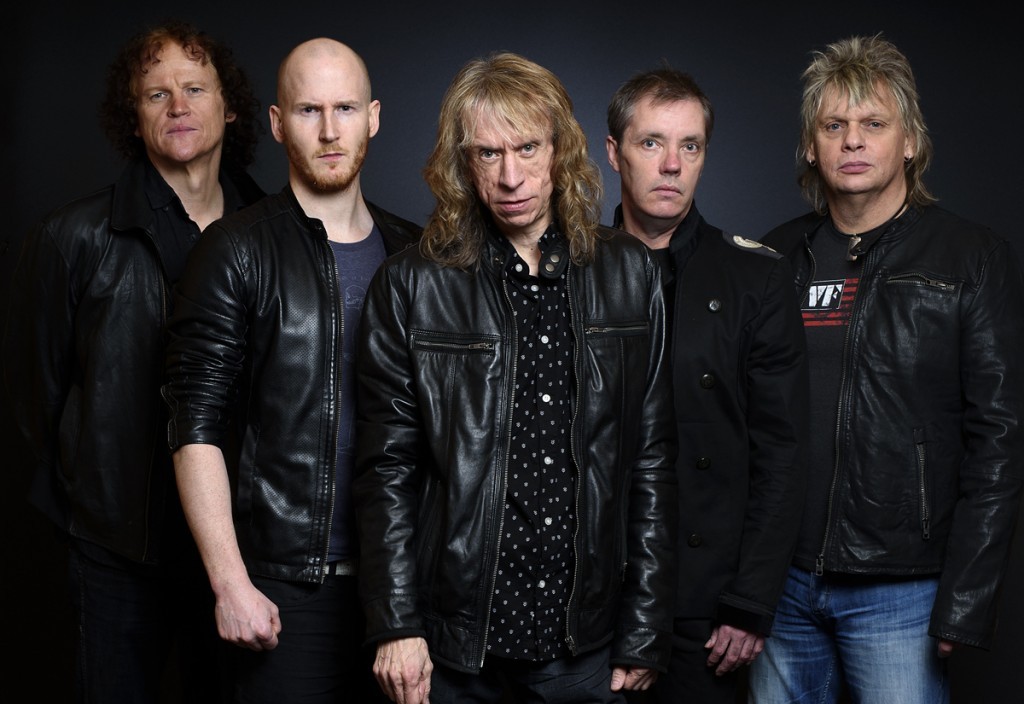 A hearty helping of heavy-metal history will soon be offered at the Rock Island Brewing Company, as the District venue is presenting a May 19 concert with the English musicians of Diamond Head, whose founder and rhythm guitarist Brian Tatler is now in his fifth decade with the group. Just how influential is Tatler? Well, at a 2011 concert headlined by Diamond Head and Metallica, the latter’s drummer and co-founder Lars Ulrich announced to the crowd that there was “a pretty good chance that none of us would be here without him.” So yeah – pretty freakin’ influential.

Formed in 1976 by Tatler and former bandmate Duncan Scott, the four-piece rock outfit Diamond Head played its first gig in 1977 (a 40-minute set of wholly original material), released its first single “Shoot Out the Lights” in 1979, and recorded its debut album Lightning to the Nations in 1980. While those releases were limited in terms of numbers of copies available, there appeared to be nothing limited about the musicians’ hard-driving talents, and they were quickly booked as support for tours with AC/DC and Iron Maiden.

A second album, Borrowed Time, landed in 1982, rose to number 24 on the British charts, and led to a UK tour that included a booking at London’s prestigious Hammersmith Odeon. The arrival of 1983’s Canterbury, meanwhile, coincided with Diamond Head serving as opening act for that year’s Monsters of Rock Festival at Donington, which led to the band supporting Black Sabbath on that group’s Born Again tour of Europe.

But in those intervening years, Diamond Head’s legend only grew. Metallica’s musicians were consistently vocal about the band’s influence on their own music, and first invited Diamond Head to open for them in 1992, which the group has frequently done in the decades since. Diamond Head opened for Metallica and Megadeth at England’s famed National Bowl in 1993, and headlined the 25th-anniversary celebration of the NWOBHM (New Wave of British Heavy Metal) at the London Astoria.

And 40 years after the band’s inauspicious beginnings in 1976, Diamond Head released a self-titled 2016 album that reignited not only the passions of heavy-fans worldwide, but of music reviewers who called Diamond Head the group’s best work in several decades. NewNoiseMagazine.com wrote, “Brian Tatler is still the mastermind behind bluesy solos and speed-metal riffs that hook you in,” and “this new album sounds really fresh and young.” Meanwhile, SputnikMusic.com described Diamond Head as “one of the year’s strongest NWOBHM albums,” adding that “Brian Tatler might have made the most kick-ass return in the history of the arts since Galdalf came back as Galdalf the White.” Now that’s magic.

May 19’s Diamond Head concert features opening sets by Bible of the Devil and Angelust, and for more information and tickets, call (309)793-1999 or visit RIBCO.com. 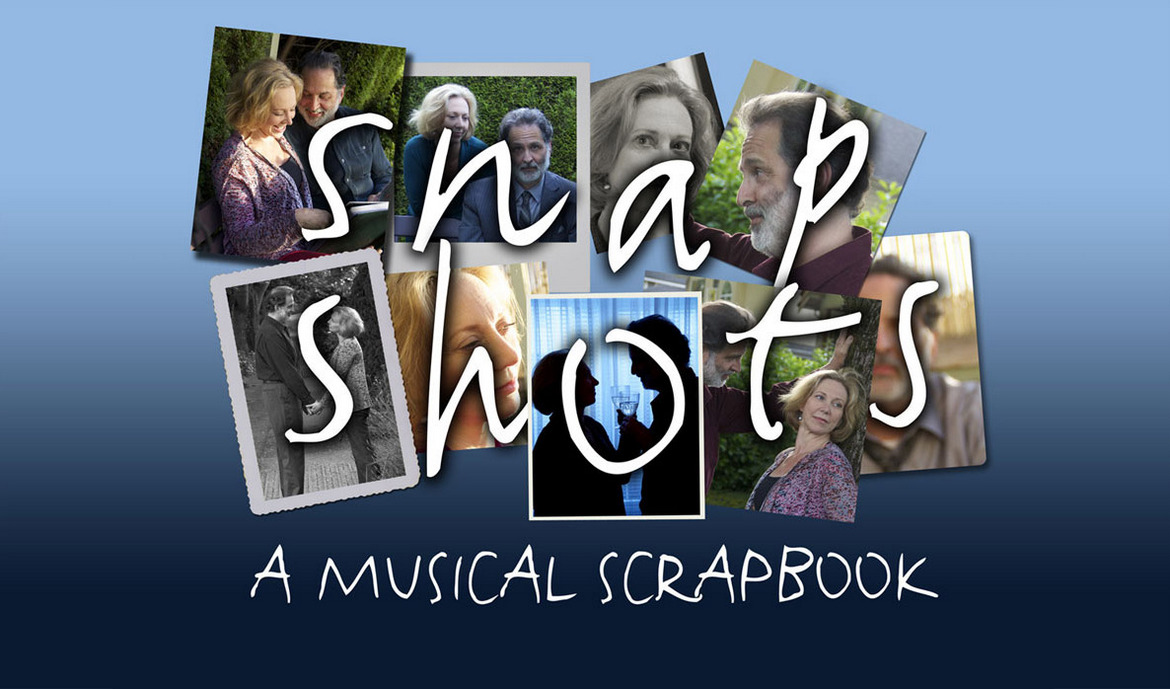 Wednesday, May 24, through Saturday, July 8

In any event, compositions from those six tune-filled entertainments – along with Broadway’s Tony-nominated Working, the off-Broadway hit Children of Eden, and the Disney comedy Enchanted, among others – will sit side by side in the Circa ’21 Dinner Playhouse’s Stephen Schwartz celebration Snapshots: A Musical Scrapbook, running at the Rock Island theatre May 24 through July 8.

As opposed to many traditional jukebox musicals, Snapshots employs its diverse collection of Schwartz numbers – 26 in all – in service of an original narrative, one that finds married couple Dan and Sue planning to separate after 30 years together. While leafing through a box of old photographs, however, the spouses begin to reminisce, allowing the audience to see the characters also as teens and young adults – and with all three sets of Dans and Noras reliving their romantic history through renditions of both obscure and happily familiar Stephen Schwartz songs.

Directed by Warner Crocker, who previously helmed the comedies Boeing-Boeing and Always a Bridesmaid, Snapshot’s six-person cast finds Circa ’21 veterans Erin Churchill, Anna Segatti, and Autumn Loose sharing the stage with venue newcomers Luther Chakurian, Grant Benedict, and Bobby Cook Gallagher. And with Variety magazine raving about the songs that “are always well worth hearing” and the show’s “redemptive emotional power,” Snapshots is sure to delight fans of musicals – particularly musicals with Schwartz’s name attached.

So how acquainted with the oeuvre are you? Find out by attempting to match the following Snapshots numbers with the musicals in which they originally appeared:

A) The Magic Show

Thursday, May 11 – Najee. Two-time Grammy-nominated saxophonist and flautist in concert, presented by the RME and Great Sounds Promotions. The Redstone Room (129 Main Street, Davenport). 8 p.m. $40-45. For tickets and information, call (563)326-1333 or visit RiverMusicExperience.org.

Friday, May 12 – All Sweat Productions: Stevie Wonder B-Day Bash. Quad Cities musicians perform many of the legend’s greatest hits with a full band, featuring an opening tribute to the music of Marvin Gaye. The Redstone Room (129 Main Street, Davenport). 9 p.m. $16.50-20. For tickets and information, call (563)326-1333 or visit RiverMusicExperience.org.

Saturday, May 13 – All You Care to Eat: A Comedy Thingy Live Podcast. Recordings of the first three episodes of a new comedy series performed in the style of a radio play. The Black Box Theatre (1623 Fifth Avenue, Moline). 7:30 p.m. $10. For tickets and information, call (563)284-2350 or visit TheBlackBoxTheatre.com.

Saturday, May 20, and Sunday, May 21 – Metro Mini Makers Show & Sale: Miniatures from the Heart of the Country. Annual event showcasing dollhouses, room boxes, and other scenes in all scales, with vendors, workshops, and more. Davenport RiverCenter (136 East Third Street, Davenport). Friday 4-8 p.m., Saturday 10 a.m.-4 p.m. $5, ages 10 and under free. For information, visit RiverCtr.com or MetroMiniMakers.homestead.com.