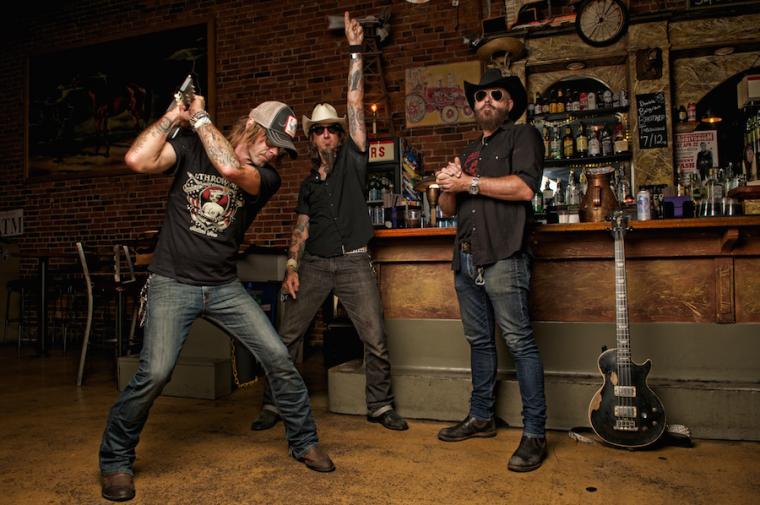 Frequently, these What’s Happenin’ articles end with quizzes. But in a cheeky change of pace, we’re gonna start with one: Who, or what, are Supersuckers? (A) Characters on an animated Nick Jr. series; (B) Multi-colored, discontinued Willy Wonka candies; (C) Popular rock and cowpunk musicians; or (D) My bosses for letting me run quizzes in lieu of actual editorial content?

The answer, as the band’s many fans know, is “C.” Unless this is the last week you see quizzes in these pages, in which case it’s “D,” and my bosses have clearly had enough.

The Supersuckers, whose three-man lineup will perform at the Rock Island Brewing Company on August 11, originated as a Tucson, Arizona-based quintet, one of whom was co-founder, bass guitarist, and vocalist Eddie Spaghetti, who’s sill playing with the group 29 years after its inception. Following the musicians’ move to Seattle in 1989, their hard-driving sound landed them numerous area bookings and recording sessions for rock singles, and in 1992 they released both a compilation album (The Songs All Sound the Same) and their first studio album (The Smoke of Hell).

Garage rock was still the Supersuckers’ primary focus in 1995, which found the band releasing The Sacrilicious Sounds of the Supersuckers and embarking on its first national tour. Yet the ensemble’s musical trajectory changed forever a mere two years later with the release of 1997’s Must’ve Been High – the Supersuckers’ first foray into alternative country and cowpunk that SavingCountryMusic.com called “iconic” and that led to the band recording their first EP with none other than Steve Earle.

In the years since, the Supersuckers have also recorded with the likes of Pearl Jam’s Eddie Vedder, the Breeders’ Kelley Deal, and Willie Nelson, even serving as the country legend’s backup band during a booking on The Tonight Show with Jay Leno. They’ve toured with a wide range of famed rock and alt-country acts, among them the Ramones, Motörhead, the Reverend Horton Heat, Bad Religion, and Mudhoney. And they’ve thrilled both fans and music critics alike, the latter particularly so with the Supersuckers’ most recent album Holdin’ the Bag.

According to PopMatters.com, the band’s latest shows the musicians “repeatedly crossing the transom between raging, insurgent, renegade rock ’n’ roll and outspoken, often outrageous outlaw country.” American Songwriter magazine raves that the album “ranges from explosive to comparatively subtle, but regardless of the song, it’s always riveting.” And SavingCountryMusic.com states that Holdin’ the Bag finds its musicians “going back to what the Supersuckers do best, which is come out kicking with a shit-eating grin, and then hitting you in the eyes with something meaningful when you least expect it.” As kicking and hitting are also what my seven-year-old nephew does best, it’s nice to know there’s a career path for him.

The Supersuckers perform locally with opening sets by the Krank Daddies and Hong Kong Sleepover, and more information is available by calling (309)793-1999 or visiting RIBCO.com. 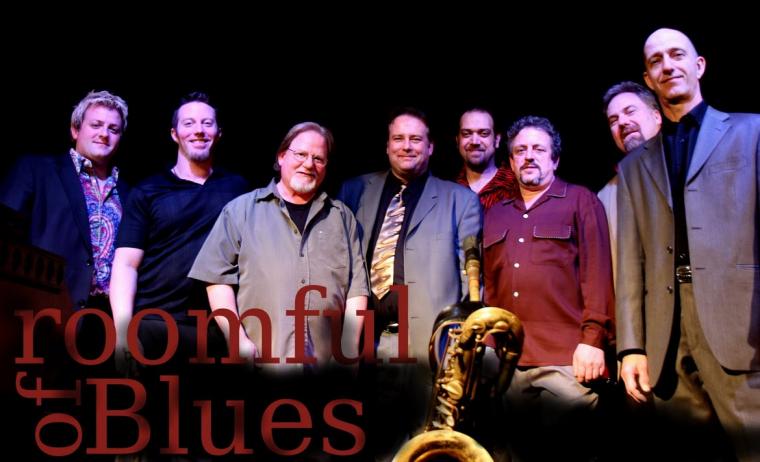 The River Music Experience’s Redstone Room will be transformed into the Redstone Roomful of Blues when the legendary boogie-woogie, swing, and R&B band plays the Davenport venue on August 16. Unfortunately, the group will have to leave its list of professional accomplishments and accolades at the door, because no one’s ever designed a room big enough to house it.

Its roster of current and former members numbering well over 50, Roomful of Blues originated in Westerly, Rhode Island, in 1967, with alto saxophone player Rich Lataille – who remains with the group to this day – jumping aboard in 1970. Performing a blend of Chicago-style blues, R&B, and jazz from the 1940s and ’50s, the group was a club-scene mainstay throughout New England during its first decade of performance, and in 1977 the ensemble released a self-titled debut album through Island Records that quickly garnered them national attention. (It helped that one of Roomful of Blues’ biggest fans was Count Basie, who once called them “the hottest blues band I’ve ever heard.”)

National tours and popular albums such as Hot Little Mama, Dressed Up to Get Messed Up, and Glazed increased the band’s public awareness in the 1980s, as did their collaborations with Joe Turner, Eddie “Cleanhead” Vinson, and Earl King on a trio of Grammy-nominated recordings. With the 1995 release of Turn It On! Turn It Up!, the group earned the biggest radio and sales successes of its existence. And over the 22 years since, Roomful of Blues has achieved more career highs than can conceivably fit in print – but I’ll give it a shot nonetheless.

As for what critics have had to say, Blues Revue calls the band “explosive and electrifying” and their music “contagious, finger-popping, head-bopping grooves.” Downbeat magazine deems them “in a class by themselves.” The New Yorker extolls Rooful of Blues’ “thunderous performances that get feet stomping and hands clapping.” Blurt magazine raves, “No group has kept the spirit of early rock and roll alive better than Roomful of Blues.” And the Chicago Sun-Times states, “This is a band on top of its game, sliding easily from big-band jazz-blues to guitar-drenched urban blues … . Let the party begin.”

So I gotta teal you: If this band doesn’t get you cyan with happiness, denim a liar. Azure as I’m sittin’ here.

For more information on the Redstone Room’s evening with Roomful of Blues, call (563)326-1333 or visit RiverMusicExperience.org. 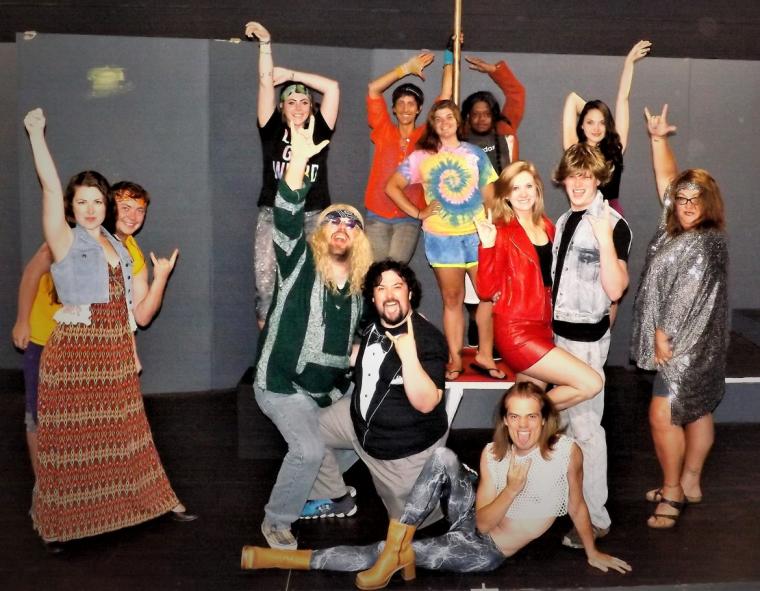 It debuted as a scrappy, silly jukebox musical 2005, staged in a limited-run engagement in a Hollywood Boulevard nightclub. It went on to enjoy short but sold-out runs at Hollywood’s Vanguard and Ren-Mar Studios, followed by a booking at Las Vegas’ Flamingo Hotel. It opened off-Broadway in the fall of 2008, transferring to Broadway’s Brooks Atkinson Theatre in April of 2009. It received five Tony nominations that May, including one for Best Musical. And when it finally closed in January of 2015 after 22 previews and 2,328 performances, it tied Man of La Mancha as the 28th-longest-running Broadway show of all time. To dream the impossible dream, indeed.

I’ve seen a bunch of these gifted performers on-stage before and have had the pleasure of working with several, and I’ll let you in on a little secret: Some of these whippersnappers weren’t even alive during the ’80s heydays of Journey and Poison and REO Speedwagon. So please help educate these tykes by matching the following Rock of Ages songs with the artists who initially made them famous.

Rock of Ages runs Thursday through Saturday at 7:30 p.m. and Sunday at 2:30 p.m., and tickets and information are available by calling (563)284-2350 or visiting TheBlackBoxTheatre.com.

Saturday, August 12 – Ya Maka My Weekend. The District of Rock Island’s celebration of Caribbean music, food, culture, and island atmosphere, with live music on two stages, food and craft vendors, and more. 4 p.m. gates. $9. For information, call (309)788-6311 or visit DowntownRockIsland.org.

Friday, August 11, through Friday, August 29 – Summer of Love Tribute. Alan Campbell's photography exhibit celebrating the spirit of the '60s and the 50th anniversary of "The Summer of Love." MidCoast Gallery at Bucktown Center for the Arts (225 East Second Street, Davenport). Wednesday through Saturday 11 a.m. - 6 p.m. Free. For information, call (563)424-1210 or visit MidCoast.org.