Angels and Demons: “Believe” and “Incarnate” 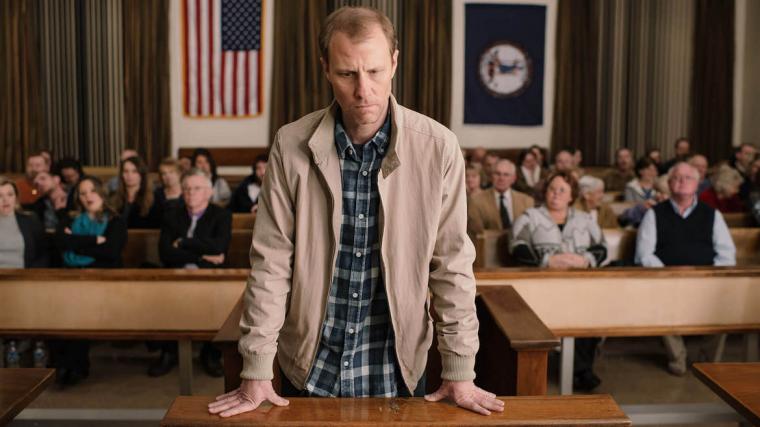 As the first weekend in December has traditionally been one of the sleepiest in terms of movie attendance, this used to be the period in which studios would debut one or two releases that presumably few would bother seeing. But for two years running, that hasn’t been the case. Nowadays, it seems, the first December weekend brings with it very specific releases that few will bother seeing: a faith-based drama to make us conscious of miracles, and an evil-spirits chiller to make us fear the unknown. In 2015, it was the deadening Mother Teresa bio-pic The Letters and the yuletide creep-out Krampus. This year, it’s Believe and Incarnate. Can someone please nip this trend in the bud before we’re saddled with the two-fer of God’s Really Most Sincerely Not Dead and Annabelle IV: Porcelain Revenge?

Of this past weekend’s underwhelming efforts, Believe was the one that didn’t make me yawn – partly because it was the first screening in my double-feature, and partly because it’s hard to be bored when you’re so actively dumbfounded. Writer/director Billy Dickson’s nonsecular outing stars Ryan O’Quinn as auto-parts manufacturer Matthew Peyton, a small-town Virginian who’s in a financial pickle: He can either get his unionized employees to accept a temporary pay cut, which they refuse to do, or sell his company to an interested buyer, which Peyton refuses to do. Either way, with Peyton footing the annual bill, it looks like the town’s lavish outdoor Christmas pageant won’t be happening this year – and despite the threats of lowered wages and unemployment, this is what really gets the townfolk’s collective goat. (“But what about the pageant?!?” citizens shriek during otherwise civil courtroom proceedings.) Before anyone comes up with the idea of, say, everyone chipping in a few bucks and staging the pageant anyway, Peyton pays for his presumed cruelty when his car is vandalized and set on fire, and thugs kick the crap out of the guy and leave him for dead. Thankfully, though, forces of good are also on hand: Sharon Joseph (Danielle Nicolet), a struggling single mom who tends to Peyton’s wounds, and her grade-school son (Issac Ryan Brown), who tells the beaten man that everything will be all right – he just needs to believe. The name of this pint-sized guardian angel, by the way? Clarence. Just like in It’s a Wonderful Life. Feel free to retch at your leisure. We expect hokey during the holidays, and certainly expect it in unassailably earnest pro-faith entertainments even when Kirk Cameron’s name is nowhere on-screen. Somehow, in Believe, I was still unprepared for Sharon to be both an unemployed nurse, which was pretty convenient, and an unemployed accountant, which was breathtakingly convenient. I wasn’t ready for Peyton to house 115 of Virginia’s homeless in his manufacturing warehouse, and consequently teach them how to run the complicated machinery over what felt like 20 minutes. And for a film that appeared so sympathetic toward the plight of the working class, with Sharon at one point castigating Peyton with a pointed “People like you forgot about people like us,” I truly didn’t expect the movie to applaud our business-owner hero for his bighearted decision to employ the homeless as scabs with shelter provided in lieu of paychecks. (I also didn’t expect Peyton to deliver a lengthy monologue about how unfair it was that, as a boss, he was forced to provide maternity leave and guarantee a 40-hour work week for full-time employees. Some people get all the crummy luck.)

There’s plenty more to bemoan, including a ludicrous climactic fire and a laughably odious corporate-douchebag character whose every appearance should inspire cries of “Lock him up!!!” However, as the box-office appears to be handling Believe’s fate quite effectively, I’ll instead end on some notes of positivity. Even though Dickson could clearly have used a solid script editor, with even his enjoyable scenes running far longer than necessary, O’Quinn is grounded and sincere, Nicolet is damned near luminous, and as Peyton’s platonic best pal, the ever-marvelous Shawnee Smith frequently pops up and provides the movie with delightfully teasing charm and flintiness. Unlike many who helm low-budget works in this genre, Dickson frequently displays genuine filmmaking savvy, deftly employing slow-motion and fast-motion and, toward the end, delivering a lovely shot that we only realize is happening in reverse when we notice the snowflakes traveling upward. And while your tolerance of him will surely be tested, there’s no denying that Brown all but explodes with energy, happily mugging and leaping about and singing and dancing; how this kid isn’t yet a touring understudy for Billy Elliot I’ll never know. Hate him if you must – God knows I did – but Believe would be a lot less lively without Brown’s Clarence around. “He makes me tired just watching him,” says Peyton. Yes. Yes, he does. At least it was exhaustion sans yawns. For an opposite reaction, I give you Incarnate, director Brad Peyton’s tale of a supernaturally possessed tyke and the wheelchair-bound amateur exorcist – Aaron Eckhart’s Dr. Seth Ember – who hopes to save him. At one early point, Catalina Sandino Moreno's Vatican representative attempts to coax our lead into exorcism duties by offering the reticent Ember a suitcase stuffed with $100 bills. I can only assume the same tactic was used to secure Eckhart’s participation. I’m as guilty as anyone of rhetorically asking, “Why would so-and-so ever agree to this movie?!”, even though the answer, probably, inevitably involves a suitcase full of money. But while it would be too depressing to get into the likely reasons why the gifted, Oscar-nominated Colombian actress Moreno felt it necessary to sign up, come on, Eckhart! You’ve worked with Eastwood and Nolan and Soderbergh! Have some self-respect!

Detailing Incarnate’s idea-stealing idiocy would take ages, considering that it’s kind of like The Exorcist meets Inception meets Insidious meets (in Ember’s resemblance to Ron Kovic) Born on the Fourth of July. It also seems to last roughly as long as those films’ combined eight-plus hours, and gives you precious little of interest to watch during your suffering. Once it was clear that Peyton’s endeavor was going to look ultra-cheap even by the traditionally low-rent standards of Blumhouse Productions, and that the cast – which includes Game of Thrones’ reliably perverse Carice van Houten – would be uniformly wasted, the only beguiling thing to capture my eye was the auditorium’s bright-green exit sign. Peyton and screenwriter Ronnie Christensen give us a violent car crash and a vagrant woman on the ceiling and no fewer than two separate demonic entities, and Incarnate is still boring beyond belief, with the possession of that poor boy (an admirable David Mazouz), amazingly, the dreariest element of all. You want to know how this vessel of unimaginable evil reacts every time the good Dr. Ember pays him a visit? The kid sits quietly on the floor with his legs crossed and speaks in a voice that’s barely above a whisper. I know parents who would kill for possessions like that.