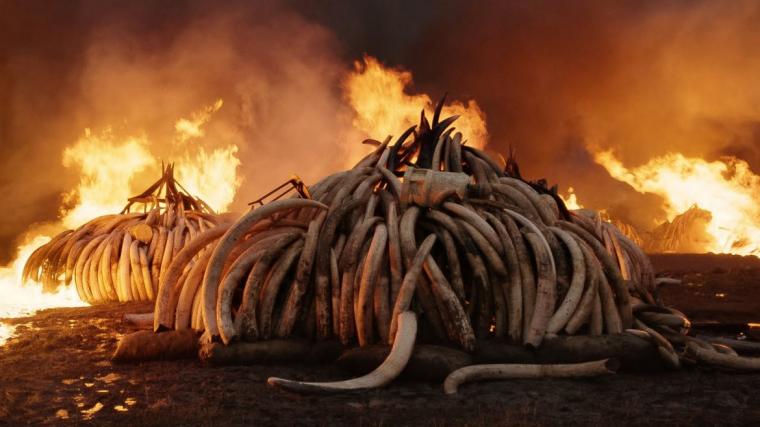 "Anthropocene: The Human Epoch" at the Blue Grass Drive-in -- September 27.

Screening as the final presentation in River Action's 2020 QC Environmental Film Series, the award-winning 2018 documentary Anthropocene: The Human Epoch plays at the Blue Grass Drive-in on September 27, an acclaimed work that Rotten Tomatoes' Critics Consensus described as “a sobering – and visually ravishing – look at the horrific ecological damage wrought by modern human civilization.”

Narrated by Academy Award winner Alicia Vikander and directed by Jennifer Baichwal, Edward Burtynsky, and Nicholas de Pencier, Anthropocene: The Human Epoch concerns the proposed geological epoch dating from the commencement of significant human impact on Earth's geology and ecosystems, including anthropogenic climate change. The third documentary in a trilogy that includes 2006's Manufactured Landscapes and 2013's Watermark, the film follows the research of an international body of scientists – the Anthropocene Working Group – who, after nearly 10 years of research, are arguing that the Holocene Epoch gave way to the Anthropocene Epoch in the mid-20th century because of profound and lasting human changes to the Earth. From concrete seawalls in China that now cover 60 percent of the mainland coast, to the biggest terrestrial machines ever built in Germany, and from the psychedelic potash mines in Russia’s Ural Mountains to the devastated Great Barrier Reef in Australia, the filmmakers traveled the globe using high-end production values and state-of-the-art camera techniques to document evidence and experience of human planetary domination.

In December of 2018, the Toronto International Film Festival named Anthropocene: The Human Epoch to its annual year-end Canada's Top Ten list, and the following month, it was announced as the winner of the Rogers Best Canadian Film Award from the Toronto Film Critics Association, as well as the Vancouver Film Critics Circle's award for Best Canadian Documentary Film.The film also won two Canadian Screen Awards, for Best Feature-Length Documentary and Best Cinematography in a Documentary, with the Los Angeles Times calling the film “a dizzying, dimensional tour of scale and time, forcing us to wonder how a sense of earth-centric balance can be restored.”

River Action's Blue Grass Drive-in screening of Anthropocene: The Human Epoch on September 27 begins at sunset, and more information on the event and the QC Environmental Film Series is available by calling (563)322-2969 or visiting RiverAction.org.