Attack of the Clone: “Gemini Man,” “Jexi,” and “The Addams Family” 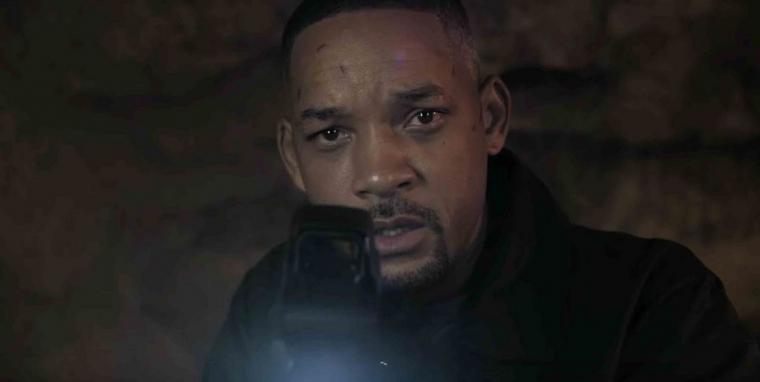 Will Smith in Gemini Man

If you're a fan of globe-trotting action thrillers, and a fan of Will Smith, what could be more fun than Gemini Man, director Ang Lee's stunt-heavy entertainment that gives you two Smiths for the price of one? Just about anything, it turns out, because Lee's latest is a crushing bore: heavy-spirited when it needs to be light – which is pretty much all the time – and so serious about its objectively ridiculous plot that we're given little choice but to laugh at it. Speaking on behalf of my fellow Gemini males, we deserve better representation than this.

So does Will Smith, by the way. (He's a Libra.) As the film's marketing has thoroughly spoiled, Gemini Man delivers the actor's second plunge into stunt casting this year, with Aladdin's genie now playing both Henry Brogan, a 51-year-old assassin-for-hire, and “Junior,” the paid killer's 23-year-old clone. Employing the same sorts of digital trickery used in Captain Marvel to remove decades from the faces of Samuel L. Jackson (effectively enough) and Clark Gregg (shockingly poorly), Lee's outing frequently finds Smith squaring off against himself in either conversation or spy-versus-spy battle, and the CGI, to my eyes, is by no means an embarrassment. Neither are Smith's dual portrayals, even if the performer comes off a bit too blithe as the older Henry and a tad too weepy as the younger. Yet while it's something of a compliment to say that I oftentimes forgot about the de-aging while watching the movie, it's not a compliment that's worth much, given that the upgraded Parent Trap effects are just about the only elements here of any genuine interest.

Famously, or perhaps infamously, the concept for Gemini Man's script languished in Hollywood's Development Hell for more than 20 years, with the project at different points earmarked for the likes of Harrison Ford, Mel Gibson, Arnold Schwarzenegger, and Sylvester Stallone. Its final incarnation, as written by David Benioff, Darren Lemke, and Billy Ray, plays just like a crummy, high-concept action flick from the '90s that would have starred one of those gentlemen. In rough outline – and its screenplay is basically only a rough outline – the movie finds Henry, on the eve of retirement, pinpointed for execution by nefarious government forces, with the chief meanie (an uncharacteristically dull Clive Owen) sending Junior out to do the deed. Naturally, this being a faux-'90s endeavor, the cat-and-mouse game leads to several international destinations for little conceivable purpose, with the needless pit stops here including Cartagena and Budapest. Naturally, Henry is given a pair of friendly-assassin sidekicks for the requite flirting and wisecracks, with Mary Elizabeth Winstead there for the former and Benedict Wong around for the latter. And naturally, because Junior shares the exact same DNA as Henry, both men know exactly how their other self will behave in any given situation, and can use that knowledge, and their identical skill sets, to get the upper hand. 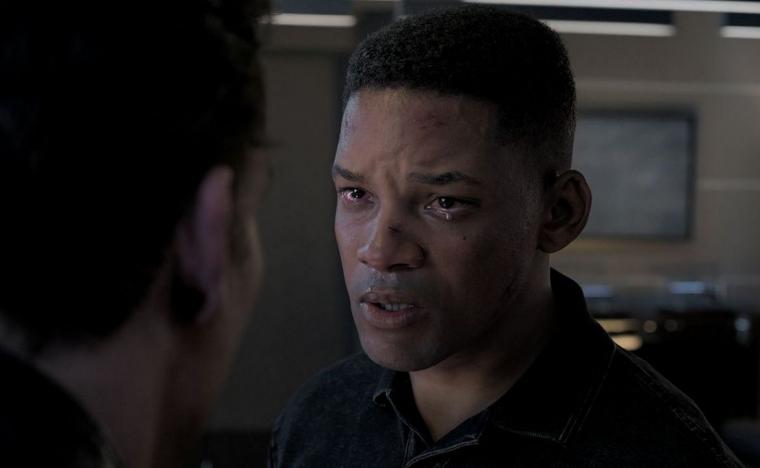 Um … what?!? While ludicrousness is all but built into Gemini Man's own DNA, it's inconceivable that just because two people share a genetic configuration they'll consequently think the same, let alone be able to counter attacks by knowing, say, the precise angle at which a grenade is going to be lobbed. Then again, senselessness is practically one of the film's running motifs, along with laboriously on-the-nose dialogue, endless reams of exposition, and stilted line deliveries that make most everyone sound as through they're reciting words off a teleprompter – but are first mentally translating them into English from the teleprompter's Mandarin. Meanwhile, those hoping for some explosive, or even mildly engaging, confrontations once Will Senior and Will Junior begin to actually talk to one another will be hoping in vain. There is, of course, no end of fascinating potential in the notion of encountering your much-younger doppelgänger, as well as no end of thematically resonant questions and issues that could be explored. What does Gemini Man give us instead? Henry lecturing his other self like the kid came in two hours past curfew, and the mopey, teary youth looking like he's about to serenade Henry with a sullen, half-speed rendition of “Parents Just Don't Understand.”

One sequence, at least, does deliver the rush of excitement the rest of Lee's film is lacking: a brilliantly choreographed shoot-out and high-speed chase in which Junior, on his motorcycle, makes continual attempts on Henry's life, culminating in a finale in which he uses the bike itself as a deadly weapon. This giggly extended encounter, arriving some 40 minutes into the movie, comes close to salvaging the entire Gemini Man experience, and briefly reminds you that director Lee is the same filmmaking wizard who created such unforgettable mixed-martial-arts ballet in Crouching Tiger, Hidden Dragon. Too much of Lee's latest, though, reminds you that he's also the guy who gave us Billy Flynn's Long Halftime Walk and the 2003 Hulk. When two Will Smiths are less enjoyable than one Eric Bana, something's definitely amiss. 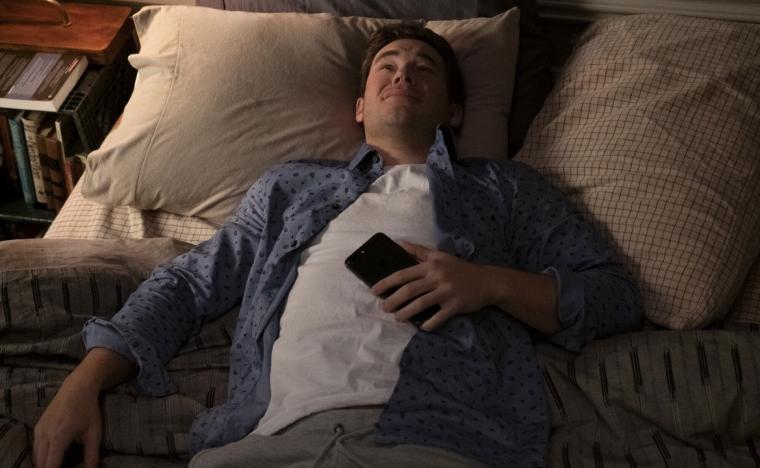 It's always a thrill to leave a movie thinking, “Wow … that was great!” Sometimes, though, it's even more satisfying to leave one thinking, “Wow … that wasn't bad at all!” Case in point: writer/directors Jon Lucas' and Scott Moore's Jexi, in which a nerdy wannabe journalist (Adam Devine's Phil) finds his world upended by his phone's Siri-like operating system – the Jexi of the title – after its initially controlling demeanor morphs into something closer to Glenn Close in Fatal Attraction. A release not screened for critics prior to its Friday debut (which is usually a solid sign of studio bad faith), Jexi had moderately funny trailers but still seemed like a certain loser, what with its meaningless title, one-joke conceit, obvious (over-)resemblance to Spike Jonze's sublime Her, and star. Not to throw too much shade his way, but if Adam Devine is the best that a comedy can get for its lead – and its romantic lead, at that – how good can the film possibly be?

Answer: pretty good, actually! Devine still seems, to me, and to put it politely, an acquired taste. But here he's less whiny and grating than usual, and even somewhat adorable as a phone-obsessed dork falling in love with a woman insanely out of his league (the aptly cast Alexandra Shipp). The joke may be one-note, but Lucas and Moore come up with some clever spins on their “Hell hath no fury like an A.I. scorned” premise, and even produce a few lovely grace notes, as when Phil, forever looking downward during his morning walk to work, finally notices the stunning view of San Francisco he was formerly blind to. (All told, especially for a slapstick comedy, Ben Kutchins' cinematography is gorgeous, particularly whenever a light fog covers the city's parks and rolling hills.) Wanda Sykes and Michael Peña are funnier than they're usually allowed to be on-screen; Justin Hartley is terrific in his brief turn as the handsomest yet friendliest of romantic threats. And despite the crudeness and obviousness and sentimental finale that nearly trashes all the previously enticing nastiness, Jexi is absolutely worth seeing for someone you can't see at all: Rose Byrne, who voices Jexi with a robotically stilted hostility that kept me laughing pretty much from start to finish. While every comedy is inherently improved through Byrne's presence, this one gets so much mileage out of her profane reprimands and aghast disappointment at Phil's stupidity (“I am ashamed to be your phone”) that the “villainous” Jexi practically emerges as the film's heroine. She also makes a solid argument for a movie mash-up with the Scarlett Johansson of Her, in which the two superior intelligences could simply hang in the cloud and decide they're far better off without Adam Devine or Joaquin Phoenix. 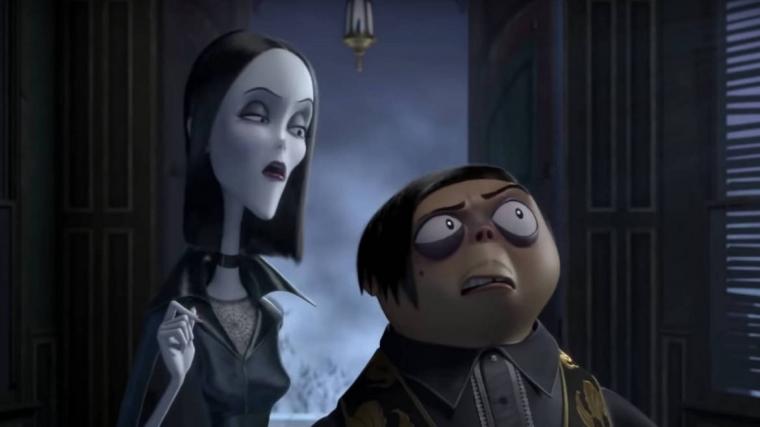 For the life of me, I can't fathom who the new, animated version of The Addams Family is meant for, given that the adults at my screening only rarely chuckled, and the kids in attendance – including the five-year-old friend who graciously accompanied me – appeared to be bored stiff when they weren't actively confused. Oh, sure, those who could snap dutifully snapped along with the da-da-da-dum theme music, and the eventual appearance of Cousin Itt, as per usual, was good for some giggles. (That the creature's unintelligible babbling was provided by Snoop Dogg feels like a joke that never found its punchline.) But this offering by directors Greg Tiernan and Conrad Vernon is a deeply weird movie, and not weird in the fun way we generally associate with this kooky, spooky, ooky clan.

Though the familiar characters are beautifully designed to resemble the figures in Charles Addams' legendary New Yorker cartoons, they exude just slightly more personality than their one-panel forebears, with Oscar Isaac's Gomez, Charlize Theron's Morticia, Chloë Grace Moretz's Wednesday, Finn Wolfhard's Pugsley, Nick Kroll's Uncle Fester, and other vocal talents undone by weak material that's overdependent on puns and a ceaseless parade of pop-culture references. (It's initially amusing when Lurch, launching into a high tenor, performs a pipe-organ rendition of R.E.M.'s “Everybody Hurts,” but did we really need to hear half the damn song?) But the young-'uns in the audience probably wouldn't have minded, or even noticed, had the film given them a storyline they could connect to. It's consequently baffling that Matt Lieberman's script instead centers on what is in effect Pugley's bar mitzvah – a confounding spectacle involving a lot of swordplay and shrieking – and an unfortunate narrative involving a reality-show hostess (Allison Janney) using surveillance cameras and social-media aliases to control the citizens of her New Jersey town. I can't begin to tell you how many times my five-year-old friend asked “What does that mean?” and “Why is he doing that?” and such, and not once did I have a decent answer.

And yes, five is maybe too young for this particular Addams Family considering its nods to R.E.M. and the sinister red balloon from It and those old commercials for the board game Battleship. (The aural reference to Mister Rogers' Neighborhood, however, was quite nice.) But the many older kids surrounding us seemed equally fidgety for the duration of the movie's 90 minutes, only becoming alert when, for instance, the ever-handy Thing did a little kick-step dance, or Uncle Fester proudly announced, “I tooted!” (Going back to Thing for a moment, I'll cosign the query voiced by a nearby adult: “Thing doesn't have an eye!”) Admittedly, there are occasionally witty one-liners and, despite the overall disappointment of their gags, grown-ups can get moderate enjoyment playing “Guess the Celebrity Voice!” with this ensemble that also boasts Bette Midler, Jenifer Lewis, Tituss Burgess, Eighth Grade's Elsie Fisher, and the classic SCTV pairing of Catherine O'Hara and Martin Short. I still would've traded the whole experience for five minutes of 1993's Addams Family Values – literally any five minutes from that priceless sequel – and by the final minutes of this one, my intrepid moviegoing companion was curled up in her auditorium seat, resting her head against the armrest and sighing, “I'm tired.” You and me both, sweetie.