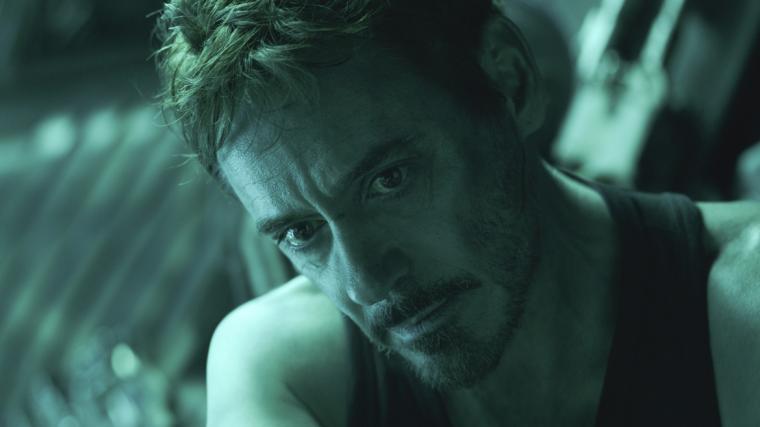 [Author's Note: Before proceeding, please back up and re-read the headline. That's “Spoiler-Filled,” not “Spoiler-Free.” I promise not to reveal which Avengers, if any, die. (And here's your final SPOILER!!! warning: Some do, and for real this time.) But information about who returns, as well as specifics regarding the plotting, will most definitely be shared. If you haven't yet seen this epically scaled comic-book adventure but plan to, you're better off returning to this article later. I'm presuming that those of you who contributed to the film's $350-million opening weekend will be fine.]

(1) Every movie should start with a scene for Jeremy Renner and Linda Cardellini as this one does… until we realize that Thanos' finger snap got rid of Hawkeye's wife and kids along with half of all life in the galaxy. Those gently floating ashes are, hands down, the most chilling, devastating effects in the MCU canon. We're not two minutes into the film, and a patron behind me has already started sniffling.

(4) Our surviving heroes space-trek to Thanos' home, where the über-villain has taken up gardening, and I notice that none of the Earthling Avengers needs a space suit or helmet on an alien world, and not for the last time. Does every MCU planet have the same atmospheric and gravitational conditions as Earth's?

(5) After a “Five Years Later” tag, we see Chris Evans leading a support group for survivors still mourning Thanos' finger snap, which is a very Captain America thing to do. One of the attendees talks about how he finally built up the nerve to go on a date, offhandedly mentioning that it was with another man. Is this guy the first openly gay character in MCU history?

(6) Another stray thought: Why so little mention of the global repercussions in 50 percent of Earth life having vanished? The one overt reference we get – Captain America revealing that our oceans are way cleaner now – makes Thanos' diabolical plan sound almost sensible. 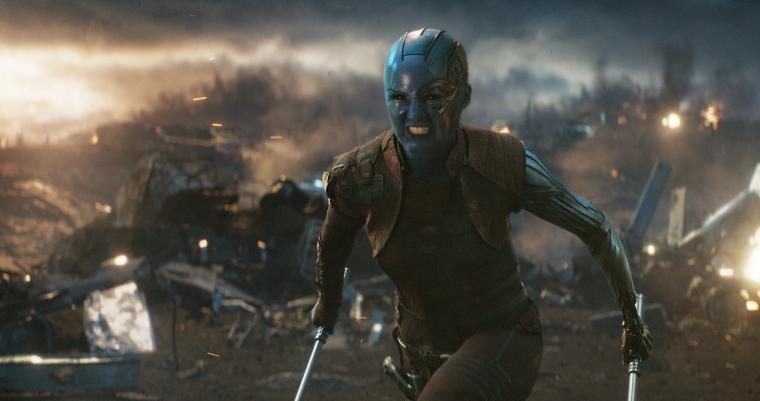 (7) Paul Rudd's Ant-Man reappears thanks to a wayward rat and our hero's understanding of the Quantum Realm. (Glad to know there was some point to Ant-Man & the Wasp beyond getting Michelle Pfeiffer involved.) He also explains that fixing Thanos' mess will require time travel, as we all kind of knew it would. But why does everyone scoff so hard at this notion? Granted, Scarlett Johansson's Black Widow admits that having seen a talking raccoon, she's seen it all, so why not time travel? But still: Is the idea of a time machine really crazier than that of a half-dozen rocks decimating half the universe?

(9) Love even more the comically at-peace, bespectacled, gourmand Hulk. So what do we call him now? Hulk Ruffalo? Mark Hulkalo?

(10) It's time for Infinity Stone (re-)gatherin'! Complete with fancy new uniforms with Marvel-ized “A”s where the alligators go on Izods. When did our heroes find time to make these? Or did they farm out the assignment to the Tethered after they'd finished making red jumpsuits?

(11) New York in 2012. Look how young our heroes were! Look at the phenomenal call-backs to The Winter Solider! Look! Tilda Swinton!

(12) Asgard in 2013. Pretty ballsy to so blatantly remind fans of the absolute worst MCU entry. Bravo, though, for giving Rene Russo some solid material. And bravo to Tom Hiddleston, who, like Benedict Cumberbatch, can somehow steal a scene by doing next to nothing at all.

(13) Morag in 2014. I can't fathom why we're here until Chris Pratt shows up. I also use part of our time on this planet to hit the restroom (the movie is three-hours-plus, dammit!), accidentally coming thisclose to missing the dramatic import of the big Black Widow/Hawkeye scene. It's a restroom-break strategy I don't recommend. 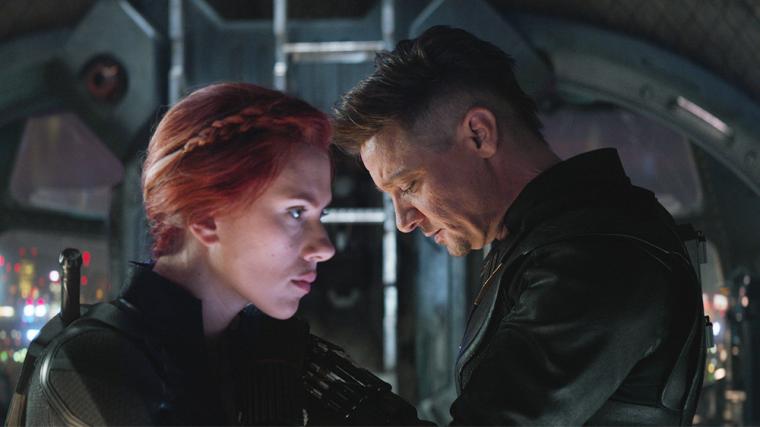 (15) Alan Silvestri's score is pretty overbearing throughout, and actually makes me laugh out loud when Josh Brolin's Thanos sees a flash-forward of his future demise accompanied by the same music that played when we saw this scene 90 minutes prior. Was the music actually not on the film's soundtrack, but rather playing in real time during Thanos' initial execution?

(16) Hail, hail, the gang's nearly all here! Bring on the boring hand-to-hand combat and gajillions of Lord of the Rings-y extras! (This is your restroom break.) But also bring on the exceptional fan service. Among the highest of highlights: Captain America holding Thor's hammer and the deserved shade thrown at Chris Pratt. (“Your options were him and a tree.”)

(18) The Big Tearjerker (you knew one was coming) pulled off with incredible heart, subtlety, and respect. The sniffling patron behind me began openly weeping.

(19) The Reunion, and my God: The cost of first-class airfare for all those people to be united had to account for a third of the film's budget. There have been so many astounding actors in this series! It feels amazingly lump-in-the-throat rewarding to see everyone assembled like this. But as her number-one fan, I gotta ask: Did Rachel McAdams miss her plane? Or her invitation? 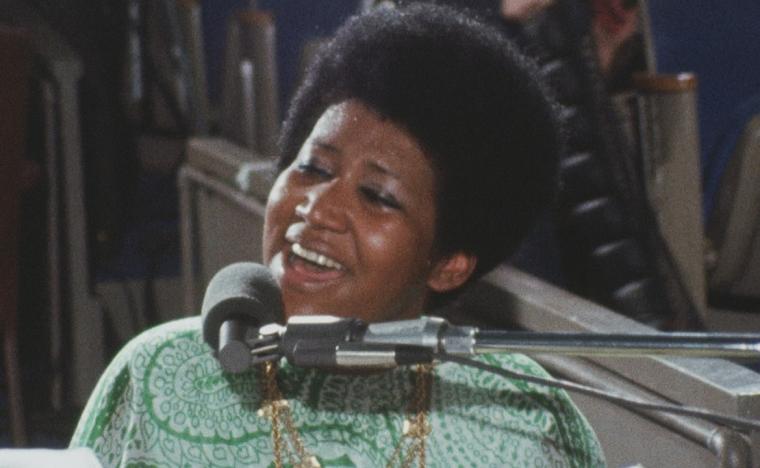 If you've seen Avengers: Endgame and have the time and inclination to travel to Iowa City's FilmScene (and if not, you should really make the time and inclination), you can see another, real-life superhero on one of the venue's screens in the concert film Amazing Grace – the long-gestating documentary on the recording of Aretha Franklin's seminal, 1972 gospel album of the title. The movie is nothing more, and nothing less, than a 90-minute look at how that chart-topping, Grammy-winning album came into being, with the doc's original director Sydney Pollock guiding his cameramen to the smartest compositions in Watts' New Temple Missionary Baptist Church and Franklin singing her heart, guts, and soul out. Trust me: That's more than enough. With the directorial credit now going to Pollock and Alan Elliott – the latter of whom largely salvaged seemingly unusable, lost-to-technical-difficulties footage – I found myself alternately, sometimes simultaneously enraptured, amused, thrilled, charmed, and shaken. When I left the auditorium, though, I felt nothing so much as dehydrated. If the sound of Aretha in her prime – looking incandescently beautiful, singing incandescently well – doesn't move you to tears on a regular basis here, you may be impervious to cinematic emotion. You might well be impervious to life.

If my math is correct, Aretha sings 10 songs in Amazing Grace – or 11, if you count her version of James Taylor's “You've Got a Friend” that, according to the recording session's peerlessly affable and riveting emcee Reverend James Cleveland, is performed mash-up-style in gospel and pop renditions. The title number is number six in Franklin's repertoire – the final song of Night One in the doc's two-night shooting – and its glorious rendition, for me, constituted about five minutes of my guttural, soul-lifting, discreetly withheld crying. But as I'll readily concede, I was a mess throughout. There's plenty here to enthrall and fascinate both longtime fans and new recruits: the awestruck reactions of Franklin's audience, some of whom practically need to be carried out on stretchers; the appearances of Mick Jagger and gospel legend Clara Ward; the divinely ecstatic physicality and conducting of the Southern California Community Choir director whose perfectly appropriate name I still can't believe is Alexander Hamilton. But as with 2018's Won't You Be My Neighbor?, this year's clear winner of the Documentary Sob-Fest Award is most memorable for the moments that emotionally gut you, be it the moving sight of Aretha's dad Rev. C.L. Franklin wiping sweat from his daughter's brow, or Aretha looking abashed and humbled by the frenzied responses of her church crowd, or any single second of her singing, humming, or wailing the bejeezus out of songs including “Wholly Holy” and “What a Friend We Have in Jesus” and “Never Grow Old.” One of the quotes brandished on-screen in Amazing Grace's trailer is the New York Times' Wesley Morris' accurate assessment: “Don't bring tissues; bring a towel.” At one point in the film, Rev. Cleveland kindly throws a towel directly at the camera. How could he have possibly known, from his 1972 vantage point, that we 2019 audiences would need one? Was he, too, conversant in Quantum Realm physics? Let the Avengers-fan theorizing continue.