“A Bridge Too Far from Hero Street” and “Riding the Rails to Hero Street,” November 10 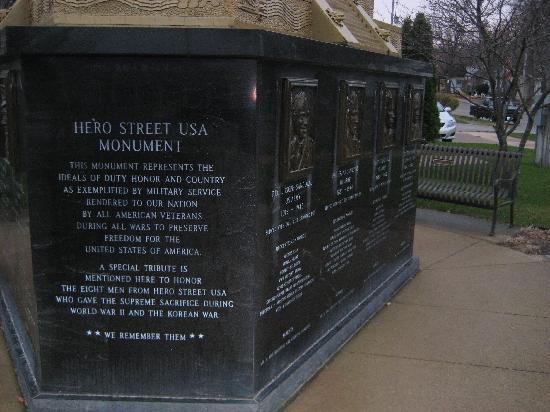 Two new works celebrating American courage, character, and perseverance will debut at the Putnam Museum & Science Center, fittingly enough, on Veteran's Day weekend, with the Davenport venue hosting the premieres of Fourth Wall Films' A Bridge Too Far from Hero Street and Riding the Rails to Hero Street – the latest documentaries in the Hero Street series by area filmmakers Kelly and Tammy Rundle.

The protagonist of A Bridge Too Far from Hero Street, William Sandoval spent his youth surviving the great depression in Silvis, Illinois. His family lived in a boxcar while his father worked for the Rock Island Railroad, and when the railroad drifted into bankruptcy in 1933, Willie joined his parents and siblings in the beet and onion fields of Iowa and Minnesota. The attack on Pearl Harbor on December 7, 1941, motivated Willie and many others to enlist in the military, and at age 20, the young man completed his training and was assigned to Co. F, 504 Parachute Infantry Regiment, 82nd Airborne Division.

After initial and extended combat action in Italy, Willie’s unit reformed in England. In September 1944, he became part of the ill-fated Operation Market Garden. In the wake of the successful D-Day operation, and with an opportunity to take advantage of weakened German forces, Field Marshal Bernard Montgomery’s plan, was for British and allied forces to capture several strategically important bridges in the Netherlands, creating a path to strike at the heart of Germany. The largest air assault in history launched 2,023 troop transport planes and 478 gliders from 24 airfields carrying a total of 45,000 men. The day after his 21st birthday, Willie was one of 20,000 paratroopers who leaped into the sky over German occupied Holland. 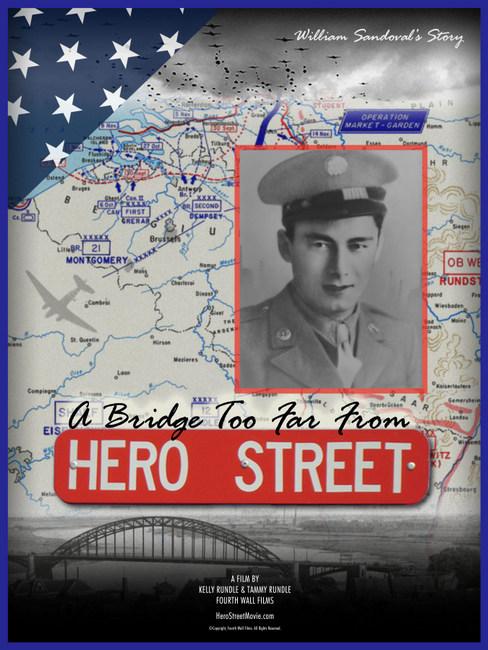 A Bridge Too Far from Hero Street tells the story of World War II paratrooper Sandoval, and authors John McManus (September Hope: The American Side of a Bridge Too Far) Marc Wilson (Hero Street, U.S.A: The Story of Little Mexico’s Fallen Soldiers), and Willie’s family members and friends appear in the debuting documentary, which also features original art by Davenport's Bruce Walters and acoustic-guitar music by Joe Soliz.

The film's companion piece Riding the Rails to Hero Street explores the immigrants’ journey from Mexico to Cook's Point in Davenport, Holy City in Bettendorf, and the Chicago, Rock Island, and Pacific Railroad train yards and boxcar homes in Silvis. The families of Hero Street experienced both acceptance and discrimination in their new community, around the time of the Great Depression, the families were removed from the rail yards and some moved box cars or built new homes on 2nd Street in Silvis.

The double-feature of A Bridge Too Far from Hero Street and Riding the Rails to Hero Street starts at 3 p.m. on November 10 and will conclude with a Q&A session with filmmakers Kelly and Tammy Rundle and other film participants. Admission is $8-9, and more information and tickets are available by calling (563)324-1933 or visiting Putnam.org. For more on the Rundles and their latest works, visit FourthWallFilms.com and HeroStreetMovie.com.