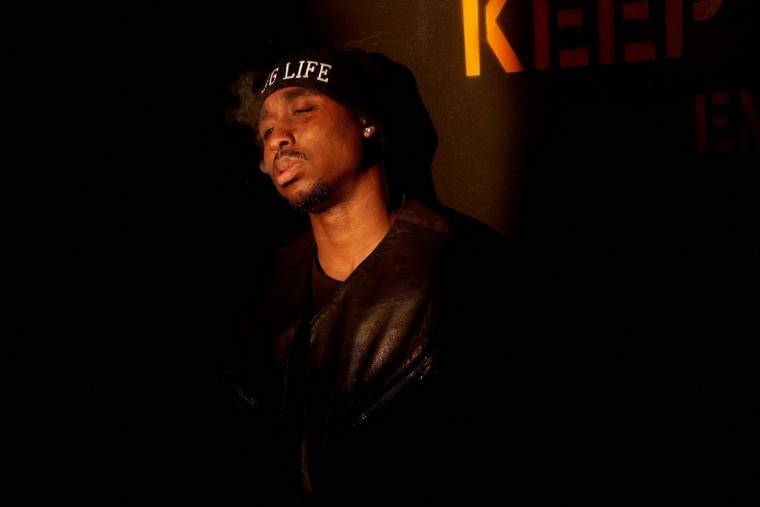 Demetrius Shipp Jr. in All Eyez on Me

ALL EYEZ ON ME

Why do bad bio-pics happen to good people? Director Benny Boom’s All Eyez on Me traces the life of Tupac Shakur literally in-utero to death, and you could, of course, make solid arguments against the rapper falling in that “good people” category. Yet at the time of his murder at age 25, Shakur was an inarguably successful and influential artist, maybe even a brilliant one, and Boom, his trio of screenwriters, and most of his cast prove woefully ill-equipped to handle their subject’s complexity, drive, and talent. The film will no doubt be compared, negatively, to Straight Outta Compton, but its cinematic equivalent is really I Saw the Light, last year’s dreadful “celebration” of country crooner Jerry Lee Lewis. In both cases, character exploration is indistinguishable from a quick skim through the musician’s Wikipedia page, and there isn’t a shred of insight into what it was that made him great. The closest we get to seeing Shakur do any actual work here is a quick flash of him making notebook scribbles on a bed full of nude groupies. You know, just like Stephen Foster.

Points are immediately docked for the employment of the hoariest device in the bio-pic canon: a wheezy flashback structure dictated by questions lobbed at our protagonist during a press interview. (“And that’s when you had some trouble with the law, right?” Cut to Tupac having some trouble with the law.) They’re docked further with Boom’s use of a deadening slow-fade structure that kills the momentum between vignettes and makes the movie feel even longer than the 140 bloated minutes it is. And I didn’t know whether to laugh or cry when, in what felt like the movie’s fifth hour, the heartbreak of Tupac’s impending murder was telegraphed in the most contrived manner imaginable: He finally, finally, made his mother proud by cleaning up his act and meeting the girl of his dreams and agreeing to eat his vegetables. (If that’s not the invitation to a bio-pic slaying, I don’t know what is.)

But barring the solid, watchful presence of Jamal Woolard’s Biggie Smalls (the actor having also played the rapper, as a lead, in 2009’s Notorious), and the amusing scene of Dominic L. Santana’s Suge Knight lording it over his Death Row Records minions like De Niro’s Al Capone in The Untouchables, almost nothing works here. While Tupac portrayer Demetrius Shipp Jr. may be physically right for the role, he only captures the artist’s singular bravado in brief re-enactments from music videos and the movie Juice, and the scenes of Tupac in concert don’t allow us to be duly impressed; with Shipp’s mouth fully hidden by the mic, we can’t even tell if the guy is doing a decent job of lip-syncing. Although the dialogue is a stunningly phony barrage of graceless exposition and portentous rib-nudging, the worst of it falls on Danai Gurira as Tupac’s mom, a former Black Panther and drug addict prone to deathly on-the-nose wincers such as “They’re going to give you the tools you need to destroy yourself!” And, God, the relentless hagiography of this thing! Mentions of misogyny lead directly to a concert sequence showcasing Tupac’s swooning female patrons; accusations of thuggishness lead to a shot of him giving money to a homeless single mother. (Let’s not even get into the astoundingly tone-deaf depiction of events leading to Tupac’s 1995 sexual-assault charge.) Despite the film’s poster promising “the untold story of Tupac Shakur,” Boom and company aren’t interested in the man so much as the martyr, which becomes embarrassingly clear when the late-breaking love of his life (an ill-used Annie Ilonzeh) tells him, “You’ve got this undying loyalty and need to help people – it’s the way you were raised.” Which seems odd, because we thought he was raised by an angry Black Panther and drug addict. At one point in All Eyez on Me, Tupac performs “Same Song,” and the irony is overwhelming, because whitewashing a complicated artist’s life in service of a cheesy bio-pic is Hollywood’s same song, too. 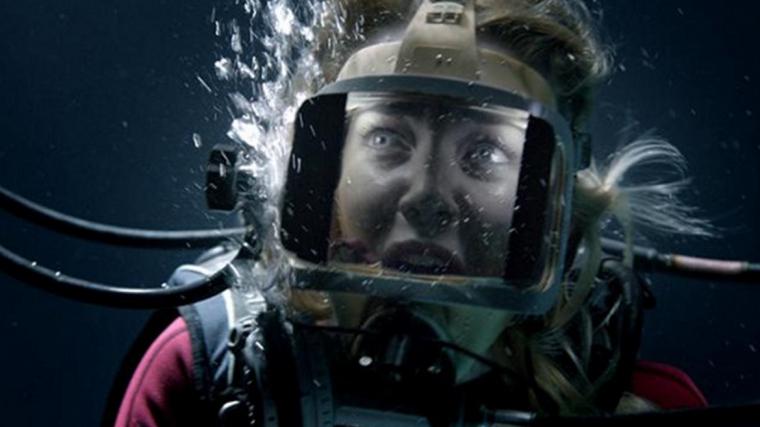 At my Saturday-afternoon screening of 47 Meters Down, it was hard to tell which was scarier: the shark attacks in director Johannes Roberts’ underwater thriller, or that an audience member found it appropriate to bring along a child of two years tops who fidgeted and yowled through two-thirds of the film. As frightening as questionable parenting always is, though, I think I gotta go with the sharks. Roberts’ low-budget tease finds vacationing sisters Mandy Moore and Claire Holt encaged in jaws-infested waters during a scuba venture, and for what it is, it’s pretty effective. The suitably murky photography, with sharks rarely visible until they’re ready to chomp, cannily exploits any number of phobias regarding darkness and drowning – especially during POV shots inside Moore’s scuba mask – and the score by the composing duo tomandandy is throbbing and relentless, like a sustained aural heart attack. Roberts successfully builds tension not only through his sea creatures, but through the siblings’ gradually depleting oxygen levels, their blood-oozing scrapes and wounds, and the mildly untrustworthy “tour guides” whose boat got the women out to sea, and who don’t seem in a rush to get them back. (One of these guys is played by the terminally phlegmatic Matthew Modine, which makes you wonder whether our heroines are better off with the sharks.) And despite having to fight limited mobility and unflattering camera angles, Moore and Holt do their best with their material and are naturally empathetic – so much so that when one of them accidentally dropped a potentially life-saving flare and it sank, more than one nearby patron let out an aghast “No-o-o-o!” (I myself didn’t say it, but was sure thinking it.) All told, 47 Meters Down is an enjoyable seasonal shocker that could sit comfortably beside last summer’s The Shallows, and the only truly painful things about it are the suffocating genre banalities Moore and Holt are forever required to deliver – “I’m so scared!” and “What if the sharks come?!” and “We’re gonna die down here!!!” in seemingly endless loops. Maybe it makes sense that one of our screening’s attendees was a small child. I think she may have written the dialogue.