Camelot? Camelot. I Know. It Sounds a Bit Bizarre: “Transformers: The Last Knight” 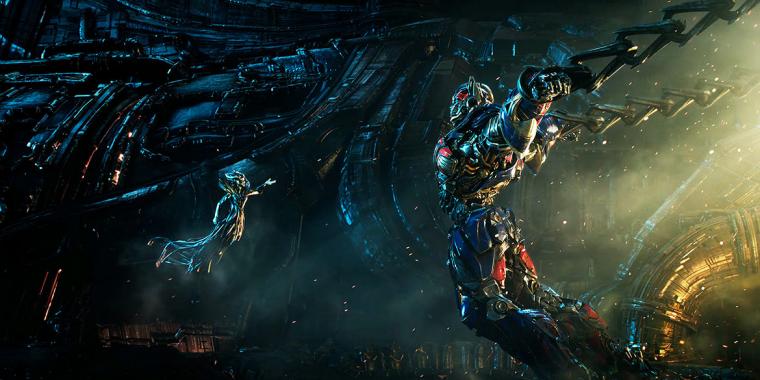 So. In 2014’s Transformers: Age of Extinction, we were shown that it wasn’t the Ice Age that killed off the dinosaurs; it was a race of shape-shifting extraterrestrial robots. Okay. Whatever.

Meanwhile, in the new Transformers: The Last Knight, we’re shown that the interplanetary creatures were also the forces behind the legendary ascension of King Arthur, Lancelot, and the wizard Merlin. Which is ... fine, I guess. Granted, those guys are fictional, but so are Transformers.

Yet it appears that there’s also been this underground society of Transformer sympathizers who’ve long been hiding the beings’ existence on Earth – a secret clan whose membership has boasted William Shakespeare, Harriet Tubman, and Stephen Hawking.

And it seems that these and other historical figures have spent centuries trying to find Merlin’s magical staff – a relic simultaneously sought, for world-domination purposes, by the Transformers’ queen, or mother, or something.

Oh yeah, and it’s revealed that back in the 1940s, one of the ’bots surreptitiously disguised itself as a wristwatch and assassinated Hitler.

From where you are, can you actually hear the blood leaking from my brain? Because from this end, the sound is louder than hell, if not quite as deafening as The Last Knight’s explosions, gunfire, and ambulatory hulks of metal demanding that their assailants “Eat lead, bitch!!!”

By this point, with Michael Bay having now directed his fifth installment (starting in 2007), we know what we’re going to get from a Transformers movie. We also know what we’re not going to get, the long list including narrative logic, geographic coherence, and wisecracks that don’t make you want to hide under your seat in embarrassment. But while this insanely lucrative series has always had the most forgiving of fan bases, will even the devoted be able to view this latest release as anything other than the stupefying, insulting travesty it is? It can’t be easy directing solely with your middle finger, but somehow Bay has pulled it off; in one fell swoop here, he’s turned his humans into robots, his robots into pests, and his worldwide audiences into saps whose goodwill, patience, and money he appears all too willing to waste.

As usual with these things, the list of atrocities begins in The Last Knight’s opening seconds, which is when we first hear the familiar, mellifluous cadences of narrator and eventual co-star Anthony Hopkins. Granted, the words “Optimus Prime” sound pretty awesome coming from Sir Anthony, even if “Megatron” doesn’t fall quite as trippingly from his tongue. But this aural pleasure is immediately voided in Bay’s staging of a siege involving Arthur, Lancelot, and roughly half the extras on Game of Thrones – a confusing and haphazardly cut spectacle that causes one nameless combatant to moan, “This is what the end looks like.” (Sadly, it’s actually what the beginning looks like.) From there, it’s a few theoretically comedic minutes with Merlin, a drunkard on horseback whose introductory line is “God, I’m sozzled,” and who’s played, under heavy makeup, by the oddly loyal Stanley Tucci, who has rarely been worse than he was in Age of Extinction. 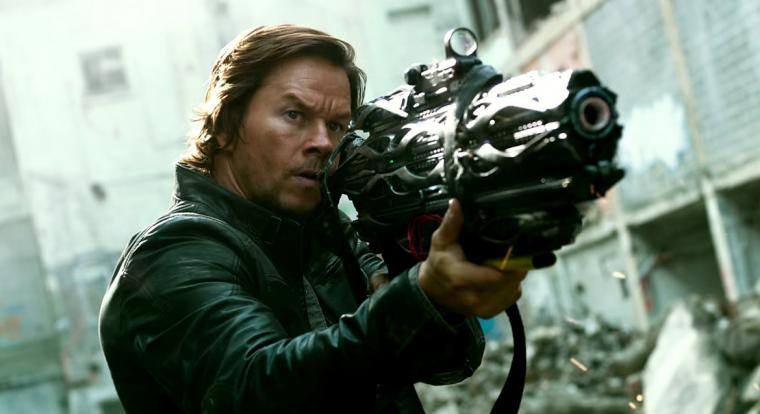 And from there, regarding The Last Knight’s plot, I sincerely don’t know what to say. We flash-forward 1,600 years to the franchise’s present-day Chicago, where one of its junkyard war zones is lorded over by a 14-year-old girl (Isabela Moner) with perpetually tear-stained cheeks and a WALL•E-esque sidekick whose electronic beeps and buzzes she alone understands. A quartet of neighborhood kids arrives on the scene, apparently auditioning for a Stand by Me remake. (Asks one: “Do you wanna see some dead robots?”) Things start exploding. Age of Extinction’s Mark Wahlberg, giving another of his “Look, Ma, no eyelids!” performances, shows up out of nowhere – in slow-motion, natch – and begins shooting. Then we’re off to the Badlands of South Dakota, where franchise faves Bumblebee (Erik Aadahl), Hound (John Goodman), Daytrader (Steve Buscemi), and others are in hiding. Very loud and abrasive hiding. Wahlberg’s there, too, as is a new sidekick played by Jerrod Carmichael. As is, somehow, that little girl, though the “How?” behind her trek from Illinois to South Dakota is left unrevealed. And that’s about as much synopsis as I can deliver without brain-hemorrhaging anew ... even though it’s also only the first 20 minutes of Bay’s 150-minute movie.

I mean, I haven’t even gotten to Peter Cullen’s Optimus Prime – always the most boring of the ’bots – finding his hazy outer-space mission interrupted after being taken prisoner, and turned into Evil Optimus, by a malevolent Trans-Medusa who wants to crash her home planet into Earth. (And who does, in fact, tear apart our moon without Earth’s tides being affected in the slightest.) Or the Arthurian scholar (Laura Haddock) who races around in heels and just happens to be of perfect flirting age for Marky Mark. Or the incessant nattering of the in-the-flesh Hopkins and his robot butler Cogman (Jim Carter), who looks so much like C-3PO that one of the film’s four screenwriters contributes a line acknowledging the fact, perhaps in hopes of warding off a lawsuit.

Let’s see, what else did I hate ... ? How about Bay’s introduction of a whole new set of Decepticons, with their handles – Mohawk! Dreadbot! Nitro Zeus! – helpfully flashing on-screen so parents know exactly which Hasbro toys to get their kids for Christmas? Or series returnee John Turturro yammering on about mojitos and literally phoning in three-quarters of his role? Or that insufferable little WALL•E clone getting the honor of dropping the film’s token F-bomb? Or the fact that, no matter where their adventures take them, Wahlberg and Haddock always seem to have new wardrobes despite neither of them packing an overnight bag? Or the climactic slugfest between Bumblebee and Evil Optimus culminating in the stupidest cinematic stalemate since Batman v Superman and the Rosebud-y mention of “Martha”? Or ... ?

I give up. For two-and-a-half senseless and excruciating hours, the badly staged, badly edited, just-plain-bad Transformers: The Last Knight nearly drained me of my will to live. And I might not have survived without the momentary nuggets reminding me that, despite the movie’s best efforts, our collective hope for humanity hasn’t vanished quite yet. So thank you, Josh Duhamel and Tony Hale, for your brief examples of professionalism and sanity. Thank you, Gil Birmingham, for continuing to prove impervious to offensive material. And thank you, whomever had the idea, for showing us that police cars under this series' “new world order” are no longer emblazoned with the words “To serve and protect”; now they say, “To punish and enslave.” That’s pretty clever. Even if it’s likely what’s emblazoned on all of Michael Bay’s cars, too.