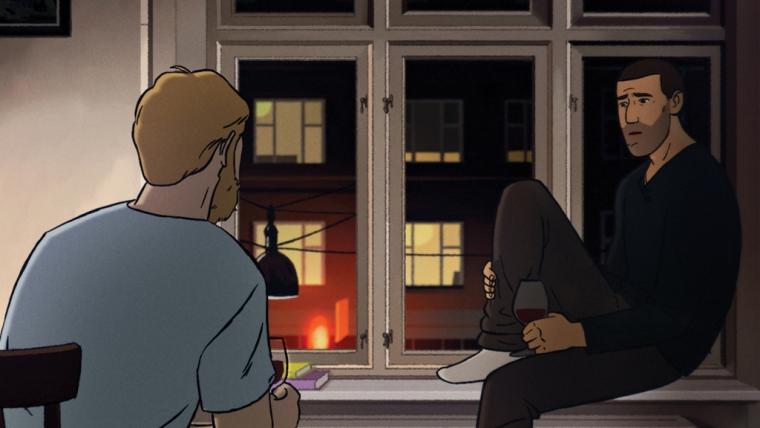 Because Hollywood, these days, evidently refuses to debut new comic-book flicks that aren't guaranteed $100-million openings – thanks a lot, omicron … – the planned January 31 release of Columbia's and Marvel's super-vampire saga Morbius was delayed yet again, with its latest unveiling date of April 1, 2022 marking the film's sixth re-scheduled premiere since the summer of 2020. (At this rate, by the time Morbius finally gets an audience, star Jared Leto will look like his House of Gucci character with no prosthetics required.) And because studios weren't brave enough to counter-program any other wide releases against the Marvel behemoth, that left the Quad Cities with a weekend in which the closest thing to a “new” cineplex offering was a black-and-white version of Nightmare Alley, and crowds ignored Guillermo del Toro's noir even back in December when it was presented in color. I hope, though, that at least a few movie hounds took advantage of the local dry spell and high-tailed it to Iowa City's FilmScene instead, because the venue premiered a terrific subtitled two-fer in Flee and Parallel Mothers – works that don't need to be in English to speak directly to your heart. 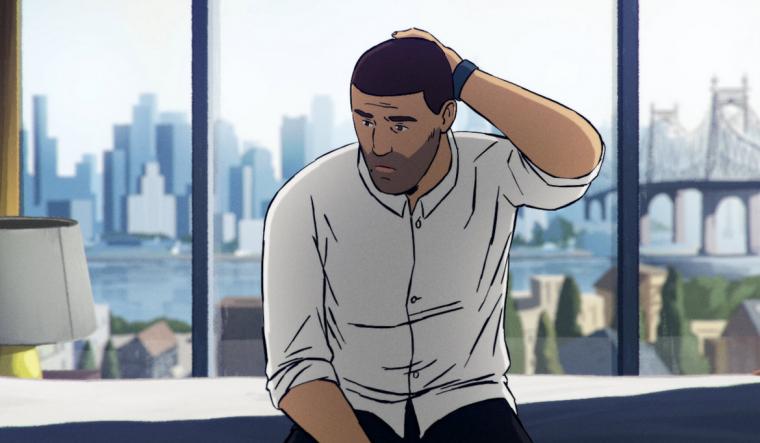 Of the two, Danish writer/director Jonas Poher Rasmussen's Flee is easily the more unusual and inventive outing – and that's surprising, considering that Parallel Mothers is the latest by Spain's reliably unpredictable auteur Pedro Almodóvar. In basic outline, Flee, engaging and affecting though this documentary is, would seem rather conventional: a memory piece in which an adult émigré (pseudonymously named Amin Nawabi) recounts his childhood experiences escaping his homeland of Afghanistan for life in Russia, and then escaping Russia for life in Denmark. As Amin offers recollections that are visualized on-screen, he paints a devastating, frequently horrific picture of suffering caused by war-torn oppression, and doesn't spare us the details of brutal police practices, food shortages, or the claustrophobic terror of illegal travel via cargo container. Yet it's a wrenching story at least made bearable by our knowledge that Rasmussem's interviewee eventually made it out okay. As we discover very early on, Amin's impetus for telling his tale is his impending marriage to a loving man who doesn't know the truth behind why and how his fiancé came to Denmark, given that Amin hadn't previously shared his refugee history with anyone.

And what makes Flee so particularly rich and rewarding as cinema is its stylistic format, because with only a handful of found-footage exceptions, the entirety of Rasmussen's doc is presented through hand-drawn animation. While the actual “Amin” – a longtime friend of the director's – voices his experiences, they're accompanied by simple, beautifully rendered images, and the animation winds up serving so many collective purposes that it's practically dizzying. The most fundamental benefit, of course, is that it allows Amin and his fiancé Kasper their anonymity, because there's no reason to expect their animated equivalents to look anything like the men actually do. But the animation is nearly kaleidoscopic in its function here, underlining the indescribable strangeness of Amin's journey, conveying adult pressures through a child's perspective, and, not for nothing, adding much-needed touches of fantasy and whimsical humor. (Watching one of Jean-Claude Van Damme's '80s martial-arts spectacles on TV, Amin begins to recognize his burgeoning sexuality when the action stud breaks the fourth wall to wink at him.) Propulsive, nerve-racking, moving, and ultimately fiercely hopeful, Flee is utterly magnificent, and perhaps the first movie ever to be a legitimate Oscars possibility for Best International, Documentary, and Animated Feature recognition. I hope it snags all three. 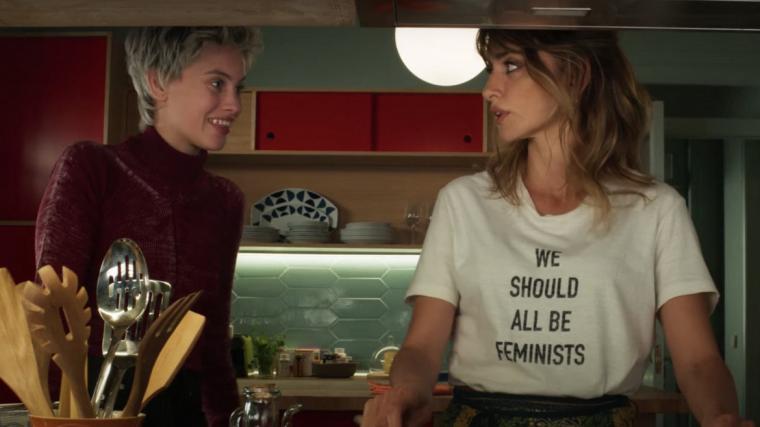 If a synopsis of Flee's narrative makes the film sound like a standard talking-head doc, the synopsis for Almodóvar's Parallel Mothers probably makes it sound like a sitcom – or, perhaps more likely, a warm-hearted dramedy that annually hogs the Emmys. Ostensibly about a photographer in her late-30s (Penélope Cruz's Janis) and a student in her teens (Milena Smit's Ana) who share a maternity room, give birth at the same time, and vow to stay in one another's lives, the writer/director's latest is indeed a movie bathed in warmth and familial love. Presuming an easy entertainment from Almodóvar, however, would be to seriously underestimate the writer/directors intentions and gifts, to say nothing of his fondness for a juicy telenovela – especially when the father of Janis' baby (Israel Elejaide) comments that the dark-skinned child looks nothing like him … and nothing, really, like Janis, either.

Augmenting his domestic saga with a subplot about victims of the Spanish Civil War that turns into the movie's primary reason for being, Almodóvar's aim feels a little all over the map here, and there were two or three overtly melodramatic, inorganic turns that I didn't quite buy. (The cathartic climax to the Janis-and-Ana storyline, too, seemed to materialize out of thin air.) Yet with composer Alberto Iglesias providing a swoon-worthy orchestral score, Parallel Mothers is a ravishingly emotional achievement, Almodóvar's script crafting incisive echoes between past and present and his controlled, confident direction delivering both significant dramatic weight and charming pleasures of the mundane. (I could've watched the happy cooing of Janis' infant, her wee little ears noticeably pierced, all day long.) Plus, in a film of complexly layered, deeply satisfying portrayals across the board, Cruz follows her film-stealing performance in the spy thriller The 355 with maybe the most quick-witted, soulful, heartrending work of her eight collaborations with Almodóvar to date. Thank you, Penélope. You made the traditional cinematic wasteland of January a way-better place to be.