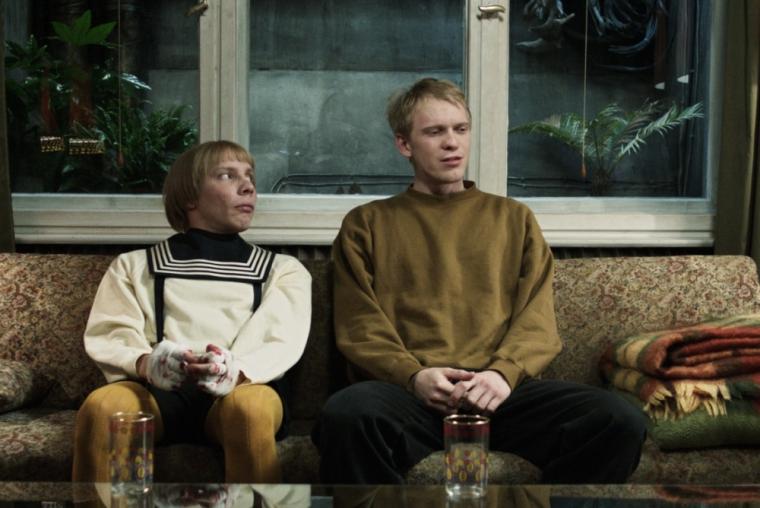 The rare cinematic achievement that currently holds a perfect 100-percent critical-approval rating on RottenTomatoes.com, the outlandishly inventive horror comedy Der Bunker enjoys an October 1 screening as the latest presentation in the Kinogarten series of acclaimed, German-themed works hosted by Rock Island's Rozz-Tox and Davenport's German American Heritage Center, with the work itself the recipient of the 2015 Fantastic Fest's prestigious Next Wave Award for Best Film.

Written and directed by Nikias Chryssos, Der Bunker film centers on a nameless student (played by Pit Bukowski) who has rented a room at a lakeside home with the expectation that he will find peace and quiet. However, after he arrives, the student finds that the room was far from what he was expecting, as the home is actually a bunker. The film's protagonist chooses to stay regardless, but not long after his arrival, his bizarre landlords (Oona von Maydell and David Scheller) begin to insist that the student tutor their son Klaus (Daniel Fripan), whom they believe will one day become President of the United States despite being born in Germany. Stranger still are the parents' habits of insisting that an alien is presently residing within the mother's leg, and that Klaus is only eight years old despite looking far older.

With Chryssos' bizarre and darkly hilarious offering also receiving the Prix du Jury prize at the 2015 Mauvais Genre Film Festival and the Best Film award at the 2016 La Mano Festival, Der Bunker has earned universal acclaim to accompany its trophies. Collider raved, “A unique piece of work, Der Bunker is twisted yet engaging, abstract, and parabolic, funny yet flippant.” The Hollywood Reporter praised the film by writing, “Though the story’s anything but realistic, this doesn’t mean that it has nothing to say. Chryssos’ well-paced screenplay suggests something, for example, about the dangers of burdening a child with unrealistic expectations, such as the parents’ insistence on Klaus's preparation for his future in the White House. The fact he's a German citizen is the least of this kid's problems, as Klaus can't even remember the capitals of Belgium and France.” And Exberliner also highly praised the movie, calling it “Funny, horrifying, theatrical, abstract, allegorical, and mysterious.”

Der Bunker will be presented in German with English subtitles, and the film's October 1 Rozz-Tox screening will be held at 8 p.m. either indoors or outdoors depending on the weather. Cans of Octoberfestbier from Chicago's Marz Brewing are $3.50 as the night's drink special, additional beverages and food items are available for purchase, and the screening itself is free. For more information on the evening and the Kinogarten film series, visit RozzTox.com and the German American Heritage Center at GAHC.org.