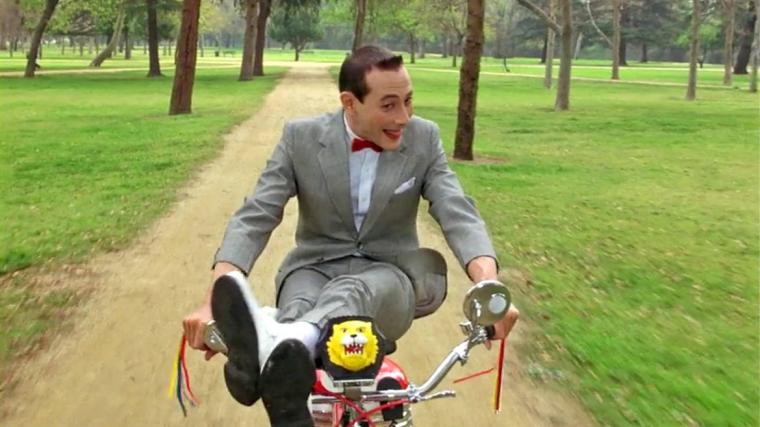 Over the weekend, I re-watched Netflix's recent, Groundhog Day-ish comedy Palm Springs, and was again knocked out by its invention, unexpected thematic richness, and feisty byplay between Andy Samberg and Cristin Miloti. Given the seeming ease with which the comedic, romantic, and even tragic effects are pulled off, I was also, again, wowed by it being the full-length movie debut for Max Barbakow, because while he lists a documentary, a TV mini-series, and a fistful of shorts on his résumé, you'd think directors would need at least a few narrative features under their belts before helming films as confident and successful as Palm Springs. Unless Barbakow is thunderously gifted. Or very very lucky. Or living in a space-time continuum of his own.

Considering the unlikeliness of that latter option, a blend of talent and opportunity is probably what did the trick, and time will tell if Barbakow winds up standing toe to toe with some of our all-time-finest directors who also made spectacular movie debuts. If he does, he'll be among outstanding company, as the following five films from 1957 to 1985 were all the first feature-length releases by directors who have been, or were, significant cinematic forces for more than 30 consecutive years. Don't even try fighting me over inclusion three, because you know you love it, too. Um … right? 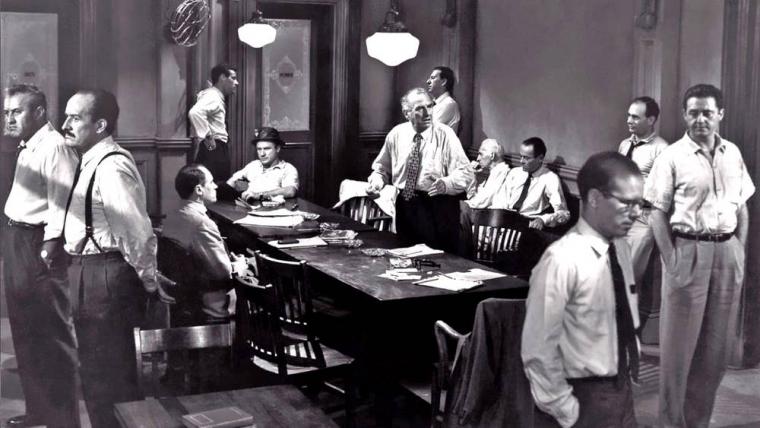 Sidney Lumet, 12 Angry Men: Before making his feature-film debut with this iconic 1957 courtroom drama, Lumet directed no fewer than 45 episodes of series television between 1952 and 1956. But it's one thing to helm half-hour or hour-long programs frequently interrupted by commercials. It's quite another to jam Henry Fonda and 11 middle-aged character actors into a cramped room for 90 uninterrupted minutes and expect instant magic to result. Yet magic was absolutely what we got from this endlessly gripping, unexpectedly cinematic tale of one noble juror refusing to sentence an accused killer to death without at least talking about it first. Given its cast and Reginald Rose's verbose, beautifully structured script (previously written for TV in 1954 and the stage a year later), 12 Angry Men would likely have made for engaging viewing regardless of Lumet's finesse. But the movie is masterfully directed – you can practically feel the interior heat rising in tandem with the emotional intensity and Lee J. Cobb's blood pressure – and Lumet comes up with more visual variations on a dozen men in the same frame than you could imagine. A brilliant debut? Guilty as charged! What Came Next for Lumet: Plenty more theatrical adaptations, with some of the more significant titles including Long Day's Journey Into Night, Equus, The Wiz, and Deathtrap. Loads of entertaining, Oscar-nominated dramas, among them The Pawnbroker, Prince of the City, The Verdict, and Running on Empty. A quartet of 1970s classics: Serpico, Murder on the Orient Express, Dog Day Afternoon, and Network. A 2005 honorary Oscar after four directing nods. And Lumet's final film before his 2011 passing: 2007's Before the Devil Knows You're Dead, which features near-career-peak work by Philip Seymour Hoffman, Ethan Hawke, and Albert Finney. No one wanted Lumet to go, but wow … . What a way to go. 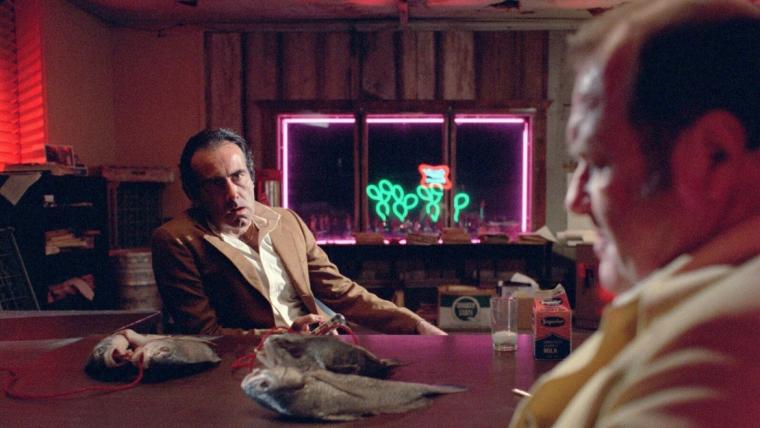 Joel (and Ethan) Coen, Blood Simple: First, a note about that parenthetical, as past Director's Guild of America rules dictated that the Coens not share directorial credit on any of their releases until 2004; prior to that, the duo opted to split the creative recognition by having Joel listed as their films' sole director and Ethan as sole producer. Such nice boys those brothers are! Though “nice” was hardly the descriptor we used to define the Coens' startlingly controlled and confident 1984 debut when “hypnotic,” “nerve-racking,” and “appallingly funny” were far more appropriate. A modern Texas noir concerning an unfaithful spouse (Joel's wife Frances McDormand in her screen debut), the woman's dull-witted boyfriend, and a potentially psychotic private eye, Blood Simple came out several years after Body Heat and quietly trumped it through achingly protracted suspense scenes, a corpse that flat-out refused to stay dead, a riotously vicious cat-and-wounded-mouse climax, and, in the original VHS edition, the best use of The Monkees' “I'm a Believer” ever committed to film. That's the only example of my praise for this thing being even close to faint. What Came Next for the Coens: A complete change of pace with the slapstick of Raising Arizona, followed by another change of pace with the gangster thrills of Miller's Crossing, followed by another change of pace with the writer's-block weirdness of Barton Fink, followed by … . You get the picture. And what incredible pictures they are: Fargo (their first Oscars for writing); The Big Lebowski; O Brother, Where Art Thou?; No Country for Old Men (three more Oscars plus their first shared directing credit); A Serious Man; True Grit; Inside Llewyn Davis; The Ballad of Buster Scruggs … . Next for Joel: an adaptation of Macbeth apparently being filmed without Ethan's involvement. If this is a breakup, I may never recover. 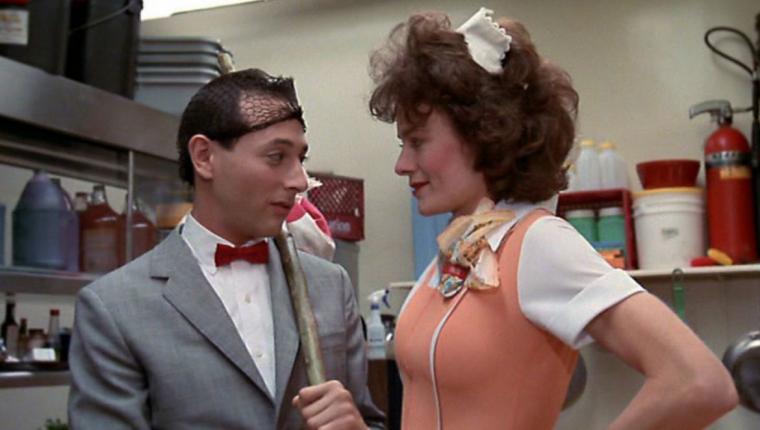 Tim Burton, Pee-wee's Big Adventure: Mock if you must, but I'll gladly argue the greatness of Burton's showcase for Paul Reubens' stunted adolescent Pee-wee Herman any day of the week. I mean, come on! Pee-wee's morning ritual complete with mad-dog toothpaste mouth! His battle of (half-)wits with neighbor Francis! His non-flirtations with Dottie! (“I'm a loner, Dottie. A rebel.”) The psychic telling Pee-wee to find his stolen bike at the Alamo! Jan Hooks' tour guide at the Alamo! The dinosaur museum! The bartop “Tequila” dance! The animal rescue in the burning pet shop! James Brolin! Morgan Fairchild! Twisted Sister! Arriving out of nowhere in the summer of 1985, Pee-wee's Big Adventure was clearly madness, and debuting feature-film director Burton was obviously visually inventive, and as connected to his lunatic id as Reubens was to his buzz-cut alter-ego's. I can still hear my '85 crowd's screams, followed by their howls of laughter, as they made their first acquaintance with the claymation reality of truck driver Large Marge. Thirty-five years later, she's still a delirious, Burton-specific shock. What Came Next for Burton: His only Academy Award nominations thus far were earned for producing Best Animated Feature contenders Corpse Bride and Frankenweenie. Yet a full half-dozen of Burton's titles actually won Oscars: Beetlejuice, Batman, Ed Wood, Sleepy Hollow, Sweeney Todd: The Demon Barber of Fleet Street, and Alice in Wonderland. And while much of his career has been devoted to middling blockbusters, Burton is probably also our foremost director of expensive cult movies considering the love that exists, for some, for Edward Scissorhands, Mars Attacks!, and Big Fish. It appears that Beetlejuice 2 is now on the horizon, and I have decidedly mixed feelings about that. But if Catherine O'Hara can at least be recruited for a “Day-O!” reprise, it won't be money entirely ill-spent.

Steven Soderbergh, Sex, Lies, & Videotape: It was from a guy we'd never heard of. It had an evocative title, but little plot, action, or, oddly enough, sex. (Lies and videotape, however, were copious.) Its most famous performer was that guy who played that sleazebag in Pretty in Pink. And if you want to know where the 1990s' independent-film revolution started, look no further than this 1989 Miramax dramedy that won Palm d'Or and Best Actor laurels at Cannes and cracked the summertime box office's Top 20 on a budget of just over a million dollars. Sure, you can also blame it for Harvey Weinstein's Hollywood ascent, though that's hardly the film's fault. But I prefer to remember Sex, Lies, & Videotape as the movie we talked about at the start of my senior year in college, as well as the nimble, clever, phenomenally satisfying sibling melodrama that (a) finally gave James Spader the proper outlet for his reptilian charisma; (b) proved that Andie MacDowell could actually act; (c) introduced us to the too-rarely-glimpsed charms of Laura San Giacomo; and (d) established writer/director Soderbergh as a singular talent whose interests and tastes would prove eternally unpredictable. To wit ... What Came Next for Soderbergh: For nearly a decade after the director's feature debut, it looked like we may have lost Soderbergh to the outer reaches of indie-land with his under-seen, under-liked filmography that included Kafka, The Underneath, and King of the Hill (a Depression-era drama I love). Then he delivered the big hits Out of Sight, Erin Brockovich, Traffic (which won him an Oscar), and the first of the Ocean's Eleven films. Then a blend of indies and mini-majors: more Ocean's, The Informant!, Haywire, Magic Mike. Then his announced 2013 retirement. Then his 2017 return from retirement. Soderbergh's always confounding us. May he never stop. 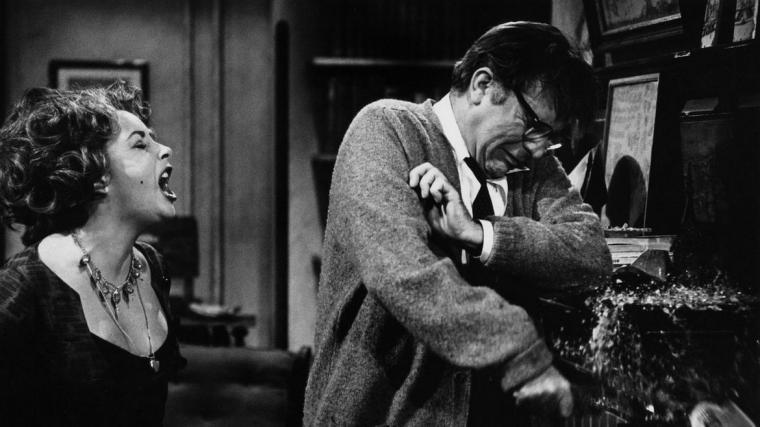 Mike Nichols, Who's Afraid of Virginia Woolf?: I suppose if you're making your feature-film debut on a project starring notoriously combative real-life spouses Elizabeth Taylor and Richard Burton, it helps to be halfway to an EGOT (Emmy/Grammy/Oscar/Tony) before you start. So maybe it was his winning a Grammy in 1961 and Tonys for directing in 1964 and 1965 that led Warner Bros. to hire Nichols for Edward Albee's savage marital comedy/drama despite the man having no evident training as either a couples therapist or lion tamer. Whatever the rationale, the risk paid off handsomely, because 1966's Who's Afraid of Virginia Woolf? remains one of the most peerless of all stage adaptations – a caustic, biting social commentary that equally highlights Nichols' skills as a theatrical director and his preternatural playfulness with film technique. Taylor, in her magnificently ravaged portrayal, has probably never been better. Burton and co-stars George Segal and Sandy Dennis never were, either. And that sad, tender, climactic tableau never ceases to haunt – daybreak, at last, after the worst hours of its protagonists' lives. For fans of Nichols' movie, though, they're two of the best hours of ours. What Came Next for Nichols: Lord almighty, what didn't? His next film was an unassuming little coming-of-age comedy titled The Graduate – maybe you've heard of it? – that netted Nichols an Oscar. He was consequently also nominated for Silkwood and Working Girl, with other cinematic offerings including Catch-22, Carnal Knowledge, Postcards from the Edge, The Birdcage, and Primary Colors. He directed loads more on Broadway, winning additional Tonys for Plaza Suite, The Prisoner of Second Avenue, The Real Thing, Monty Python's Spamalot, and Death of a Salesman. And before his 2014 passing, he directed twice for television – the stage adaptations of Wit and Angels in America – and won Emmys for both. EGOT? E-gads!