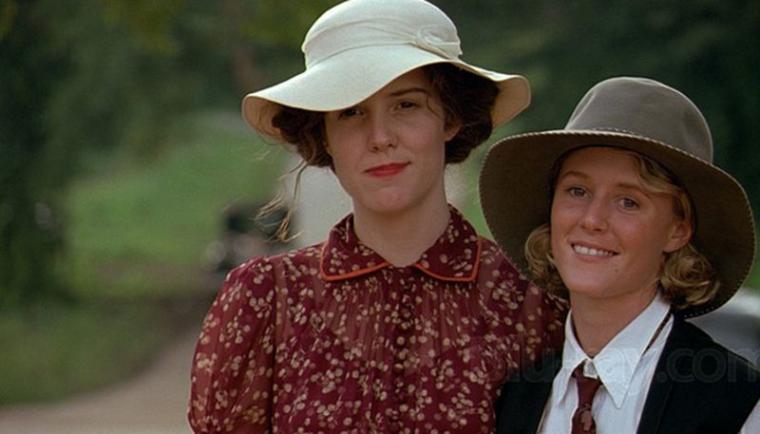 Hailed by the New York Times as an “engrossing” entertainment with “evocative Southern charm,” the Oscar-nominated dramatic comedy Fried Green Tomatoes enjoys a quartet of 30th-anniversary screenings as the fifth presentation in Fathom Events' seventh-annual TCM Big Screen Classics series, its May 9 through 13 run at Rave Cinemas Davenport 53rd 18 + IMAX treating audiences to a beloved favorite that Rotten Tomatoes describes as “powerfully effective.”

Adored for its central quartet of co-stars Kathy Bates, Jessica Tandy, Mary Stuart Masterson, and Mary-Louise Parker, the film was based on the popular book Fried Green Tomatoes at the Whistle Stop Cafe by noted humorist Fannie Flagg, and marked the directorial debut of Risky Business producer Jon Avnet. Fried Green Tomatoes opens on one of trapped housewife Evelyn Couch's traditional Wednesday nursing-home visits, where she encounters Ninny Threadgoode, a colorful character who brightens Evelyn's outlook by sharing tales from her past. As Ninny recounts the exploits of her life, she tells of her free-spirited sister-in-law Idgie, the owner of a small Alabama café in the 1920s, and the bond that the woman shared with her closest companion Ruth. In hearing these stories of the past, Evelyn eventually gains the confidence to change her own life for the better, as well as serving as a loyal and enthusiastic audience for her endearing new friend.

Avnet's debut was released in United States theaters on December 27, 1991, garnered positive reviews from critics, and became a worldwide box-office hit, ultimately grossing $119.4 million on an $11 million budget. Fried Green Tomatoes was nominated for two Oscars at the 64th Academy Awards – Best Supporting Actress for Tandy and Best Adapted Screenplay for Flagg's and Carol Sobieski's adaptation of the novel – and the movie also landed three Golden Globe nominations, among them Best Picture - Musical or Comedy. Audiences polled by CinemaScore, meanwhile, gave the movie an average grade of "A," and after the film's release, the town of Juliette, Georgia, where Fried Green Tomatoes was largely shot, saw an influx of tourists and opened its own Whistle Stop Café – a restaurant recreated to mirror the cinematic set.

Fried Green Tomatoes will be screened at Rave Cinemas Davenport 53rd 18 + IMAX at 3 & 7 p.m. on May 9, and at 7 p.m. on May 12 and 13. For more information on the presentation, visit Cinemark.com, and for more on the seventh-annual TCM Big Screen Classics series, visit FathomEvents.com.