Gluttons for Punishment: "Gretel & Hansel" and "The Rhythm Section" 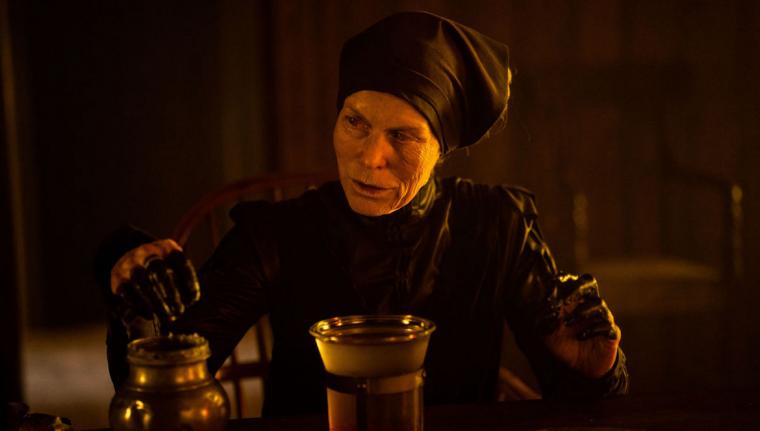 It's estimated that the Brothers Grimm composed roughly 200 fairy tales and folk stories between 1812 and 1857. And I know it would be asking a lot, but based on their delectably macabre new fright film, I'd be happy to start a petition demanding that Gretel & Hansel director Oz Perkins and screenwriter Rob Hayes be given a crack at each and every one of them.

It would be one thing for this period-appropriate take on (obviously) “Hansel & Gretel” to be engaging, spooky, well-acted, visually arresting, and, at 85 minutes, just the right length for its telling, all of which it certainly is. But Perkins and Hayes pull off something rarer and riskier here, courting audience derision – much the way Robert Eggers' 2016 The Witch did – through a bone-deep dread mixed with humor that the Grimms' first readers likely experienced in the 19th century. As someone who made fun of the entire, gender-flipped notion of a Gretel & Hansel prior to seeing it, I am officially eating my words. I promise they're less gleefully upsetting than anything the movie's characters are forced, or perversely delighted, to eat.

You remember the story, right? A starving young brother and sister traipse through the woods in search of food; they stumble upon a gingerbread house and the old crone who lives there; they realize the witch has lured them to her sugary cottage in order to feast on them; they narrowly escape with their lives. Well, that's kind of what happens here, too. The house, it should be said, is no longer made of gingerbread, and is instead a severely angled domicile that would fit right in on the acreage reserved for the weirdos in Midsommar. And although Hansel (a superb Sammy Leakey) is still around eight, Gretel (the magnificent Sophia Lillis from the Its) is now in her mid-teens, acting as her sibling's designated parent in the wake of their mother's madness. Otherwise, though, Gretel & Hansel is very much “Hansel & Gretel,” and Perkins' and Hayes' creation might just rejuvenate your memories of all the tale's horrific narrative points and associations you might have thought you'd erased, or become inured to, forever.

In a way, of course, the film is spoiler-proof. On more fiendishly enjoyable and, dare I say, profound levels, though, it feels like nearly everything about it could be considered a spoiler: the way Gretel's recognition of the witch's malevolence dovetails with the impending power of her womanhood; the children's empathetic gluttony revealed as unrecognized character flaws; the means by which the haggard crone winds up in the oven. (Playing this ravenous beast, Alice Krige – who first gave me nightmares in 1981's Ghost Story – delivers the genre's most exceptional scary/funny old-lady turn since Deanna Dunagan's evil grandma in M. Night Shymalan's The Visit.) With every meticulously composed, beautifully lit shot an evocative thrill, composer Robin Coudert's score a constant nerve-shredder, and the scarcely employed, only-slightly-tacky CGI effects enhancing the horror rather than detracting from it, I loved nearly every second of the spellbinding Gretel & Hansel. I even loved it when the movie bothered to be educational, with the witch explaining to Gretel the secret key to chess: “Remember: The king is scared. Because the queen can do whatever she wants.” 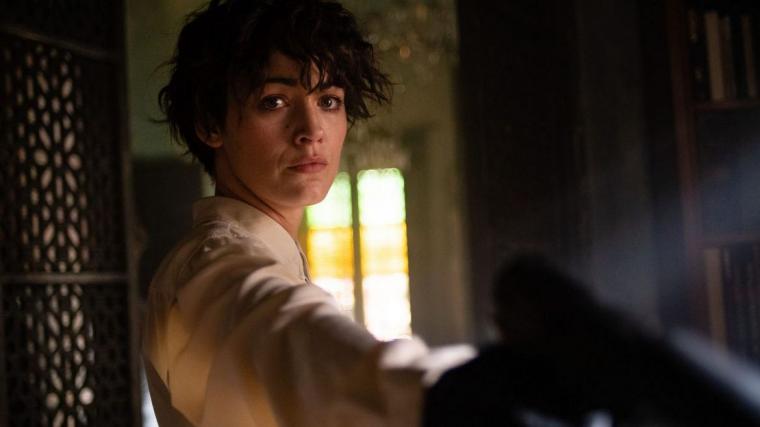 It's been evident for a long time now that despite her Gossip Girl beginnings and almost unseemly physical beauty, Blake Lively can actually act. (If you haven't yet, please watch her in A Simple Favor. She's amazing.) But lord almighty does she expend an inordinate amount of energy reminding us that she can act in The Rhythm Section, director Reed Morano's tale of survivor's guilt leading, as it sometimes does in movies, to an exciting new career as a professional killer.

Playing Stephanie Patrick, a promising Oxford student who loses her entire family in a plane crash that proves to have been a terrorist attack, Lively is on performance overload from the start. (And yes, this includes her speaking with an affected British dialect.) Initially, the grief-stricken Stephanie, with her blackened eyes and hideous complexion, is seen at her lowest ebb, addicted to drugs and turning tricks in a decaying apartment. Then, after learning that the fatal accident was no accident, she locates a former MI6 agent (Jude Law) who forces her into a brutal training program, giving Lively the opportunity to puke and claw at her skin while detoxing. And then Stephanie goes into full-scale vigilante mode, shooting and shrieking and exposing her continually frayed nerves while confronting, usually violently, one mysterious foe or ally after another. Even Lively's hair seems to over-emote, given that, at one point, Stephanie's blond tresses are dyed black and then buried under a red wig. I'd say that Lively's portrayal has “For your consideration” tattooed all over it, but that would suggest that The Rhythm Section was at all worth considering.

On the rare occasions in which Mark Burnell's script (based on his novel) isn't forcing the star into varying degrees of too-much-ness, Lively does come through with subtle, affecting moments that are really quite lovely. I particularly admired her reflexive, understandable panic during a bumpy plane flight, and smiled when, asked by a potential benefactor how she broke into his home, Lively took the tiniest of uncertain pauses before replying, “Far too easily.” (In that instant, you can sense Stephanie's frantic wish that snappy comebacks were part of Jude Law's training regimen.) Yet despite these bits and the solid supporting work – especially by the cagey yet reliably humane Sterling K. Brown – and a frenzied car chase made to look like one unbroken shot from a street corner to the edge of a cliff, Morano's action thriller remains deeply convoluted and motivationally perplexing, if not quite as confounding as the film's title. (For the record, it refers to an assassination technique involving a state of Zen-like calm, which you'll only catch if you're alert for five seconds of off-screen dialogue.) The only thing keeping The Rhythm Section from being completely generic is the vicious ugliness of its fight scenes, and being remembered as “that one where Blake Lively gets the crap kicked out of her” is hardly a synopsis to relish.